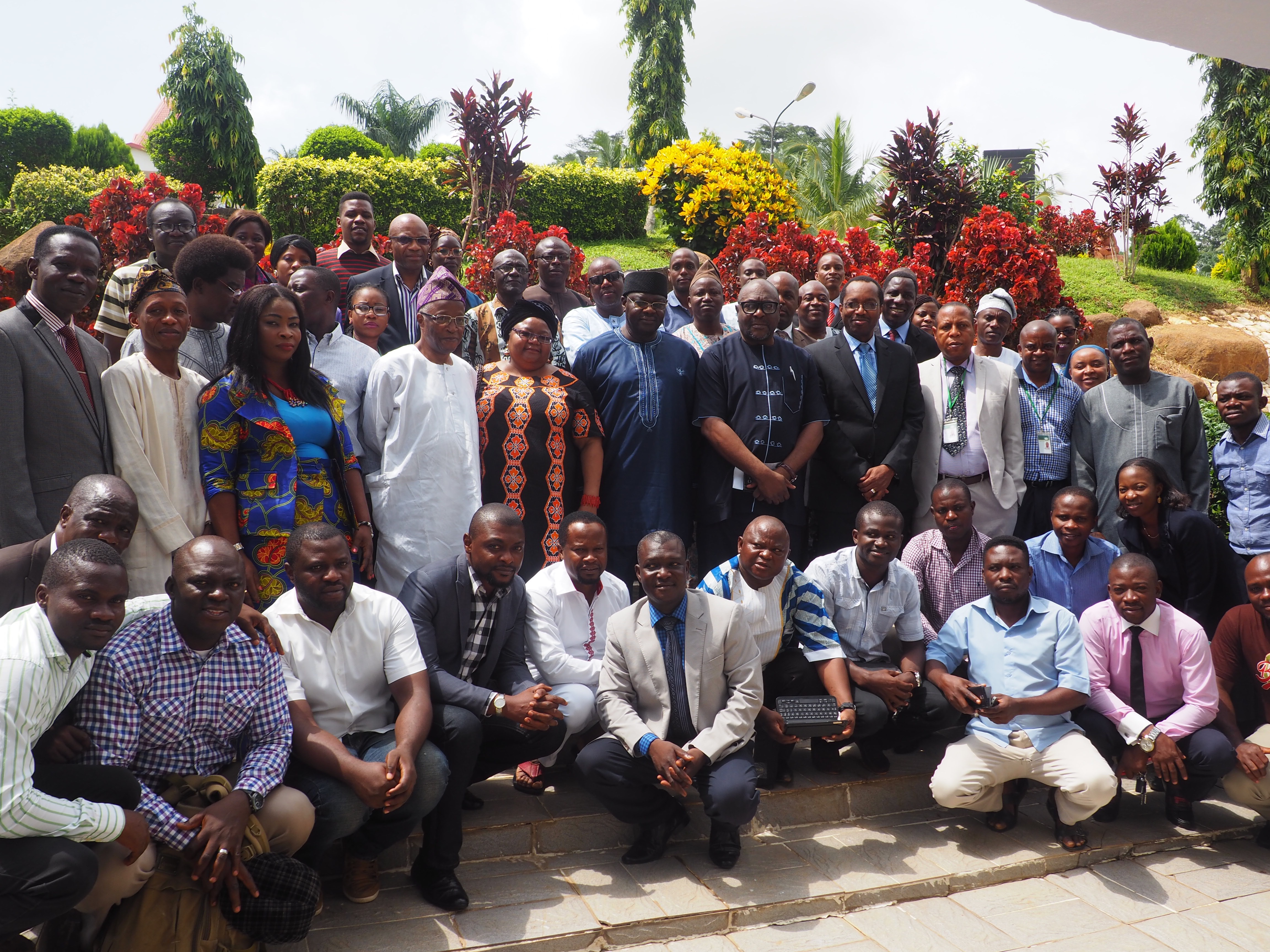 The African Peacebuilding Network (APN) of the Social Science Research Council (SSRC), in collaboration with the Federal University, Oye-Ekiti (FUOYE), Nigeria, held a Regional Proposal Development/Writing Workshop from June 27–29, 2017. The two-day event took place in Oye-Ekiti, Nigeria, and brought together researchers/mid-career university faculty with PhDs, scholars, and practitioners from West African countries. Participants were drawn from Gambia, Liberia, Nigeria, and Sierra Leone. They were also joined by top-level faculty from the Federal University, Oye-Ekiti. Top-level management staff of the university attended some of the plenary sessions as well, including the deans of Social Sciences and Engineering, and the head of department of Peace and Security Studies. Among other outcomes, the workshop offered participants the opportunity to develop their skills in writing highly competitive research proposals, learning more about the goals and activities of the APN, networking with colleagues across the sub-region, and opportunities for engaging with experienced mentors.

The workshop was opened with speeches by Prof. Kayode Soremekun, vice-chancellor of the Federal University, Oye-Ekiti, followed by Dr. Cyril Obi, program director of the APN-SSRC. These were followed by plenary presentations and discussions on the following topics: “Promoting Peace and Security in West Africa: A Historical Overview,” by Prof. Ismail Rashid of Vassar College and chair of the APN Advisory Board; “Choosing Relevant and Convincing Research Topics and Questions for APN Grant Competitions,” by Dr. Amy Niang of the University of Witwatersrand and APN Alumnus (IRG 2013); “Contextualizing Peacebuilding Research Questions in West Africa: Gaps and Priorities,” by Prof. Mojúbàolú Olufúnké Okome of Brooklyn College; and “Conducting Field Research in West Africa: Some Hints on Managing Budgets, Ethics and Cultural Contexts,” by Dr. Ibrahim Bangura of the University of Sierra Leone and APN Alumnus (IRG 2016). Further presentations included: “Designing an Appropriate Methodology for Peacebuilding Research in West Africa,” by Prof. Kenneth Omeje of Bradford University and APN Alumnus (IRG 2013) and Advisory Board member; and “Critical Steps in Disseminating Findings from Policy-Relevant Research in African Peacebuilding,” by Prof. Charles Ukeje of Obafemi Awolowo University and APN Alumnus (CWG Lead Investigator 2014–16).

The plenary presentations were followed by debates as well as question and answer sessions between presenters and participants, which were able to clarify certain critical issues, and allowed for an exchange of ideas on a broad range of matters arising from the lectures. Apart from the plenary sessions, the workshop included small working group sessions on the first and second days, each led by an experienced mentor, where participants had to opportunity to present their draft research proposals and receive constructive feedback from mentors. At the end of all the sessions, there was broad consensus among the participants that the plenary and working sessions were very useful in helping better grapple with the challenges of writing research proposals and updating their knowledge of research methods. Provision was also made for group members to continue to engage with their mentors after the workshop.

Finally, the workshop included a well-attended public lecture on “The Challenge of Peace and Security in Times of Economic Recession,” delivered by Prof. John Ayoade. The event, held at the main auditorium of the Federal University Oye-Ekiti, was chaired by vice-chancellor Prof. Kayode Soremekun, and attracted a cross-section of university staff, students, media representatives, and workshop participants. The workshop and public lecture that followed were very well received and appreciated by participants. This event is part of a series of APN Regional Proposal Development Workshops, which are hoped will continue to expand the diversity of the applicants to APN and similarly competitive research grants and programs.

View photos from the event on the APN’s Flickr.