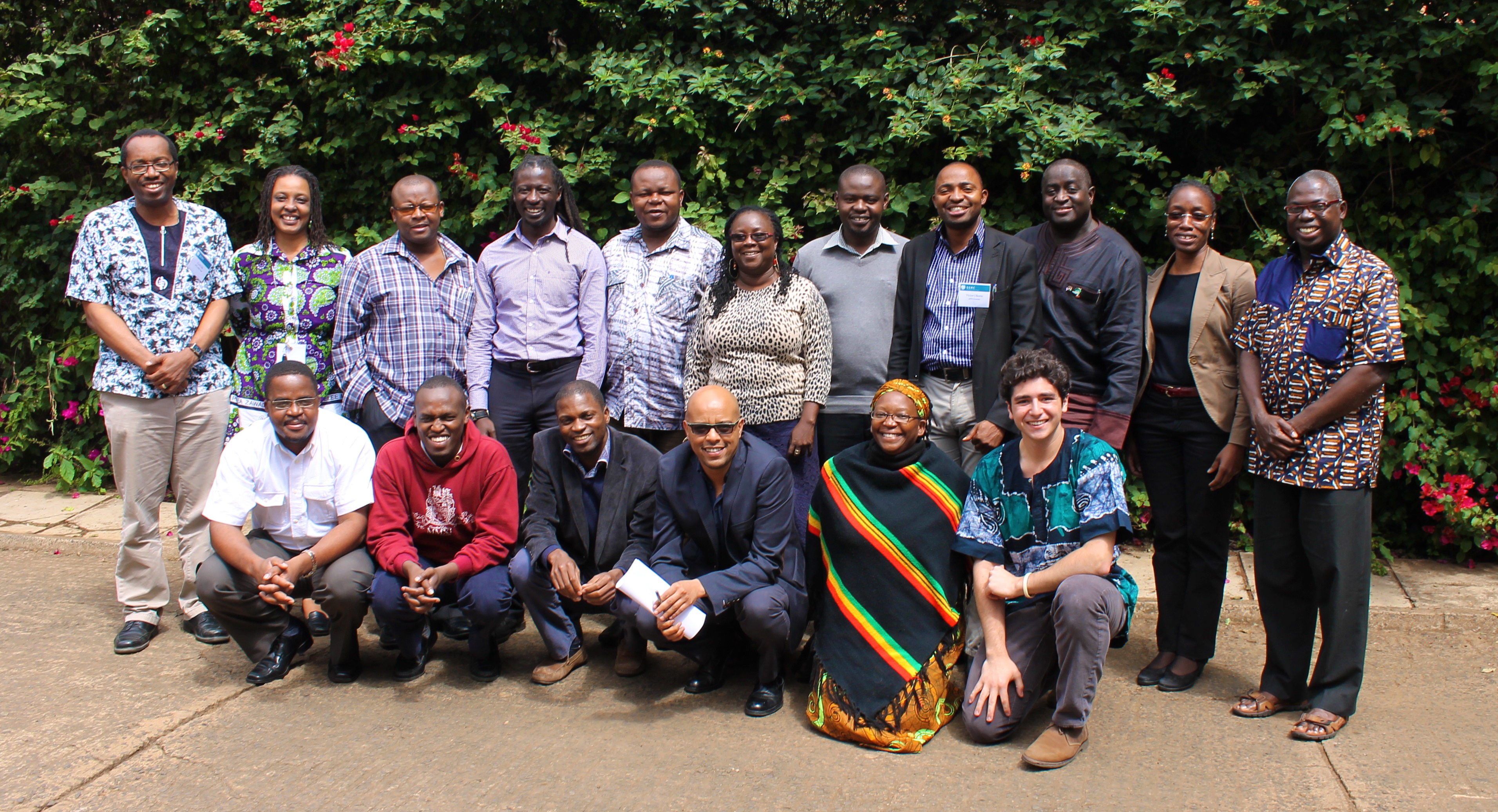 The African Peacebuilding Network (APN) held its first 2014 grantee workshop in Nairobi, Kenya, July 1–3, 2014. Hosted by APN’s partner organization, the African Leadership Centre (ALC), the three-day workshop provided APN grantees an opportunity to refine their research focus and methodologies before conducting their fieldwork, by interacting and developing constructive working relationships with one another and exchanging ideas within small working groups. Representatives from each group then shared their observations and feedback with all participants on the last day during a plenary session. Lectures were also given by well-known international scholars and practitioners working in the field of African peacebuilding, providing grantees with a critical grounding in the context and politics of the conflict and peacebuilding nexus in Africa.

APN grants are meant to promote independent research and analysis on peacebuilding in or near countries and regions affected by violent conflict on the continent. It is expected that the knowledge produced from this research will contribute to the emergence of a critical mass of Africa-based expertise that will shape an African-centered peacebuilding agenda. The APN’s 2014 cohort is comprised of practitioners as well as junior, mid-career, and senior scholars working across Africa in various institutions.