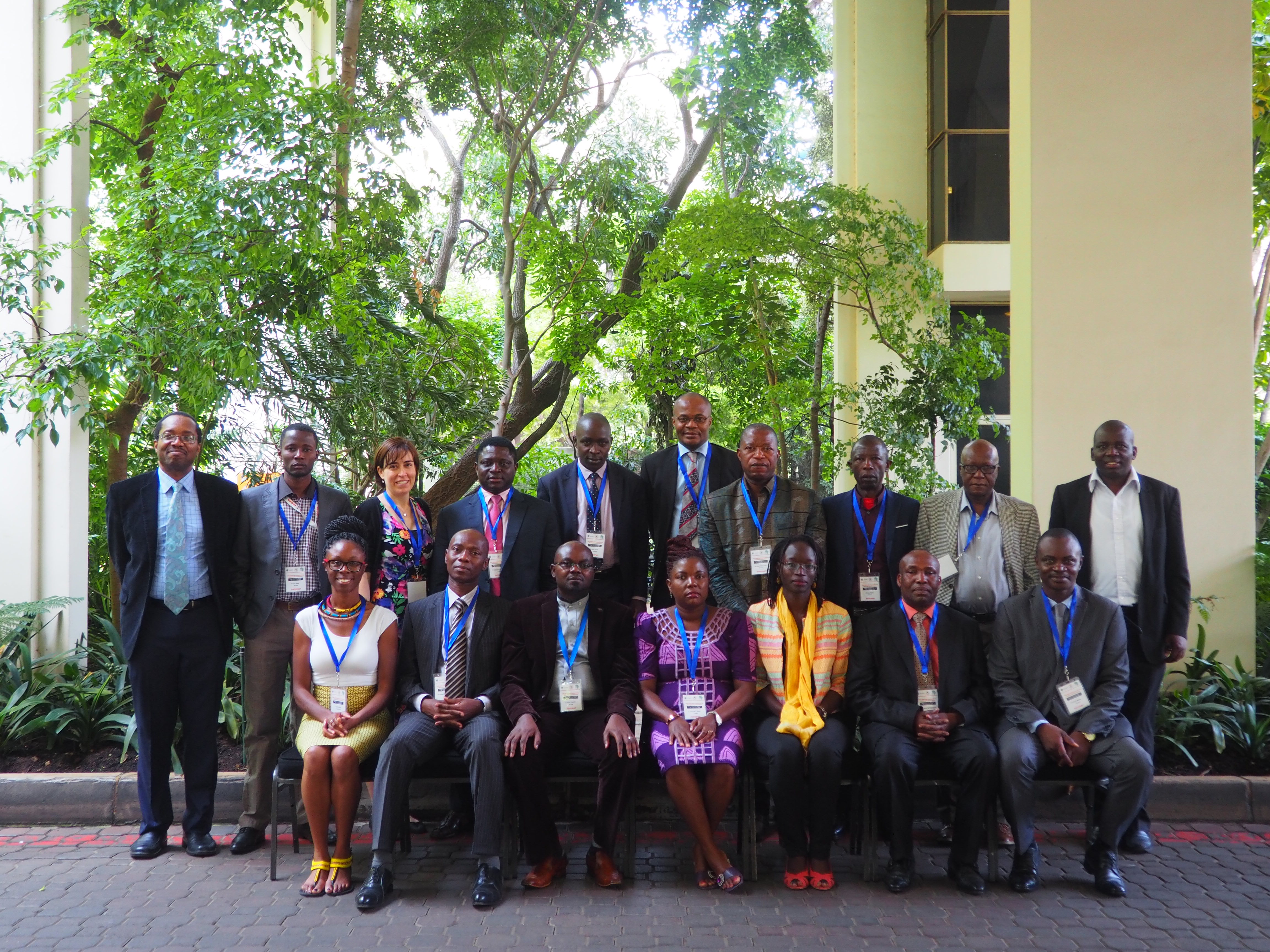 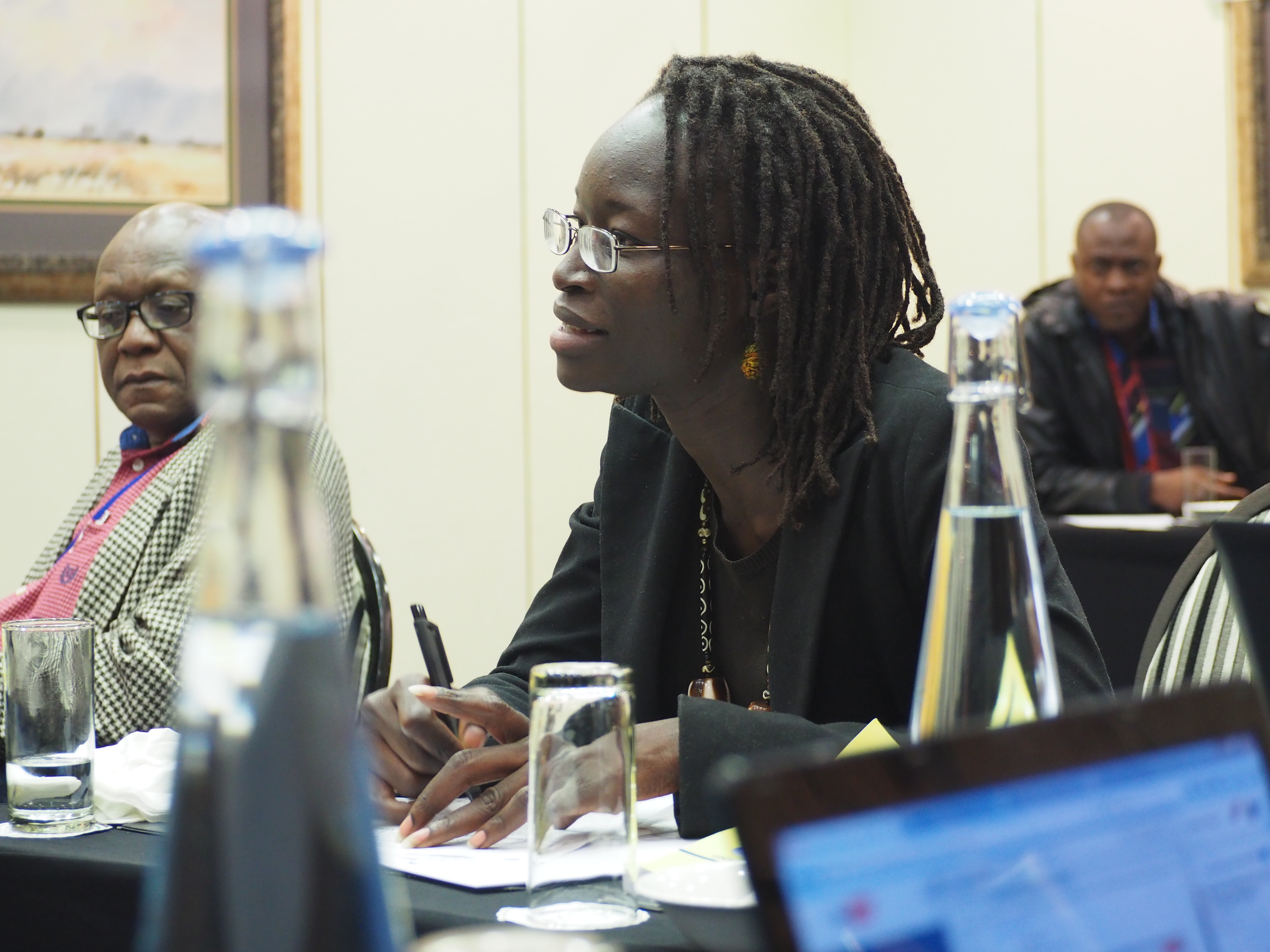 The Social Science Research Council’s African Peacebuilding Network (SSRC-APN) in collaboration with the Institute for Democracy, Governance, Peace and Development in Africa (IDGPA) organized a Regional Proposal Writing Workshop for central Africa, from November 9–12, 2016, at the Burgers Park Hotel, Pretoria. The workshop was part of a series of capacity building initiatives targeted at countries and sub-regions with relatively low levels of representation in APN grant application pools, and grantee cohorts. The proposal development workshop for central Africa followed similar workshops for West Africa and the Horn of Africa.

The workshop brought together junior faculty and scholars from countries in central Africa: Burundi, Cameroon, Rwanda, Democratic Republic of Congo (DRC) and Zambia, who were selected to participate in the workshop on the basis of their research proposals by the co-conveners of the event and members of the APN Advisory Board: Prof. Andre Mangu and Dr. Devon Curtis. Apart from providing a forum for participants to work with senior scholars and mentors to further develop their research proposals, the workshop also served as a good networking opportunity for scholars from the countries of central Africa. Participants were also given the opportunity to interact with senior and experienced academics and practitioners and learn about the research and publishing opportunities offered by the APN.

Following welcome remarks by IDGPA Executive Director, Prof. Andre Mangu and APN Director, Dr. Cyril Obi, plenary lectures were given by two leading scholars and APN Advisory board members. The first on “Promoting Peace and Security in the Great Lakes region of Africa” was given by APN board member Prof. Gilbert Khadiagala, and the second on “Choosing Research Questions and Topics”,  by Dr. Devon Curtis. In a similar vein, the third lecture by Prof. Andre Mangu was on “Contextualizing Peacebuilding Questions in Central Africa: Gaps and Priorities”. All speakers spoke to the critical and emerging issues in peacebuilding in central Africa, providing an overview of the peace and security landscape in the field, and calling attention to gaps in the literature on the conflict-affected countries in the sub-region.

On the second day of the workshop, the emphasis of the lectures was on field research methods component of proposal writing. Prof. Khadiagala and Dr. Curtis spoke to “Designing an Appropriating Methodology for Peacebuilding Research”, while Dr. Yolande Bouka, spoke to “Conducting Field Research in Central Africa: Challenges, Budgets, Ethics, Gender and Some Useful Hints”. In her presentation, Dr. Amy Niang focused on “Strategies for Disseminating and Communicating Research Findings.

Apart from the enriching lectures, the workshop also included working sessions led by experienced facilitators that provided guidance to participants who were organized into smaller groups where they received feedback on, and were helped to refine and further develop their draft proposals. The facilitators included Prof. Mangu, Dr. Curtis, Prof. Khadiagala, Dr. Bouka and Dr.  Niang (2013 APN grant Alumni).  In the closing plenary of the workshop, each participant presented the revised version of their research proposal to all workshop participants and facilitators. They also received additional feedback, while noting how their participation in the workshop had provided them with a good opportunity to strengthen their proposals. Many expressed the view they had been highly motivated to send in applications to various grant competitions, including those offered by the APN.

At the end of the workshop, the consensus was that the experience had been was very informative and helpful to all the participants.

The agenda, full list of names, countries, affiliations and contact information for all participants, and photos of the event can be found in the links below.