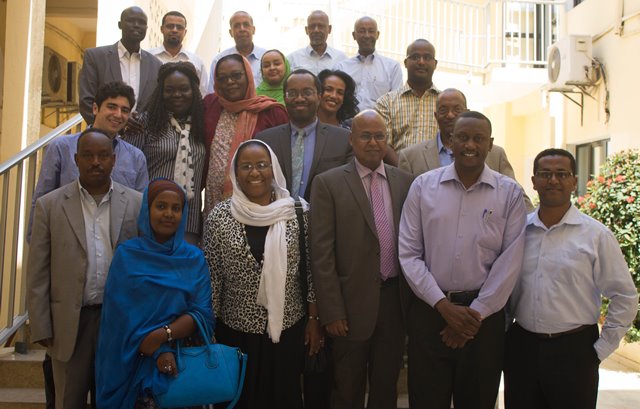 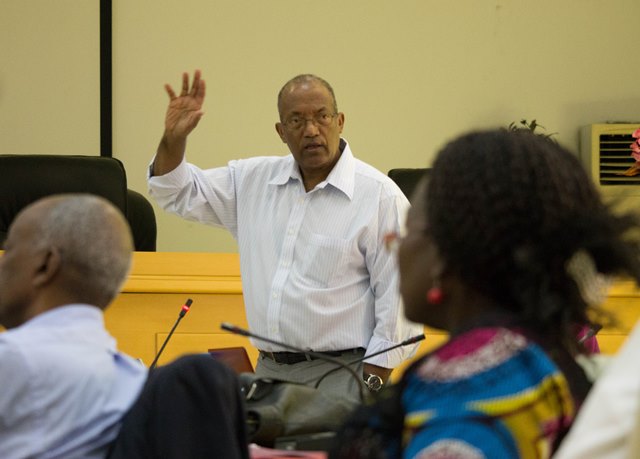 The African Peacebuilding Network (APN), in collaboration with the Greater Horn Horizon Forum (GHHF), organized a two-day regional training workshop for scholars and researchers from post-conflict countries in the Horn of Africa, namely from Djibouti, Eritrea, Ethiopia, Sudan, South Sudan, and Somalia. The event was held February 8–9, 2016, in Djibouti, Djibouti, at the Intergovernmental Authority on Development’s (IGAD) headquarters. It brought together male and female scholars mostly in the early-phases of their academic careers to focus on proposal development and the art of writing high-quality grant application proposals that can contribute to existing African peacebuilding knowledge.

The workshop covered diverse aspects of research proposal development, such as the selection of relevant topics and themes related to proposal writing. It also grappled with the framing of research objectives, questions, and methods; budgeting and planning for research in conflict-affected areas; and strategies for dissemination and publication. Emphasis was also placed on having a strong literature review and the ethical nature of conducting peacebuilding research in conflict-affected areas. In addition, the workshop provided a forum to share information about the APN and its activities on the continent, as well as opportunities for peacebuilding research and networking. Senior professors acting as resource persons gave plenary lectures and worked with younger colleagues to produce high quality research grant proposals in line with the goals of the APN. They also stressed the importance of proposing research topics that are current and innovative, while being feasible and have realistic budget figures.

IGAD’s director of peace and security, Ambassador Tewolde Gabremeskel Redda—who was scheduled to deliver a keynote speech—was represented by Dr. Aleu Garang, the coordinator for IGAD’s Mediation Support Unit. Dr. Garang spoke extensively about IGAD’s work in promoting peace and security in the Horn of Africa, noting that “Peace is a requisite for development.” He further discussed how IGAD supports early warning analysis and dialogue during nation-building processes, and stressed the importance of post-conflict reconstruction. He also gave a succinct account of IGAD’s involvement in South Sudan’s Comprehensive Peace Agreement, as well as the new peace agreement between Salva Kiir and Reik Macher, and IGAD’s close partnership with the African Union, particularly with regards to Somalia.

The event concluded with a closing plenary involving the core participants, and moderated by the chair of the APN’s advisory board. Participants agreed that the workshop had positively impacted their proposal development skills, and many were eager to share their knowledge with others back at their home universities. As one individual commented, “We were asked to come and learn; now we must go back and share with others.” All were keen to initiate future collaboration and networking opportunities with each other. Participants also suggested that more training workshops should be held in countries of the Horn, while others expressed eagerness to work together on joint project proposals and other initiatives aimed towards the disseminating and sharing of research findings. Some took the opportunity to inform attendees of upcoming regional conferences and events and encouraged the sharing of information of funding opportunities and calls for abstracts and proposals.

The APN would like to thank IGAD for providing the venue space, as well as GHHF for ensuring an overall seamless event.