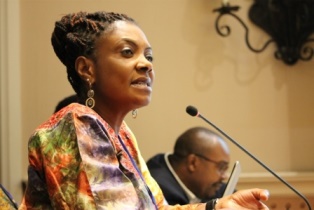 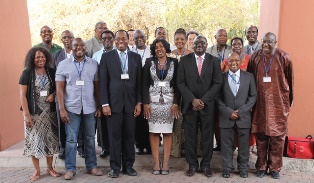 The seminar sought to complement efforts towards bridging the gaps between regional integration and peacebuilding in southern Africa against the background of certain institutional weaknesses and capacity deficits at the regional level. It also promoted debate surrounding issues related to conflict, peace, and regional economic integration in southern Africa, and provided opportunities for panelists to put forth viable policy options to address these issues. As one participant commented, “There is more to peace than just the absence of conflict,” thus challenging those present to find creative ways to mobilize resources to promote peacebuilding in the region, as well as across the continent. Presentations covered a range of topics including migration within the context of regional integration and its economic implications; the role of regional frameworks to increase economic opportunities; gender dimensions of inequality and conflict; and the sources, dimension, and costs of conflicts in the subregion.

The event was held in plenary session format, involving leading experts in both academia and government, as well as policymakers from the Southern African Development Community (SADC) member states, university professors, and practitioners. A special panel was held involving three APN individual research grantees: Professor Pamela Machakanja (2015) of Africa University, Zimbabwe; Dr. Terence Mashingaidze (2014) of Midlands State University, Zimbabwe; and Dr. Gladman Thondhlana (2014) of Rhodes University, South Africa. Their participation in this regional seminar offered a unique opportunity for APN grantees to share the results of their research with a distinguished audience of scholars and practitioners. It also provided a platform for the visibility of their research and integrating such knowledge into regional dialogues with key policymakers and institutions in order to inform government bodies and inspire change.

Participants expressed concern over the fact that while some of the best knowledge on the continent comes from the southern African region, there is little opportunity for that knowledge to be put to good use. There was overwhelming mention of inequality in the region, the economic dominance of South Africa, and the nature of regional integration, including the limited influence of the SADC secretariat. Emphasis was placed on the importance of generating and disseminating local African knowledge to inform key national, regional, and global policy debates.

The meeting concluded with a communiqué which called for specific term limits for political office holders; people-to-people-centered integration without any discrimination or negative profiling to combat xenophobia, which is antithetical to regional integration; and investment in institution-building and capacity development for SADC member states. Emphasis was also placed on the need for more community-based approaches to conflict resolution and management, as well as inclusion and participation in national democratic and development processes and more research and improved interaction between academic and policy communities.