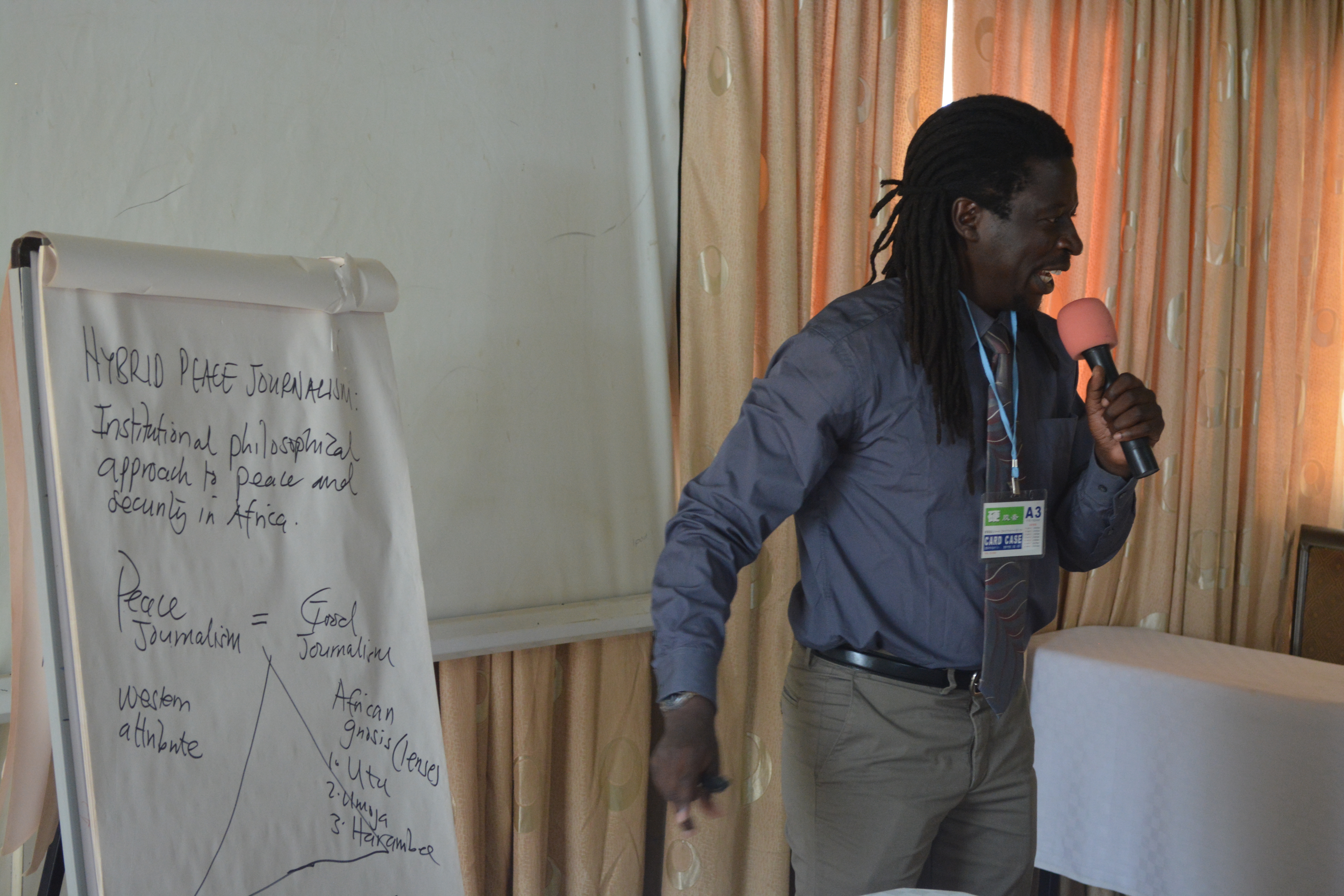 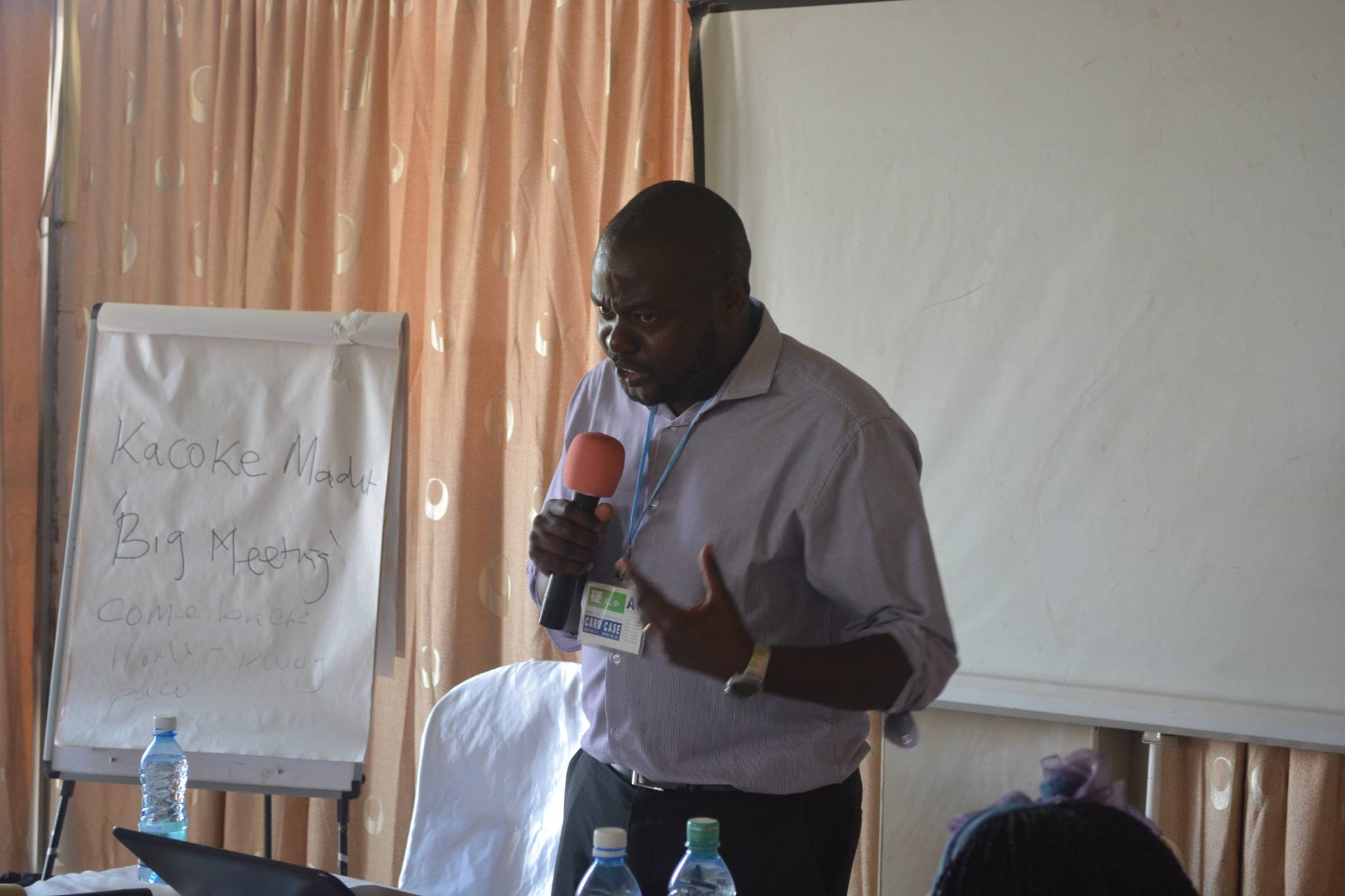 The workshop brought together journalists from five East African countries—Kenya, Rwanda, South Sudan, Tanzania, and Uganda—to discuss capacity-building measures for reporting on conflict in an objective manner, as well as ways to promote understanding of peace journalism theory and practice.

The workshop’s first day examined whether the media serves as a tool predominantly to mediate or intensify conflict. Prof. Youngblood noted the importance of avoiding inflammatory language when covering conflict and encouraged journalists reporting on the upcoming Kenyan elections to employ peace journalism practices. Similarly, Gloria Laker Aciro stressed the importance of peace journalism, citing the positive impact of journalism during the Lord’s Resistance Army War (1988–2006) as an example of the media’s role in the peacebuilding process.

In his presentation on “Media, Terrorism and the ‘Question of Peace’,” Dr. Omanga highlighted four strategies for journalists covering terrorism. These included understanding the logic of terror as well as the context of terrorism, establishing media policies for the coverage terrorism, and being sensitive to language and labels used in reporting.

Discussion around mitigating the risk of inducing or exacerbating conflict through journalism continued on the second day, with lectures from Dr. Ogenga, Dr. Mwende Maweu, and Mr. Bwire. Dr. Ogenga spoke about “Hybrid Peace Journalism: Institutional Philosophical Approach to Peace and Security in Africa.” He emphasized a need for journalism to counter traditional “Western-style” reporting that depicts Africa in a negative light.

Dr. Mwende Maweu spoke to the relationship between the media and human rights and social justice in her lecture on “Peace Journalism and Human Rights,” reiterating the importance of humane reporting and the presentation of a comprehensive narrative of the conflict. Subsequent presentations further discussed peaceful electoral reporting practices and how to adopt peace journalism theories.