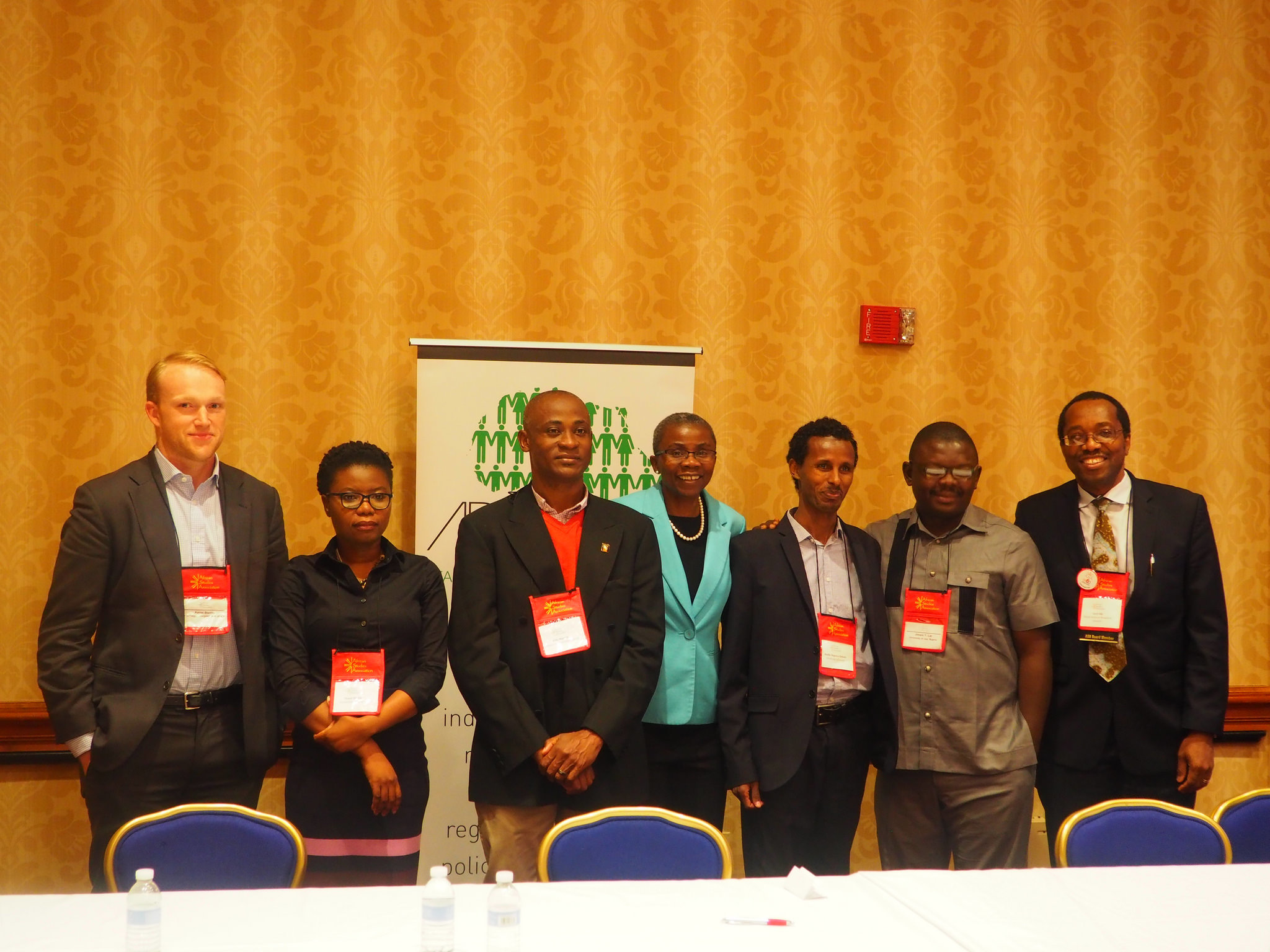 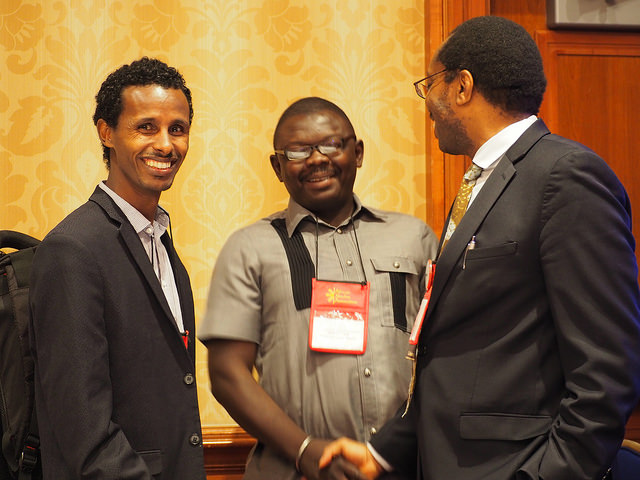 The African Peacebuilding Network (APN) of the Social Science Research Council (SSRC), in collaboration with the Africa Program of the Woodrow Wilson Center held a joint panel on “Imagining Africa at the Center: Bridging Scholarship, Trends and Innovations in Local African Peacebuilding Research and Practice” at the African Studies Association (ASA) 59th Annual Meeting in Washington D.C. on December 2, 2016.

In his presentation titled, “Back to Culture: Cross-boundary Indigenous Peacebuilding Institutions along the Ethiopia-Kenya Border,” Asebe Debelo drew upon his APN-supported fieldwork along the volatile Ethiopia-Somalia border to explore the challenges of indigenous peacebuilding. Drawing upon the case study of the Raba Gada community, comprised of diverse ethnic groups, he examined the initial success of indigenous peacebuilding practices in reducing local conflicts related to land ownership, access to water, cattle rustling, and other forms of inter-group conflict. The presentation also noted the reasons why the initial success could not be sustained, largely due to lack of resources and intervention by the state. It concluded by analyzing the factors behind the fluctuating fortunes of grassroots-led peacebuilding in Africa, including suggestions for overcoming some of these challenges.

In her presentation on “Women’s Movements and Women’s Security in Post-war States,” Peace Medie also drew from her APN-supported field research in Liberia and Cote d’Ivoire, analyzing the impact of globally adopted “norms” for mitigating gender-based violence (GBV) on women’s rights in the two post-conflict nations. She provided an analysis of Liberia’s relative success in reducing GBV and noted the role of resources and influence from UN-supported initiatives in the process. The presentation also explained why Cote d'Ivoire had faced different challenges in overcoming GBV, partly because of embedded cultural hurdles, such as societal taboos and resistance by community elders and politicians. To conclude, she spoke to the differences that the levels of adoption of global norms had on both countries in their efforts to tackle GBV. Noting some of the positive developments occurring in Liberia and Cote d'Ivoire, she also identified ways in which other post-conflict countries could learn from the experiences of both countries.

Dr. Fritz Nganje’s presentation on “Local Peace Communities (LPCs), Pan-Africanism and Social Cohesion in Africa” focused on the re-emergence of South African LPCs in the wake of recurring xenophobic attacks on non-South Africans living in the country. He explored the country’s increased border control policies, stricter restrictions on immigration, and the rather poor treatment of non-nationals. Based on an assessment of the role of LPCs in promoting reconciliation and peace between immigrants and South Africans, he identified some of the complex challenges facing the society. Of note in his view, was the lack of state support and resources to facilitate the work and effectiveness of LPCs.

The three presentations were followed by robust debates by members of the audience, which included a current APN grantee Jimam Lar, who had traveled from Nigeria to present a paper based on his APN-supported research on another ASA panel.

See more photos from the event on the APN's Flickr.