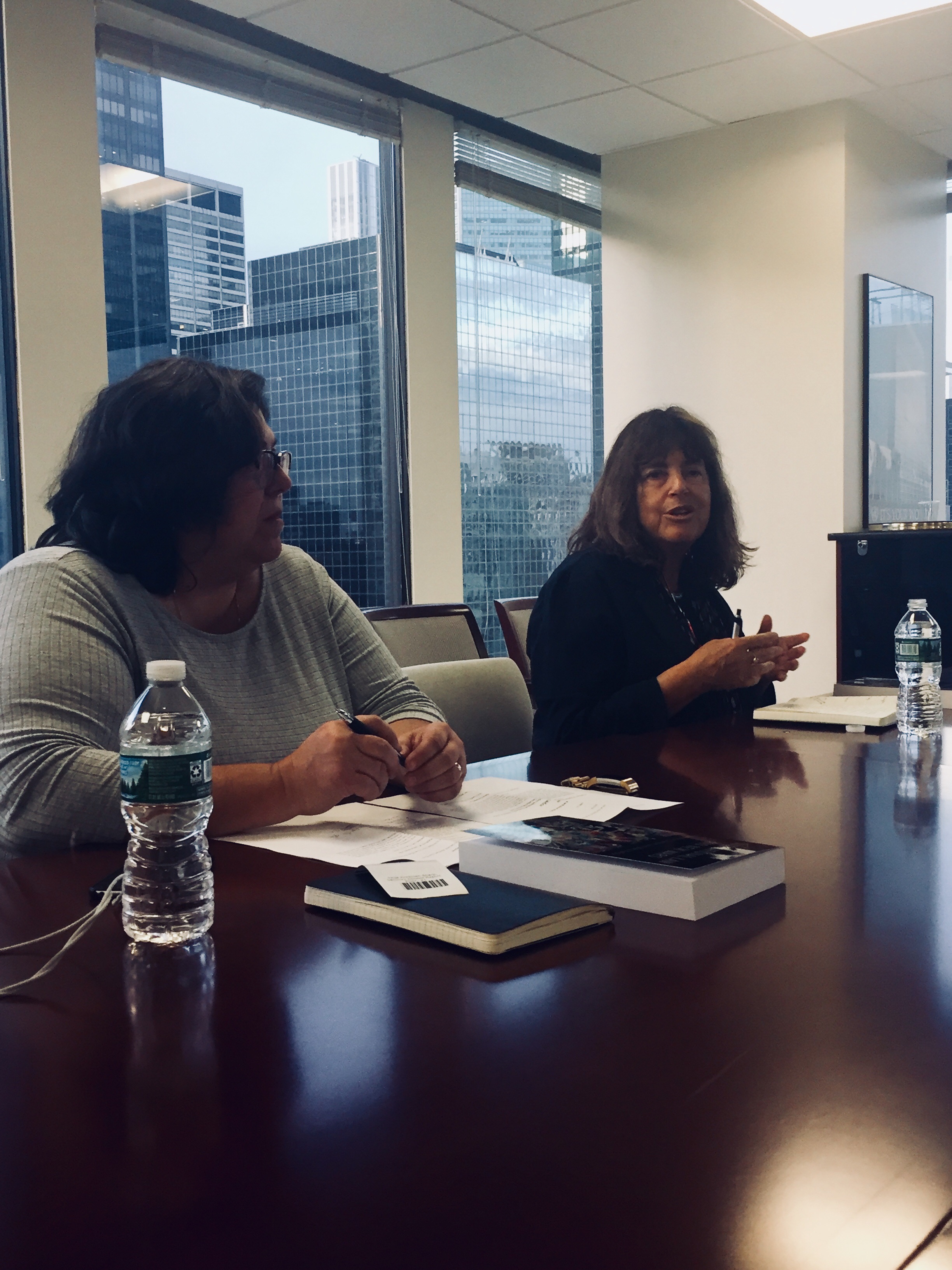 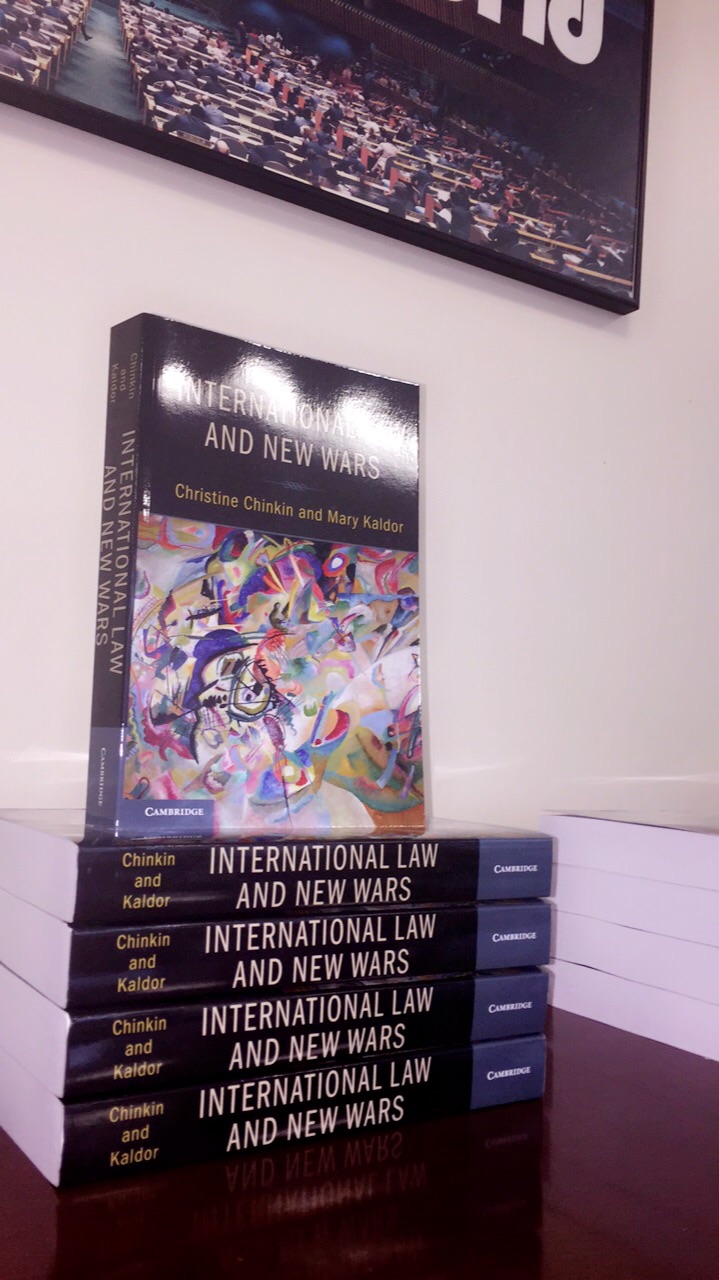 On 9 November 2017, Mary Kaldor, Professor of Global Governance and Director of the Conflict and Civil Society Research Unit at the London School of Economics (LSE), gave a book talk on her recently released book, International Law and New Wars, co-written with Professor Christine Chinkin, at the Security Council Report in New York City. International Law and New Wars examines how international law fails to address the contemporary existence of what are known as ‘new wars’ - instances of armed conflict and violence in places such as Syria, Ukraine, Libya, Mali, the Democratic Republic of the Congo, and South Sudan.

A ‘new wars’ guru, Professor Kaldor detailed the ways in which the outmoded, historical conceptualization of international law – drawn from the experience of the inter-state clashes between regular and identifiable armed forces in 19th and 20th Century Europe (“Old Wars”) – no longer fits the contemporary context. Recent changes in International law weaken the constraints and restrictions on violence in international affairs and deemphasize human security and justice. While ’new wars’ have elements historically associated with Old Wars, such as ethnic cleansing, ’new wars’ are not deep, political contestations that tend to extreme violence, but rather, are a type of decentralized and fragmented violence focused more on the mobilization of ideologies based on fear and the predatory economics of looting and pillaging, rather than winning and losing. Therefore, by virtue of its differing logic, the addition of non-state actors, and its financing by organized criminal activity, ‘new wars’ are conditioned to persist and spread and are difficult to end.

Concerned with political attempts to stretch international law to accommodate ‘new wars’ and associated notions of ‘pre-emptive self-defense’, ‘illegal combatants’, unmanned airstrikes, and targeted killings, Professor Kaldor’s new book analyzes the logic and function of ‘new wars’ to try to address the gap it has created between what is legal and what is legitimate use of force on the political stage. “Law can only function with legitimacy,” said Prof. Kaldor. She called the blurred line between legality and legitimacy that was created by events like the NATO intervention in Kosovo, the 2003 US Invasion of Iraq, and the 2014 Annexation of Crimea dangerous.”

Prof. Kaldor went on to show how the different approaches to war have led to such dangerous interpretations of international law. The first one, based on the international Old War model of great power contestation, military deployment, and classic war fighting she termed the “Geopolitical” model. There is no room for ‘new wars’ in the Geopolitical model, outside of being dismissed as minor, internal expressions of criminal rebellion. Imposing a state-centric, old war mentality on ‘new wars’ exacerbates conflicts and enhances insecurity. The International Humanitarian Law framework also does not do much for its classic role of protection and modifying the scale of suffering for many reasons including the definition of war, the threshold of war, the difficulty of distinguishing civilians and combatants, as well as wooly notions of necessity and proportionality. The second model, the “War on Terror” model, widely expands the justification for war, undermining the 1945 UN Charter prohibiting war, based on an argument that self-defense applies to attacks by non-state actors, as well as a new notion of anticipatory self-defense. It normalizes hegemonic tactics, like the use of chemical weapons, targeted assassinations, torture, and abuse. The problem with the third model, the “Responsibility to Protect Humanitarian” model, is the contradiction between the justification for the use of force and the means; is it possible to protect people from massive human rights violations using means that also violate human rights that risk the lives of those people who are to be protected? Hence in both the Kosovo and the Libya cases, the reliance on airstrikes and armed groups on the ground has highly problematic consequences. The fourth model, the “Liberal Peace,” which characterizes international institutions, tends to start from an ‘old war’ model, in which wars can be ended through diplomatic compromise. The centerpiece of the Liberal Peace is the peace agreement, in which the various criminal actors are treated as legitimate parties to the conflict; even if an agreement can be reached, it will only succeed if it entrenches the predatory and extremist practices of those who participate in new wars. In other words, they can be regarded as ‘mafia truces’ given an international veneer.

At the end of the book, Prof. Kaldor puts forward a practical case for implementing what she defines as the “Second Generation Human Security” model, which outlines the use of force as a form of police engagement, removes the self-defense justification, and posits Human Security as the only legitimate exception for the use of force. It also stresses the importance of international authority for the use of force and the importance of increasing the legitimacy and accountability of the UN Security Council. The objectives and practices under the “Second Generation Human Security” model call on the international community to take the 1945 UN Charter more seriously and emphasizes the role of civil society, human rights, justice, and Criminal Law.

A question and answer session followed the presentation, by which participants were able to discuss the ways in which the Second Generation Human Security model would be implemented and how the model responds to the “Crime, not War” human security issues in Central and Latin America. Prof. Kaldor acknowledged the benefits of imagining her new approach to ‘new wars’ as the “Liberal Peace… done better” and directed the audience’s focus to the need of peace processes, rather than peace agreements, in peace and conflict resolution. The Second Generation Human Security model takes a greater look at supporting what works on the ground – i.e. public services, reconstruction, lifting sieges, changing border crossings, restarting legal political and economic processes – in order to secure people’s safety, deal with the enormous levels of displacement, and combat sectarianism.