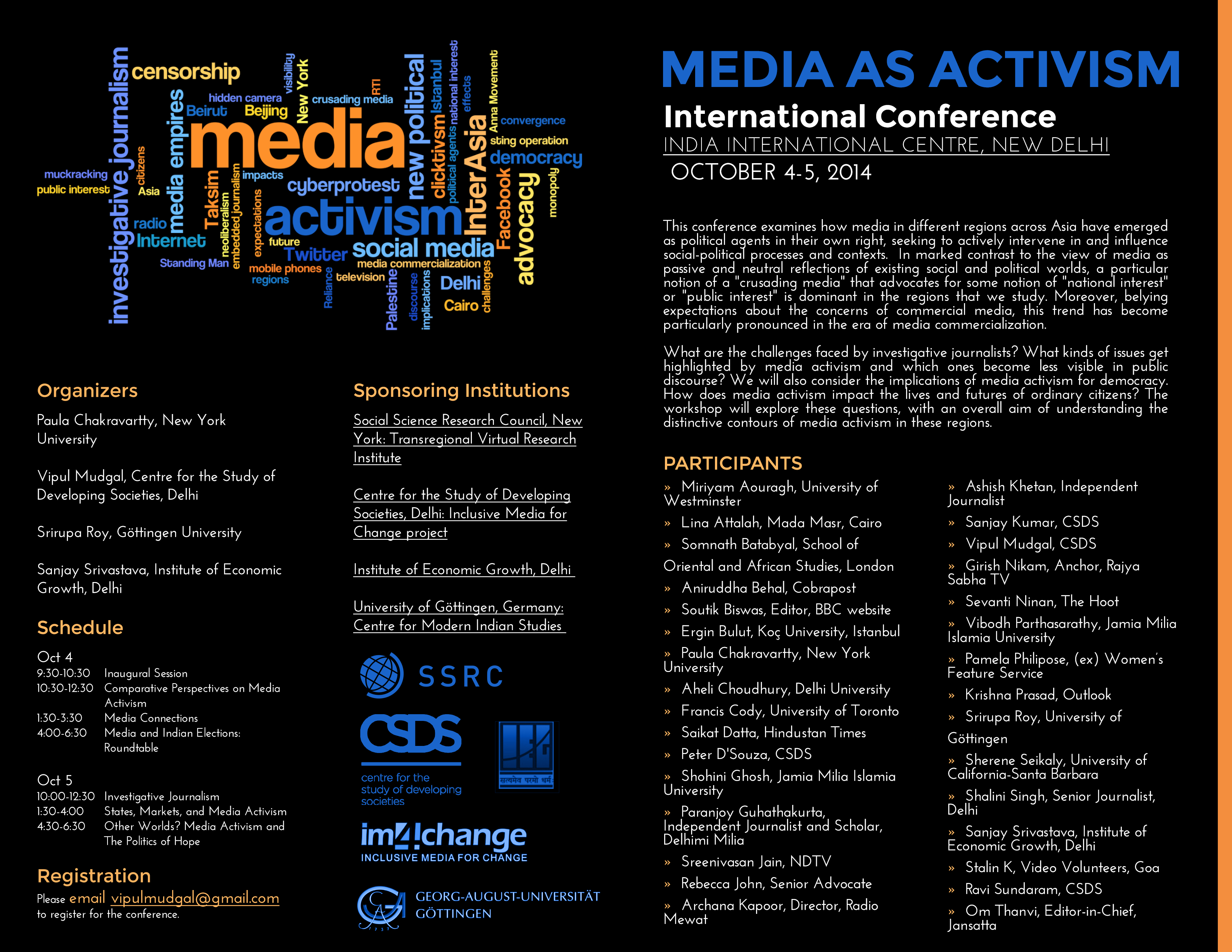 This conference examines how in different regions across Asia the media have emerged as political agents in their own right, seeking to actively intervene in and influence social-political processes and contexts. In marked contrast to the view of media as passive and neutral reflections of existing social and political worlds, a particular notion of a "crusading media" that advocates for some notion of "national interest" or "public interest" is dominant in the regions that we study. Moreover, belying expectations about the individualizing effects of commercial media, this trend has become particularly pronounced in the era of media commercialization.

To understand the genesis and implications of such an "activist media" requires an engagement with questions of media ownership; social composition of the media; networks and relations between media and other social and political actors; media practices such as investigative journalism and tabloid journalism; targeting of different media publics imagined along lines of class/caste, ethnicity, religion, gender, rural versus urban. The workshop will explore these questions, with an overall aim of understanding the distinctive contours of media activism in these regions. What are the challenges faced by investigative journalists? What kinds of issues get highlighted by media activism and which ones become less visible in public discourse? We will also consider the implications of media activism for democracy. How does media activism impact the lives and futures of ordinary citizens?