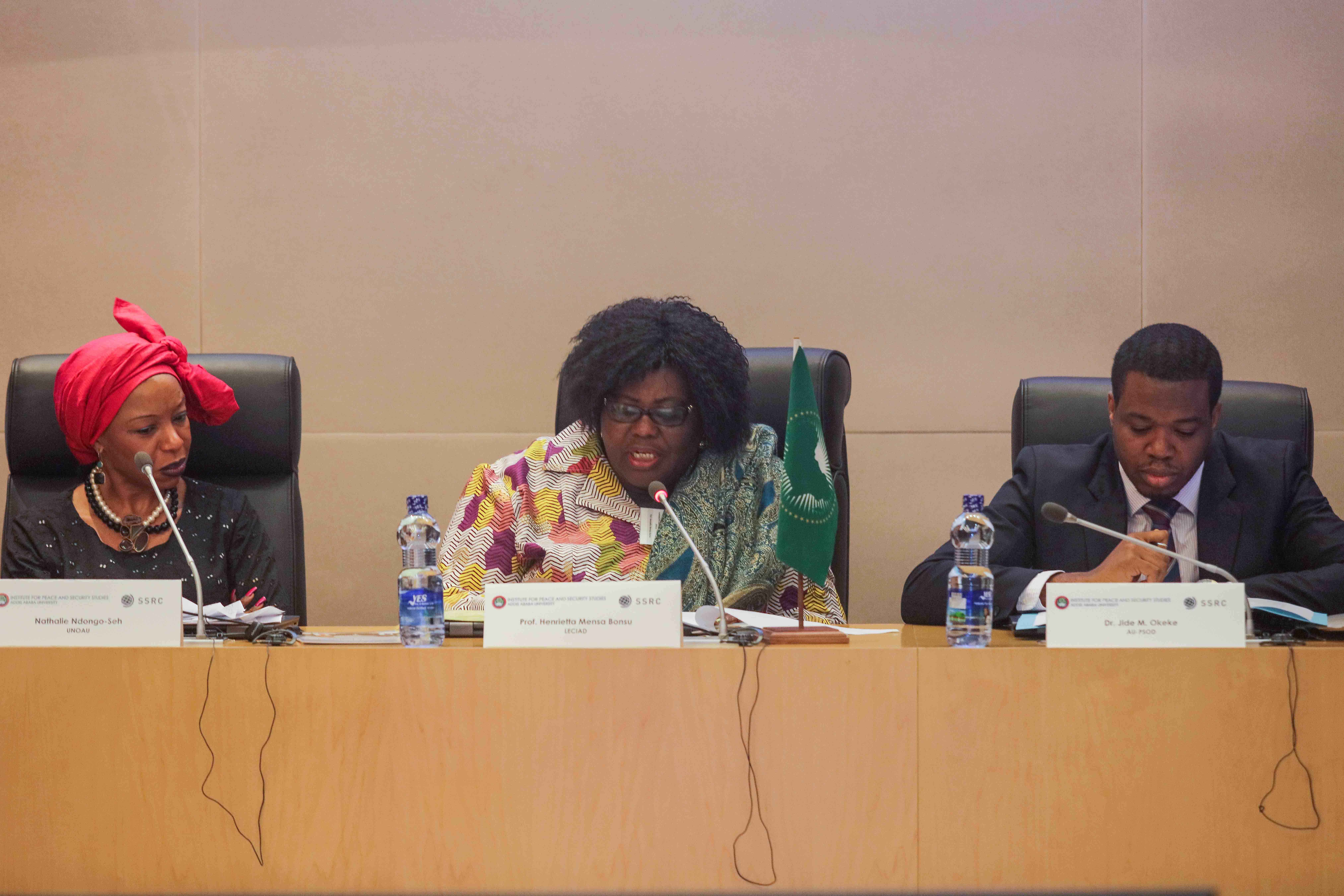 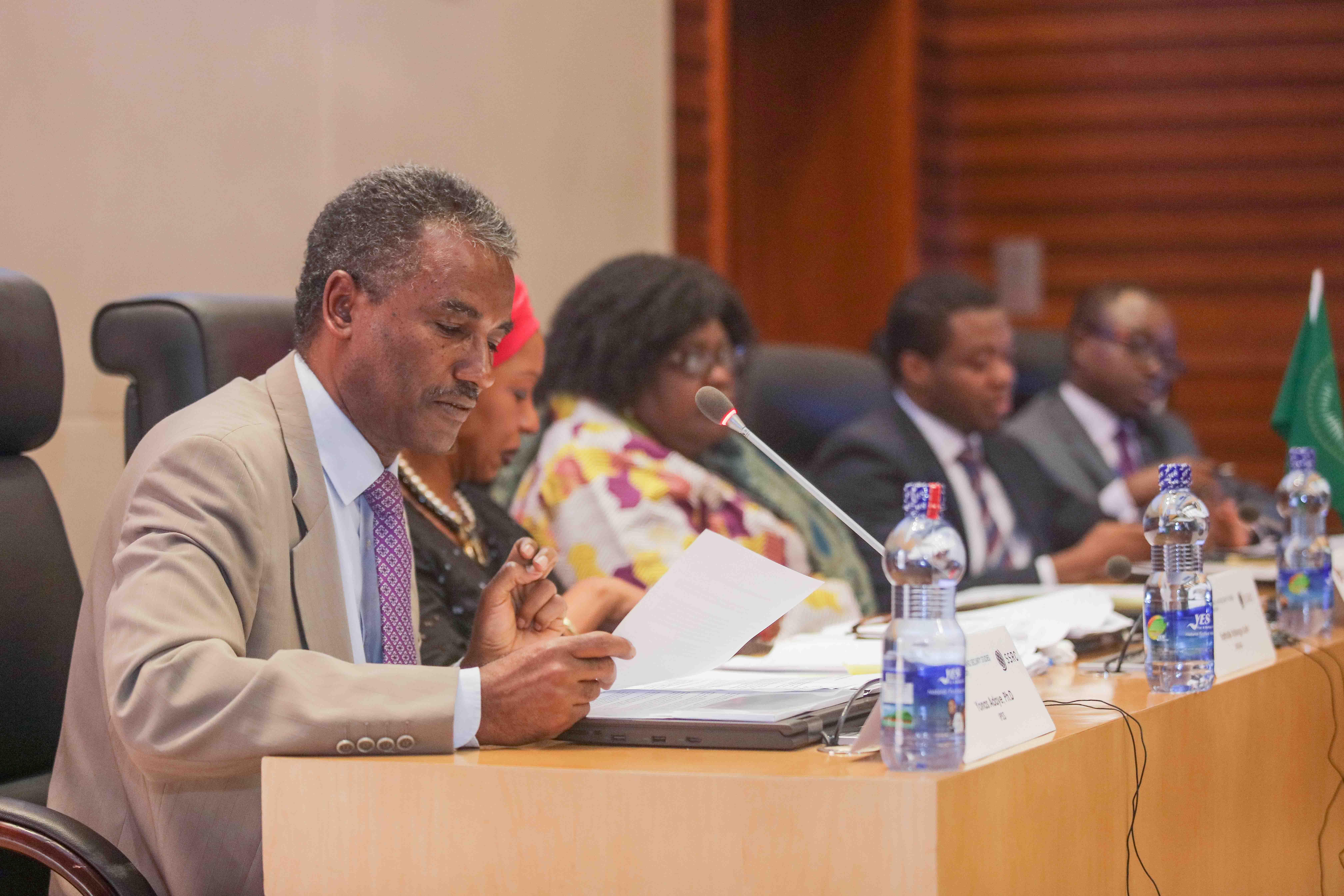 The text below has been adapted from the IPSS original report, which can be found here:

On July 6, 2017, the Institute for Peace and Security Studies (IPSS) of Addis Ababa University and the New York-based Social Science Research Council (SSRC) organized a workshop at the African Union (AU) on "Partnerships and Financing of PSOs in Africa." The workshop aimed to explore gaps in the management of Peace Support Operations (PSOs) on the continent, by assessing current collaborations and financing arrangements.

Africa contributes approximately 51% of United Nations (UN) uniformed peacekeepers, 60% of its international civilian peacekeepers, and 80% of its national peacekeeping staff. Citing these statistics, Dr. Yonas Adaye, IPSS academic director, noted that the AU is the most important partner of the UN in peacekeeping. Research, however, shows that there is an imbalance in the nature of this relationship. Prof. Henrietta Mensa-Bonsu—director of the Legon Centre for International Affairs and Diplomacy (LECIAD), University of Ghana; member of the SSRC's African Peacebuilding Network's Advisory Board; and member of the UN High-Level Independent Panel on Peace Operations (HIPPO)—stated that "in clear contradiction to the principle of complementarity, the trend reveals that the UN takes the lead and mostly pushes the AU aside in managing PSOs."

Despite the failure by the UN to collaborate more closely with regional organizations, the AU itself has fallen short of owning processes to lead PSOs on the continent. Prof. Mensa-Bonsu, in this regard, argued that it is imperative for the AU to finance its own PSOs and rectify its relation with its Regional Economic Communities (RECs). "The ability of the AU to reflect itself as a credible partner fails to hold water when its relationship with RECs remains strained," she added.

Recent developments, however, suggest that Africa’s leaders are taking the initiative to boost the AU with sufficient resources to manage its programmes including PSOs. At the 28th AU Summit in January 2017, leaders welcomed recommendations proposed by H.E. Paul Kagame, president of the Republic of Rwanda, to reform the structure, mandates, and finance sources of the AU. A year before, they declared their commitment to recommendations made by Dr. Donald Kaberuka, former president of the African Development Bank. Dr. Kaberuka’s recommendations were to levy a 0.2% tax on eligible imports to finance the AU’s full operational costs and 25% of the peace fund.

Dr. Jide Martyns Okeke, chief of the AU's Policy Development Unit, Peace Support Operations Division (PSOD); and APN Alumnus (CWG 2014-2016), stated that African states are already working towards implementing the recommendations from the two reports. "However, the ability of states to contribute to the peace fund is a litmus test for the new finance arrangement," he added.

To facilitate the process for financing peacekeeping missions, the AU is also conducting studies to link resources to modalities of intervention. Dr. Okeke pointed out that studies conducted on thirteen PSOs on the continent revealed four major trends: First, the timeline for peacekeeping missions ranged from six to eighteen months (with the exception of AMISOM). Second, the missions are required to engage in more combat operations. Third, an annual budget of $50-200 million was required to fund the operations (excluding AMISOM). Finally, 5,000 to 22,000 personnel were deployed with each mission.

"Based on the trends and subject to receiving 25% of the peace fund from member states, the AU will be able to finance operations that last for six months and involve about 10,000 personnel, limiting the need to collaborate only to missions that require combat operations and with no exit strategy in sight," Dr. Okeke said. His APN Policy Briefing Note, "In Pursuit of Pragmatism: The Peace and Security Council of the African Union and Regional Peace Support Operations," expands on these recommendations.

The UN, for its part, is also reassessing its relation with the AU in PSOs. In April 2017, a Joint UN-AU Framework for Enhanced Partnership in Peace and Security was signed with the purpose of outlining priority areas for cooperation. "The new framework aims to close the gap and reduce competition between the two organizations. A similar conception of the problem at an early stage creates a common understanding of the conflict, its causes and the required means to resolve it," said Col. Nuredeen Kolawole Azeez, head of Operational Planning and Advisory Section, UN Office to the AU.

Participants in the workshop flagged the issue of sustainability in collaboration initiatives between the UN and the AU. Citing the UN's failure to implement recommendations of the HIPPO report, participants called for a clearer arrangement between the two organizations based on the principle of complementarity and the particular capabilities of each organization.