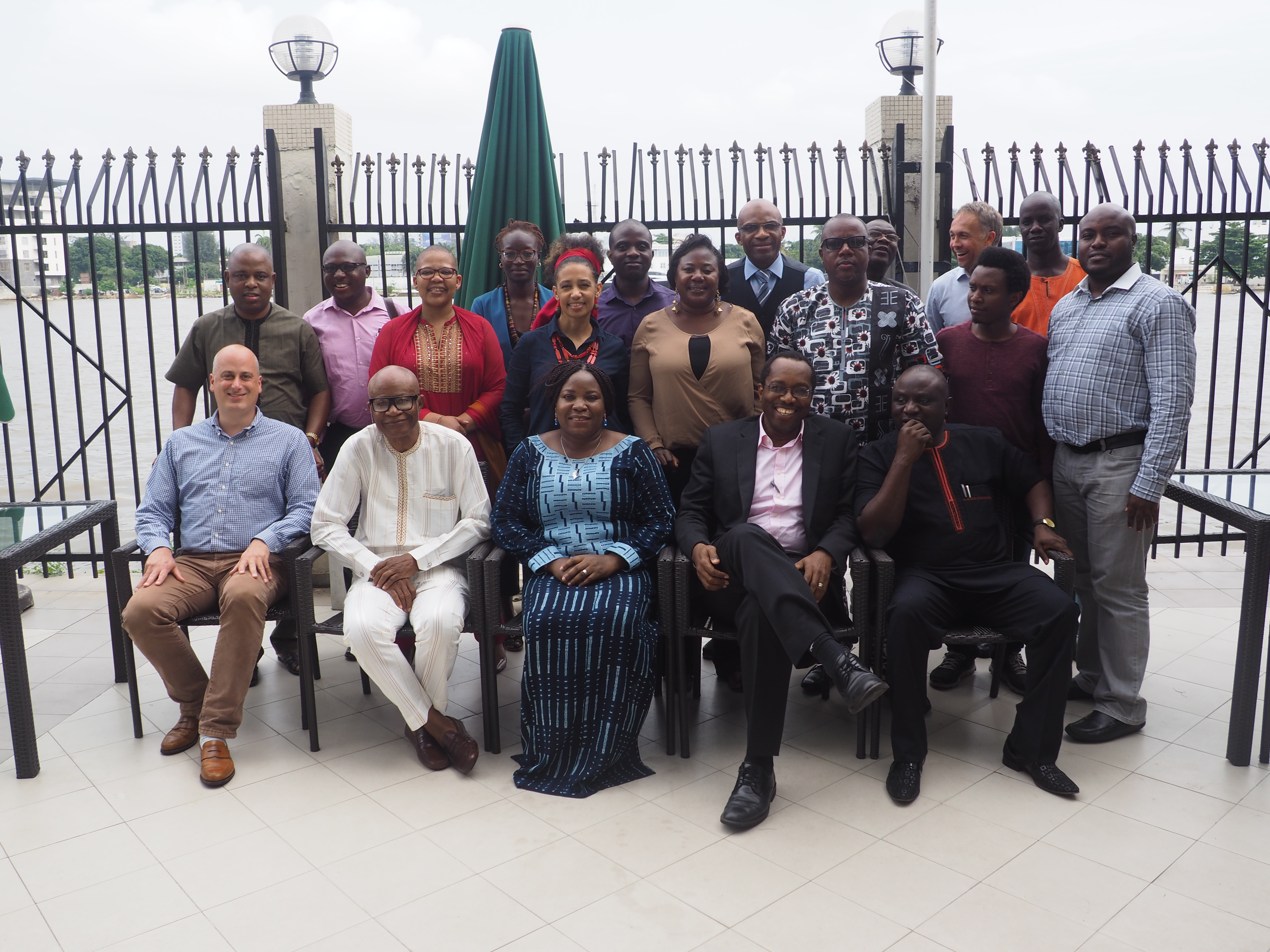 The African Peacebuilding Network (APN) and the Next Generation Social Sciences in Africa (NextGen) programs of the Social Science Research Council (SSRC), in collaboration with the Department of International Relations of the Obafemi Awolowo University (OAU), held a consultative meeting on “Peacebuilding Education in African Universities.” The one-day event took place at the Westwood Hotel, Lagos, and brought together scholars, teachers, trainers, and civil society practitioners from centers of excellence in Africa, Europe, and the United States to help stakeholders explore, understand, and prioritize the needs of peacebuilding education programs in Africa’s tertiary institutions. Participants were also drawn from the fields of peace and security organizations that recruit and deploy graduates of academic programs on the subject, peace educators/trainers, and organizations that promote the teaching and production of knowledge on peacebuilding and African peace and security. Selected fellows/grantees, Alumni, and members of the advisory committees of the two SSRC programs also participated in the consultative meeting.

The meeting featured a welcome speech by the director of the SSRC’s Next Generation Social Sciences in Africa program, Dr. Thomas Asher, followed by the chairman’s opening remarks, delivered by Prof. Amadu Sesay of the Center for Peace and Strategic Studies, University of Ilorin. The speeches were followed by a keynote address on “Teaching Peacebuilding in African Universities: Bridging the Gap between the Field and the Classroom,” by Prof. Isaac Olawale Albert of the Institute for Peace and Security Studies (IPSS), University of Ibadan. The presentation provided an overview of the challenges posed by the gulf between the teaching and practice of peacebuilding in African universities. He recommended that Africa should increase its investment in peace education at the primary, secondary, and tertiary levels to achieve sustainable peace. Also, he strongly encouraged African universities to focus on developing and sustaining an actionable pedagogy, learning resources, and outcomes, while prioritizing bridging the gap between the field and the classroom in the domain of peacebuilding. The speaker also expressed appreciation for the role of the SSRC in facilitating consultations capable of contributing towards the transformation of peacebuilding education on the continent.

The keynote presentation was followed by three thematic sessions and discussions on the following topics: current university curricula on peacebuilding, challenges and gaps, and moving forward. Presentations were made by fellows/grantees of the two SSRC programs who teach in African universities, and a peace practitioner/trainer who is based at the West Africa Network for Peacebuilding (WANEP), Accra. The discussions that followed focused on the evolution of peace studies in African universities and training organizations, drawing from real-life experiences, as well as challenges that teachers face in developing programs, curricula, and courses in peace studies. Issues that came up included the recent increase in the number of peace studies programs across African countries, the navigation of disciplinary and contextual boundaries, the gap between scholarship and pedagogy, and the need to address the marginality of peacebuilding courses in most peace studies programs/curricula. Other matters of debate related to the need to build an African community of practice—or a network of scholars and practitioners—and the critical issues to consider in designing and teaching/implementing new curricula in African universities.

In exploring the ways forward, participants acknowledged the existing debate over the disciplinary status of peacebuilding, but underscored that engaging in an overview of peacebuilding syllabi and interrogating the extent to which these align with the goals of African peace and security mechanisms and peacebuilding frameworks were relevant to engaging domestic and global peacebuilding discourses and practices. They also noted that it was pertinent to bridging the gaps between teaching and practice of peacebuilding by matching knowledge with practical skills.

One of the recommendations that emanated from the debates and discussion included the need to update existing information on institutions, scholars, and practitioners working on African peacebuilding within the continent, using such a database to build a foundation for a “virtual community of practice.” Further recommendations included organizing a set of capacity-building initiatives for institutions and individuals, and introducing peacebuilding as a “stand-alone” course at the undergraduate and graduate levels in African universities. Participants recognized the need for further debate regarding the most appropriate level for peacebuilding education, the best manner to achieve optimal results, and how to set an agenda for post-consultative meeting stakeholder engagement, with the SSRC programs and fellows/grantees working with African universities and organizations to explore possibilities for positively transforming the teaching of African peacebuilding.

In his closing remarks, Dr. Cyril Obi, director of the SSRC’s African Peacebuilding Network, expressed appreciation to the presenters and participants, and noted the importance of the opportunity for stakeholders to brainstorm ways of scaling up peacebuilding education in African universities. He also informed participants that a report of the meeting in the form of an outcome document, as well as a commissioned overview paper, would be sent to all participants to enable further post-meeting conversations on the next steps.

View photos from the event on the APN’s Flickr.