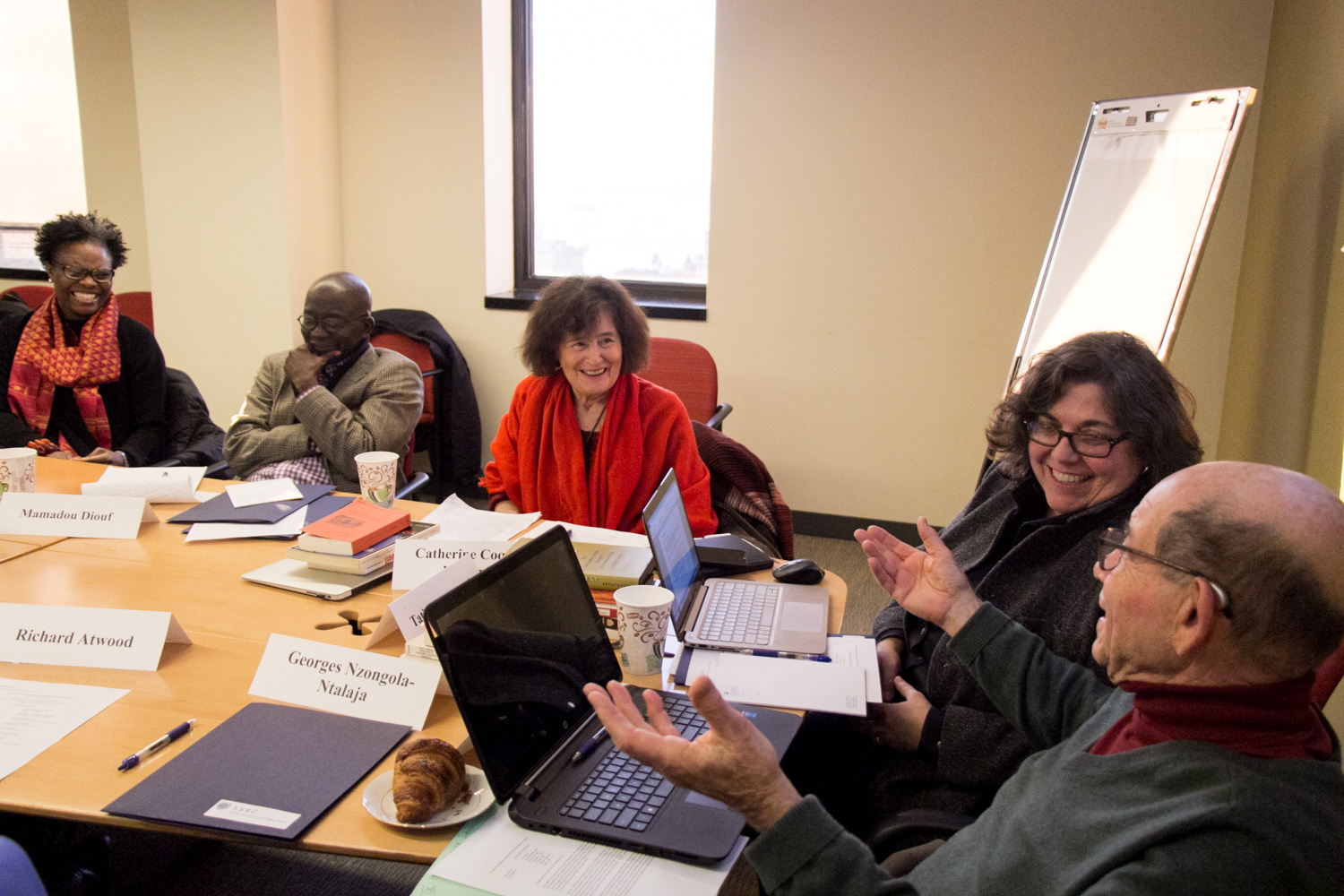 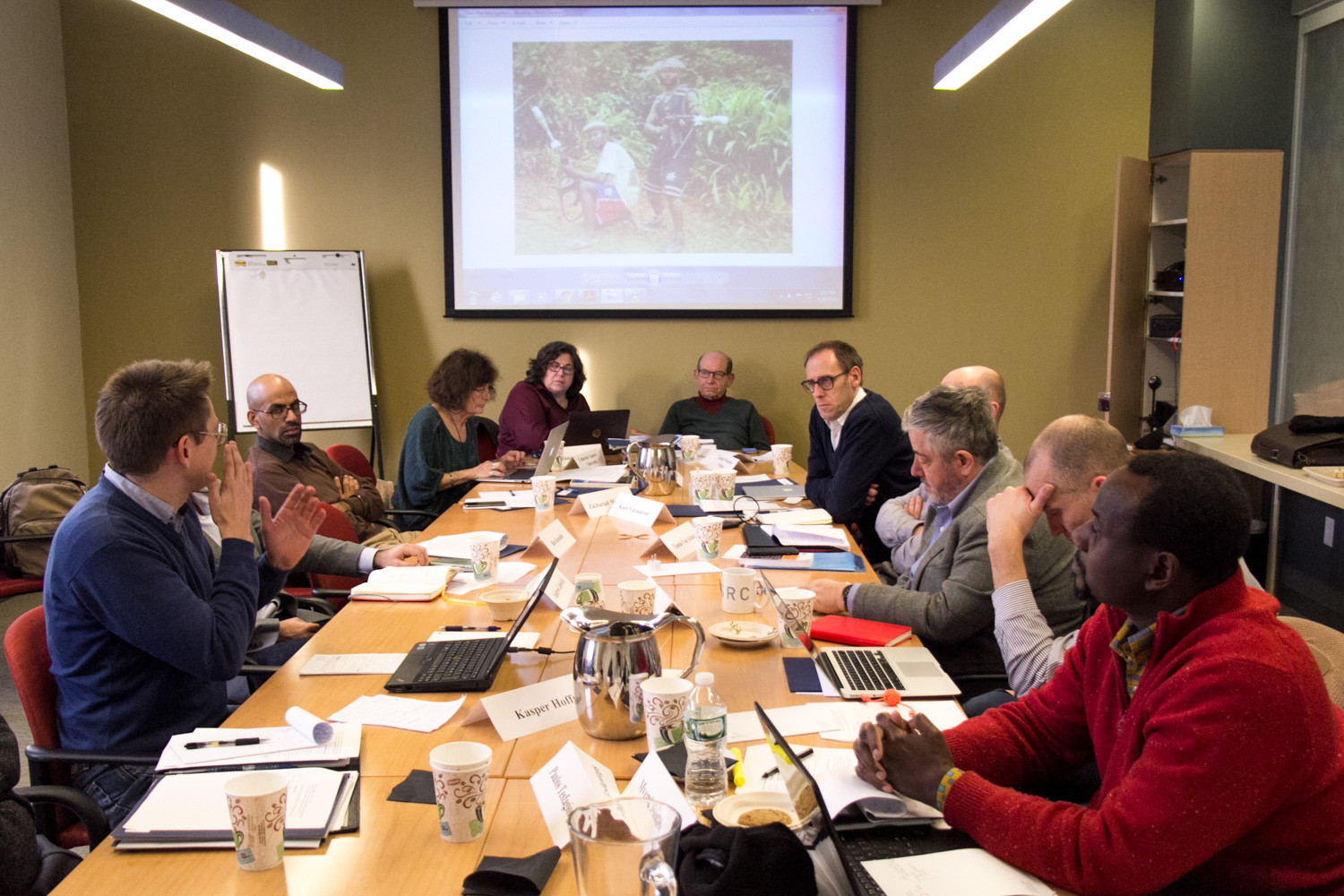 On 25–26 January 2016, the Conflict Prevention and Peace Forum at the Social Science Research Council (SSRC) and the Justice and Security Research Programme hosted an event on "Protest in Africa: Rural Radicalism Revisited." This seminar, convened by CPPF deputy director Tatiana Carayannis and held at the SSRC, brought together a small group of scholars to explore contemporary forms of protest and resistance to authority in Africa by expanding upon Herbert Weiss’s concept of “rural radicalism” and exploring its continued relevance to explain mobilization for protest. Participants included Herbert F. Weiss, Catherine Coquery-Vidrovitch, Mamadou Diouf, Catharine Newbury, Michael Watts, Alcinda Honwana, Georges Nzongola-Ntalaja, and many others.

When Herbert Weiss first used the term “rural radicalism”[1] to describe the independence struggle in the Belgian Congo, he referred to a phenomenon that had previously been missing from studies of African independence struggles in other parts of Africa. Those struggles in both French and British West Africa were typically described as led by educated urban elites who had risen relatively high in the Western education systems established by European colonial systems. The pattern throughout Africa was that these elites would build their power bases first by leading a variety of social organizations within urban settings, such as ethnic associations, labor unions, youth associations, and alumni associations. Later, some of these associations would merge into larger groupings, until eventually, when political activity was permitted, these same elites transformed the associations into political parties. The move of these parties into rural areas varied in timing and emphasis. It was usually only when colony-wide elections were scheduled that it became critical to extend the party structures into the rural areas, and the most successful African parties succeeded in mobilizing the rural population.

Weiss’s research in the Congo in 1960 confirmed this development of the independence struggle but then focused on the relationship between the party leaders and this inevitable thrust into the interior, toward the mobilization of what was then a rural majority in most of Africa. What he found in Congo was that the goal of political elites and party leaders was to win control over the state and replace colonial governing elites with Africans. In other words, most leaders wanted to “Africanize” the existing system. However, the rural populations that they managed to mobilize to a spectacular degree wanted something far more radical; these populations wanted a radical transformation of the system and its institutions. They were not content with merely replacing public authorities with new ones, but rather wanted to destroy or at least dramatically alter those authority structures. In 1963, just two and a half years after Congo won its independence, the Congo Rebellions broke out. This massive revolutionary movement was the largest in postindependence Africa at that time. Herbert’s thesis, subsequently published in Political Protest in the Congo (1967), won him the Herskovits Prize for best scholarly work on Africa in 1968.

Questions debated in the seminar included the following: Why do we see relatively few violent protest movements in sub-Saharan capitals, whereas we have seen much mobilization for violence in rural areas in places like the Democratic Republic of the Congo, the Central African Republic, Liberia, and more recently, Burundi? Can we understand rural-based rebellions, self-defense groups, and rural politico-religious movements as forms of protest against existing state authority? Why is mobilization for collective violent (and nonviolent) action in sub-Saharan Africa as well as North Africa seemingly more possible in rural, marginalized areas than in urban contexts? Why do so-called religious extremist groups frequently mobilize support in rural rather than urban areas? How has Africa’s annual urbanization rate of 3.3 percent—the fastest of any region —influenced protest in addition to employment, cost of living, issues of identity and citizenship, and religious revival? Are rural communities more “radical” than the more cosmopolitan urban populations in Africa? Or is it just that state authority is much more present and powerful in urban areas than in the often more marginalized rural areas, or even that authority structures shape the forms of protest against them? How, for example, would we compare the Mai Mai, the Bundu dia Kongo, Mali’s MNLA and Ansar al-Din, Boko Haram, and the Seleka and anti-Balaka movements?

The think pieces developed by the meeting participants will be published by the SSRC in due course.