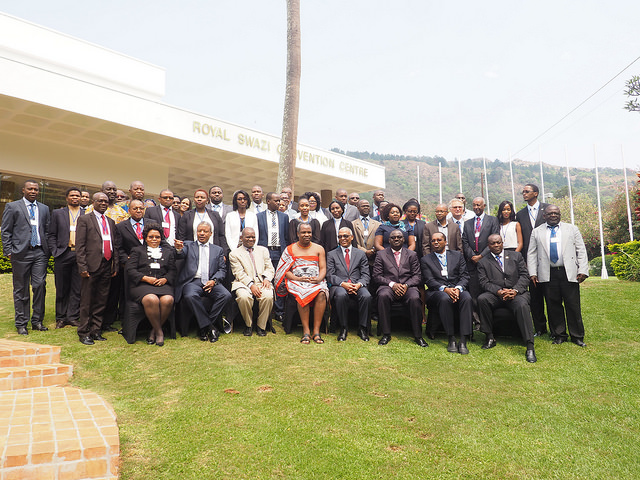 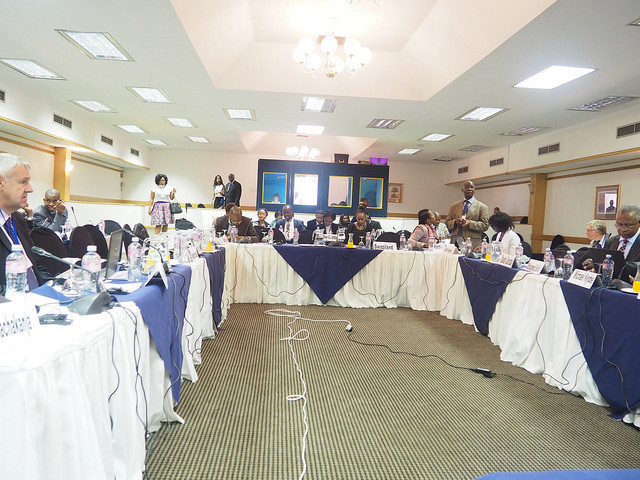 The forum was convened to facilitate dialogue between scholars, practitioners, policy makers, civil society activists and officials from governments, regional and international organizations on the concept of developmental regionalism, and how it can facilitate peacebuilding and economic transformation in Southern Africa. Several members of the APN Advisory board as well as APN grantees participated in the forum.

The forum was organized as part of a project aimed at connecting knowledge on developmental regionalism to peace and regional integration in Southern Africa. Opening remarks at the policy forum were made by the following: Said Adejumobi, director of the UN-ECA-SRO for Southern Africa, Israel Dessalenge, the UN Resident Coordinator for Swaziland, Cyril Obi, program director of SSRC-APN, and the deputy executive secretary for regional integration of the SADC, Thembinkosi Mhlongo. The special guest of honor, HRH Prince Hlangusemphi, Hon. Minister for Economic Planning and Development of the Kingdom of Swaziland gave a welcome address and declared the policy forum open.

The presentations at the policy forum covered issues such as the concept of developmental regionalism, regional trade, agriculture, industrialization; social and political dynamics, gender and sustainability. There were also debates on the social and economic challenges facing the countries of the countries. Many participants also argued for a people-centered approach to regional integration, by strategically building on complementarities between the region’s economies and boosting intra-regional production and trade.

Also some APN grantees used the platform to share some of their research findings with top level policy makers, practitioners and other colleagues from the region. Pamela Machakanja (2015 IRG, 2016 CWG) of Africa University, Zimbabwe presented a paper titled “Engendering Peace and Security Community in Southern Africa, while Dauda Garuba (2015) of Natural Resource Governance Institute, Abuja, Nigeria, presented a paper titled “Comparative Perspective From West Africa: ECOWAS”. Also the APN’s advisory board chairman, Fantu Cheru, another member of the board, Andre Mangu, and the APN program director, Cyril Obi, presented papers at the policy forum.

In conclusion, the forum fully explored the concept of developmental regionalism and its relevance to Southern Africa’s situation, particularly with regard to the role of its countries, peoples and regional institutions. Participants also reflected on policy priorities and implementation strategies, especially in the areas of intra-regional trade, industry, agriculture, private sector development and conflict management, including options for facilitating the capacity of the SADC and its member-states to tap into the potential benefits of developmental regionalism. . At the end of the deliberations, key observations and recommendations based on deliberations at the forum were collated and included in an outcome statement, targeted and policy makers at the national and regional level.