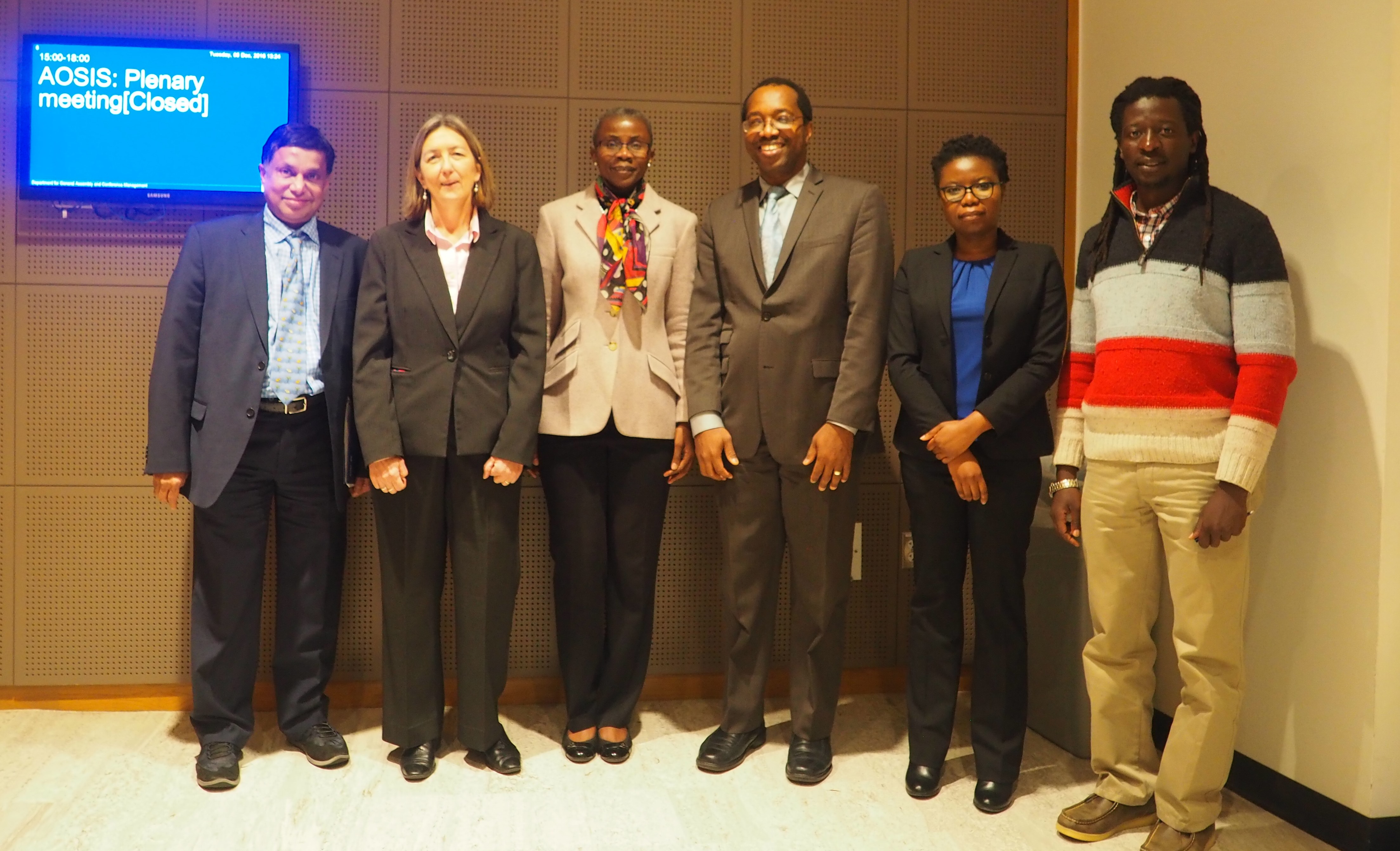 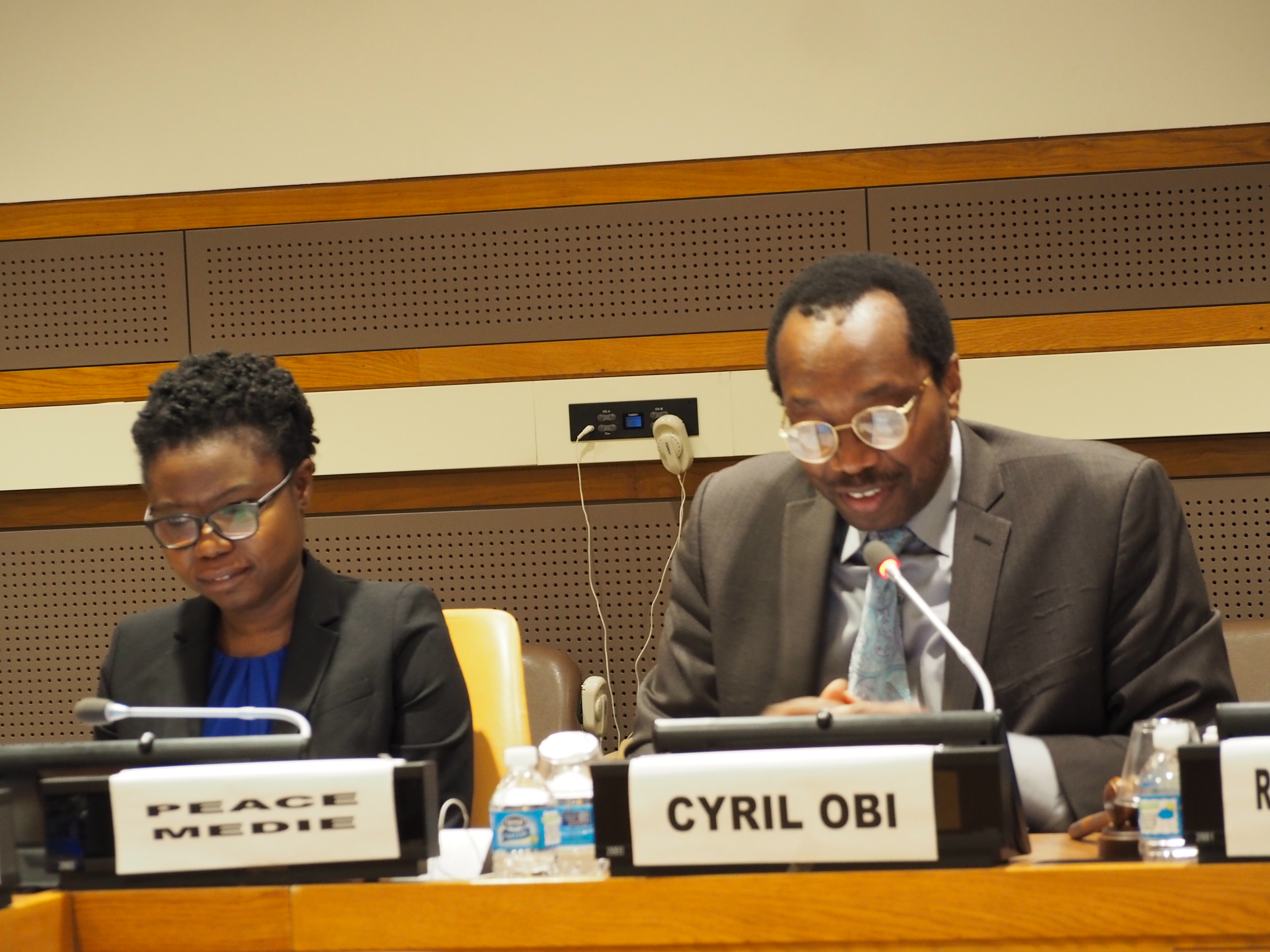 The African Peacebuilding Network (APN) of the Social Science Research Council (SSRC), in collaboration with the United Nations Academic Impact (UNAI) and the Woodrow Wilson Center’s Africa program held a high level policy round-table on “Representations of Violence, (In)security, and Peace in Africa:  Challenges for Policy and Practice” on December 6, 2016 at the United Nations headquarters in New York.

The roundtable brought together high-level policy practitioners, scholars, UN members, security experts, journalists, and activists to brainstorm the changing dynamics and evolving trajectories of violence in Africa. It was also to explore how the media and producers of knowledge projected the image of the changing dynamics of conflict, and how they could help shape more effective actions and policies for sustaining long-term peace in Africa.

Introductory remarks were made by Dr. Cyril Obi, Program Director of the APN, of the SSRC and Dr. Monde Muyangwa, Director, Wilson Center Africa Program.  Mr. Ramu Damodaran, Chief, UNAI Secretariat also made opening remarks at the event. They all noted the ways in which the theme of the roundtable resonated with the mission of their respective organizations and also underscored the important role of the media in shaping international responses to conflict and policies for the promotion of peace in Africa.

Peace Medie in her presentation on “Representations of Gender and Insecurity in Conflict-Affected States”, spoke to Gender Based Violence (GBV) in conflict settings based on two cases: Liberia and Cote d’Ivoire. Her presentation critically reviewed global media’s coverage of Sexual Gender Based Violence (SGBV) in Africa. In her view, most reports tended to be highly sensational, which contribute to under-representation of the full ramifications that gender based violence has, which include inadequate attention to preexisting societal gender inequalities that contribute to such violence. She also identified other situations that require increased media attention, such as the ostracizing and stigmatizing of the women victims, and the general distrust that exists between these victims and African states. The discussions that followed her presentation recognized the need for international media to provide more information about the lesser known aspects of GBV in post-conflict African countries, while also giving greater visibility to the work of small grassroots organizations that work with victims of GBV. There were also calls for increased sensitivity to victims of GBV by granting victims anonymity when reporting on cases, in either conflict-affected or post-conflict settings.

In his presentation on “African Peace and Development Journalism for Electoral Reporting and Countering Violent Extremism”, Fredrick Ogenga critiqued the media’s tendency to sensationalize violence in order to increase viewership, captured in the common expression “if it bleeds, it reads”.  In place of hyped-up reporting of violent events, he offered an alternative, peace journalism, which draws on pan-African values and norms, such as Ubuntu, among others. In his view, a shift towards forms of reporting that were capable of promoting peace, rather than fear and anxiety, would require some support from policy makers, civil society and scholars across the world. The discussions that followed engaged the ways the global media frame violence, including terrorist attacks, and explored ways of promoting peace in Africa, including the changes in the ways journalists report on conflict.

Finally, Angela Martin, Adjunct Faculty, Africa Center for Strategic Studies, and former Senior Counterterrorism Advisor, Bureau for Africa, U.S. Agency for International Development; Washington, DC spoke to the topic of conflict in Africa and how it impacts international policies aimed at peace and security on the continent. She then explored the connections between the framing of conflict and how this influences the responses and policies of external partners, either from a security or economic perspective. Her presentation also drew attention to the importance of information on conflicts in order to generate support for peacebuilding initiatives. While concluding her presentation, she underscored the importance of dealing with the reality that many donor nations tend to view conflict through a national security lens, and weigh the cost of intervention against their national interest.

In the concluding session participants were in agreement that the ways the media reported on “manifestations of violence in Africa and other conflict-affected regions” had far reaching implications in framing international understanding, policies, and actions aimed at promoting peace and security on the continent, especially in the context of a highly interconnected world. The discussions also debated the requirements for a  “paradigm shift” in the content and practice of journalism. Several participants emphasized the need for media practitioners to recognize the rather complicated nature of the conflict landscape that exists in Africa, and the need to avoid hyped-up reports and pay more attention to local specificities and grassroots initiatives aimed at promoting peace. However, a professional journalist participating in the event sounded a note of caution against attributing so much power to the media in relation to its capacity to shape policies and interventions directed towards peace and security in Africa, or going as far as catalyzing change on the continent. In conclusion, the diverse and rich perspectives brought to the discussions at the roundtable served as an important starting point in the larger conversation of how media and journalism can directly contribute to African peacebuilding.

Please see additional photos from the event on the APN Flickr