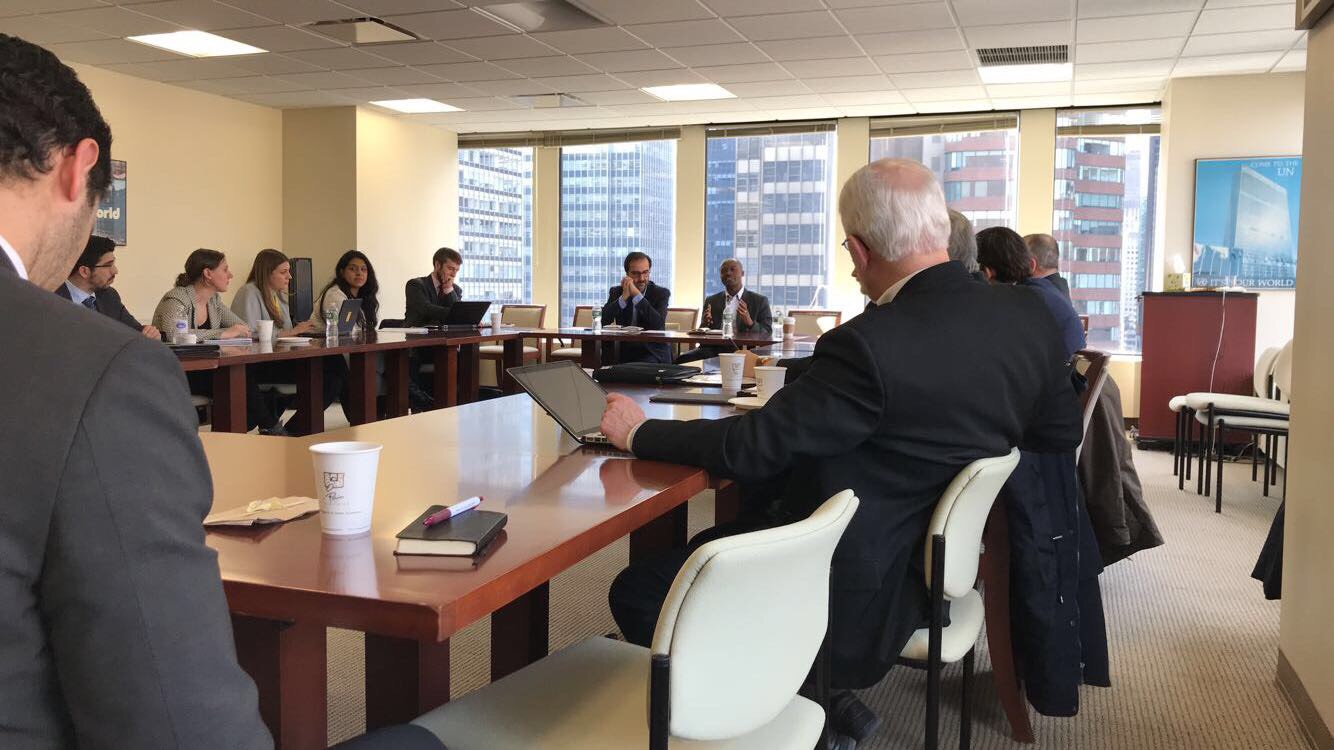 On 16 March 2018, the Understanding Violent Conflict (UVC) program organized a Central Africa Policy Forum on current developments in the Democratic Republic of Congo (DRC), with featured speaker Sylvain Saluseke of the Congolese pro-democracy youth activist group, LUCHA. The meeting, held at the Security Council Report and in the margins of Security Council debates on the mandate renewal of the UN mission in the DRC (MONUSCO), brought together representatives from UN country missions, the UN Secretariat, NGOs, and researchers.

LUCHA or Struggle for Change (Twitter: @luchaRDC) is a non-violent, non-partisan citizen's movement formed in 2012 and based in the Democratic Republic of Congo. Neither a classic NGO nor a political party, Lucha has mobilized in innovative ways to ensure young people’s voices are heard in DRC. Sylvain Saluseke, a businessman and activist, was held by Congolese security forces for over a month in 2015 for his work with the movement.