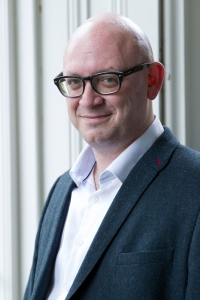 Dr. Yaniv Voller is a Lecturer in Middle East Politics at the School of Politics and International Relations, University of Kent. Before joining the University of Kent, he was a Leverhulme Early Career Fellow at the School of Social and Political Science, University of Edinburgh. He completed his PhD in International Relations at the London School of Economics and Political Science, where he also taught courses in the International Relations and the International History Departments. Yaniv’s research broadly concerns the geopolitics of the Middle East, separatism/liberation, insurgency, diaspora politics and the role of ideas, ideology and practices in shaping international politics. He is the author of The Kurdish Liberation Movement in Iraq: From Insurgency to Statehood, which was published in 2014. His articles have appeared in such journal as International Affairs, International Journal of Middle East Studies and Democratization. He is currently working on a book manuscript that examines the impact of colonial-era legacies and practices on the strategies of the liberation movements and the governments involved in these wars, focusing on the liberation wars in Iraqi Kurdistan and South Sudan.