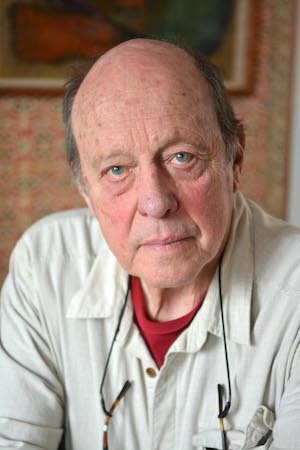 The Social Science Research Council (SSRC) is proud to announce that James C. Scott is the recipient of the 2020 Albert O. Hirschman Prize, the Council’s highest honor.

The biennial Hirschman Prize is awarded to scholars who have made outstanding contributions to international, interdisciplinary social science research, theory, and public communication.

The nominating committee for this year’s prize, composed of SSRC Board member Naomi Lamoreaux of Yale University, SSRC Board member Walter Powell of Stanford University, and William Milberg of the New School for Social Research, cited Scott as “the epitome of a broad-ranging scholar with influence across a multitude of disciplines.” The committee noted that a “gentle, humanistic approach toward policy runs through Scott’s enormously influential oeuvre, making him a fitting candidate for this prize.”

“Like Albert O. Hirschman, James C. Scott is a scholar of extraordinary breadth who has made a career of ‘creative trespassing’ across disciplines. His research has been primarily concerned with the effects of economic development and social planning on ordinary people. Seeing Like a State, his most influential book, exemplifies the gentle, humanistic approach toward economic development that runs through all of his work, as well as through Hirschman’s. Indeed, the book concludes by quoting Hirschman’s call for a development policy grounded in ‘a little more “reverence for life,” a little less strait-jacketing of the future, a little more allowance for the unexpected—and a little less wishful thinking.’”

His wide-ranging and impactful publications, including Domination and the Arts of Resistance (1985) and Weapons of the Weak: Everyday Forms of Peasant Resistance (1980), explore political thought, movements, and resistance in Southeast Asia and beyond. Domination and the Arts of Resistance: Hidden Transcripts (1992) mined folktales, popular songs, oral interviews, and other sources from around the world to get at the “secret discourse” that subordinate groups used to critique dominant elites. His most influential book, Seeing Like a State: How Certain Schemes to Improve the Human Condition Have Failed (1998), pulled examples from many parts of the globe and from history to make the case that top-down planning has done more harm than good to the populations it was supposed to help. He followed up the political implications of that book in 2012 with Two Cheers for Anarchism: Six Easy Pieces on Autonomy, Dignity, and Meaningful Work and Play. More recently, he has turned to ancient history with Against the Grain: A Deep History of the First Agrarian States (2017), in which he explored the costs to humankind of the agrarian revolution.

Scott is an elected member of the American Academy of Arts and Sciences and the American Philosophical Society and has held fellowships from the National Science Foundation, the National Endowment for the Humanities, the Guggenheim Foundation, and the Institute for Advanced Study, Princeton. He is also a former president of the Asian Studies Association.

A 2012 New York Times profile of Scott described the life he leads with his family on farmland in Connecticut. It is this practical knowledge of land and life—what Scott refers to as “metis,” borrowing the ancient Greek word for “wisdom”—that he has brought to his oeuvre.

“Creative, forthright and discipline-defying research is a hallmark of James Scott’s scholarly metis,” said SSRC president Alondra Nelson. “Across a remarkable career, he has generated a body of work of extraordinary range and depth, while continuously limning the contours of power and freedom from the standpoint of the lived experience of oppressed and marginalized communities. The Council is therefore very pleased to honor Professor Scott with the 2020 Hirschman Prize.”

Professor Scott will present the Albert O. Hirschman Lecture at an award ceremony to be held in New York City on December 4, 2020.