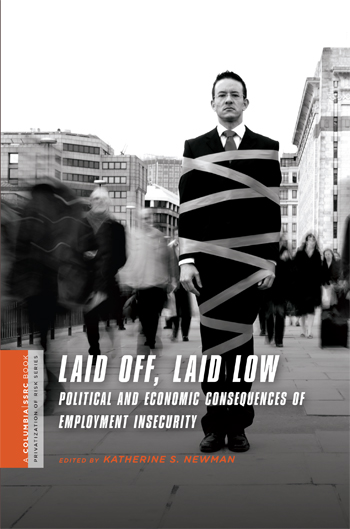 In Laid Off, Laid Low economists, sociologists, and public policy experts reveal the ever-growing perils of the American labor market: its risks for new job-seekers, the increasing perils for highly educated workers, and the soul-crushing job insecurity that is the lot of so many minority and unskilled laborers. Written by America’s leading experts on labor and employment issues, Laid Off, Laid Low reveals the consequences of decades of risk privatization for workers at all income levels and offers suggestions for how to reverse the most negative effects. For, as this book makes clear, if current trends hold the United States will soon face epic job losses, an irreversible downturn in mobility, and long-lasting economic insecurity.