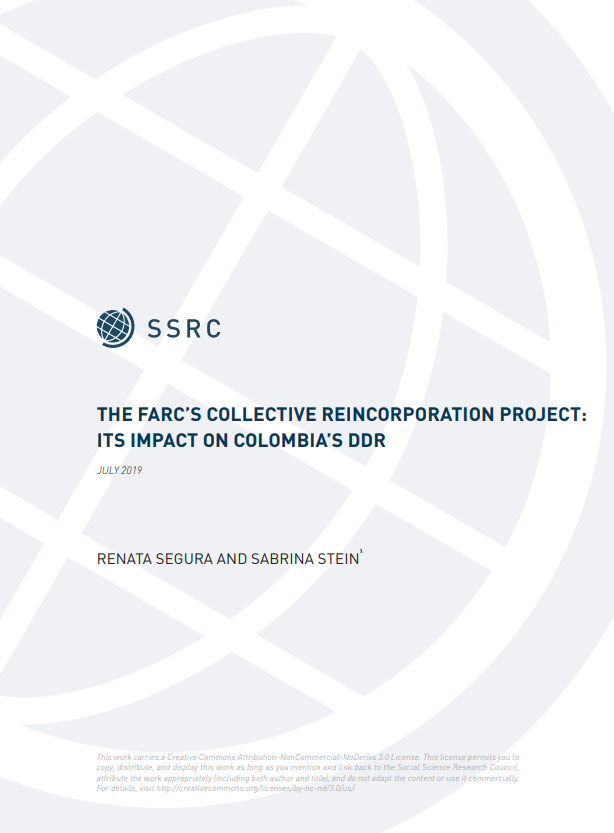 This paper examines the model of collective reinsertion of FARC ex-combatants designed during the Havana negotiations and the challenges in its implementation. It argues that the FARC’s leadership, learning from past DDR experiences in Colombia, decided to prioritize a process that maintained ex-combatants as collectivities to avoid the fate of other armed groups after transitioning to civilian life: losing much of the space they had occupied in the national and local political sphere. The decision to push for a collective reincorporation, however, has proved to be a significant obstacle to the successful transition of ex-combatants into civilian life. It examines some of the reasons behind the difficulties of the implementation of this model, from the strong opposition of the Colombian government to the structural and physical conditions in the areas where FARC ex-combatants are living.