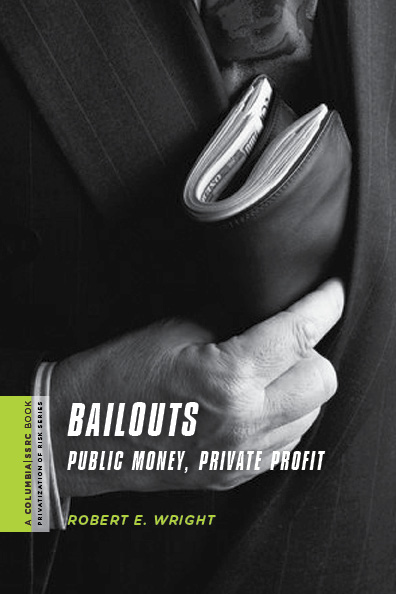 Today’s financial crisis was caused by the dismal failures of regulators, market analysts, and corporate executives, yet the response of the American government has been to bail out the very institutions and individuals that have wrought such havoc upon the nation. Are such massive bailouts really called for? Are they likely to succeed?

Helping to make sense of this hotly debated issue, Robert E. Wright and his colleagues provide an unbiased history of government bailouts and a frank assessment of their effectiveness. This book depicts colonial America’s struggle with the country’s first dangerous real estate bubble, as well as the British government’s counterproductive response. It explains how Alexander Hamilton saved a young nation by allowing central banks and other lenders to bail out distressed companies, industries, and even entire economies in ways that subsidized risk takers at the expense of taxpayers, while failing to reinvigorate sagging economies.

By peering into America’s use of public money to save private profit, this volume offers better ways to control risk in the future.

Read Robert Wright's essay, The Great Recession of 2008 and the Sordid Historiography of the Great Depression, on the History News Network.