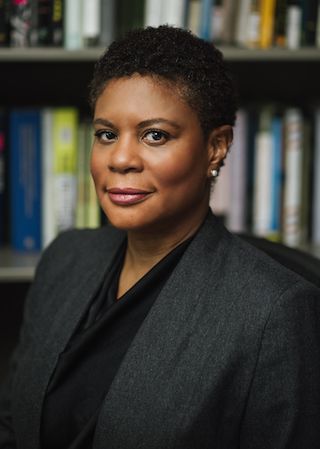 Alondra Nelson is an acclaimed sociologist, author, and researcher who explores questions of science, technology, and social inequality. Nelson is President of the Social Science Research Council, an organization dedicated to the advancement of social research for the public good. She is the Harold F. Linder Professor of Social Science at the Institute for Advanced Study in Princeton. Her work brings together several research traditions: political sociology; racial and ethnic studies; the sociology of science, knowledge and technology; medical sociology; and social and cultural theory.

Nelson is the author of two award-winning books, Body and Soul: The Black Panther Party and the Fight Against Medical Discrimination (University of Minnesota Press, 2011) and The Social Life of DNA: Race, Reparations, and Reconciliation after the Genome (Beacon Press, 2016); the co-editor of two collective volumes, Technicolor: Race, Technology, and Everyday Life (with Thuy Linh Tu; NYU Press, 2001) and Genetics and the Unsettled Past: The Collision of DNA, Race, and History (with Keith Wailoo and Catherine Lee; Rutgers University Press, 2012.

Nelson serves on the Board of Trustees of the Andrew W. Mellon Foundation, the American Association for the Advancement of Science, and the Russell Sage Foundation. She sits on the board of directors of the Data & Society Research Institute, the Center for Research Libraries, the Teagle Foundation, and the Brotherhood/Sister Sol. She is a member of the editorial board of Social Studies of Science and president-elect of the international Society for Social Studies of Science. Her essays and reviews have appeared in the New York Times, the Washington Post, Salon, and Science, among other venues. She has been a commentator for a range of media outlets, including National Public Radio, PBS, National Geographic, and MSNBC.

Nelson is a Phi Beta Kappa graduate of the University of California, San Diego, with a B.A. in anthropology. She earned her Ph.D. in American studies from New York University in 2003. She was first appointed in 2003 as Assistant Professor and later Associate Professor in Sociology and African American Studies at Yale University, where she received the Poorvu Family Award for interdisciplinary teaching excellence. She was then recruited in 2009 to the Department of Sociology and the Institute for Research on Women, Gender, and Sexuality at Columbia University.

The recipient of numerous honors and fellowships, Nelson has been a visiting scholar at the London School of Economics, the Max Planck Institute for the History of Science in Berlin, the International Center for Advanced Studies at New York University, and the W. E. B. Du Bois Institute for African and African American Research at Harvard University. She has received fellowships from the Andrew W. Mellon Foundation, the Ford Foundation, and the National Science Foundation.

She was formerly a Member of the World Economic Forum Network on Artificial Intelligence, the Internet of Things, and the Future of Trust, and of the National Science Foundation–sponsored Council for Big Data, Ethics, and Society.