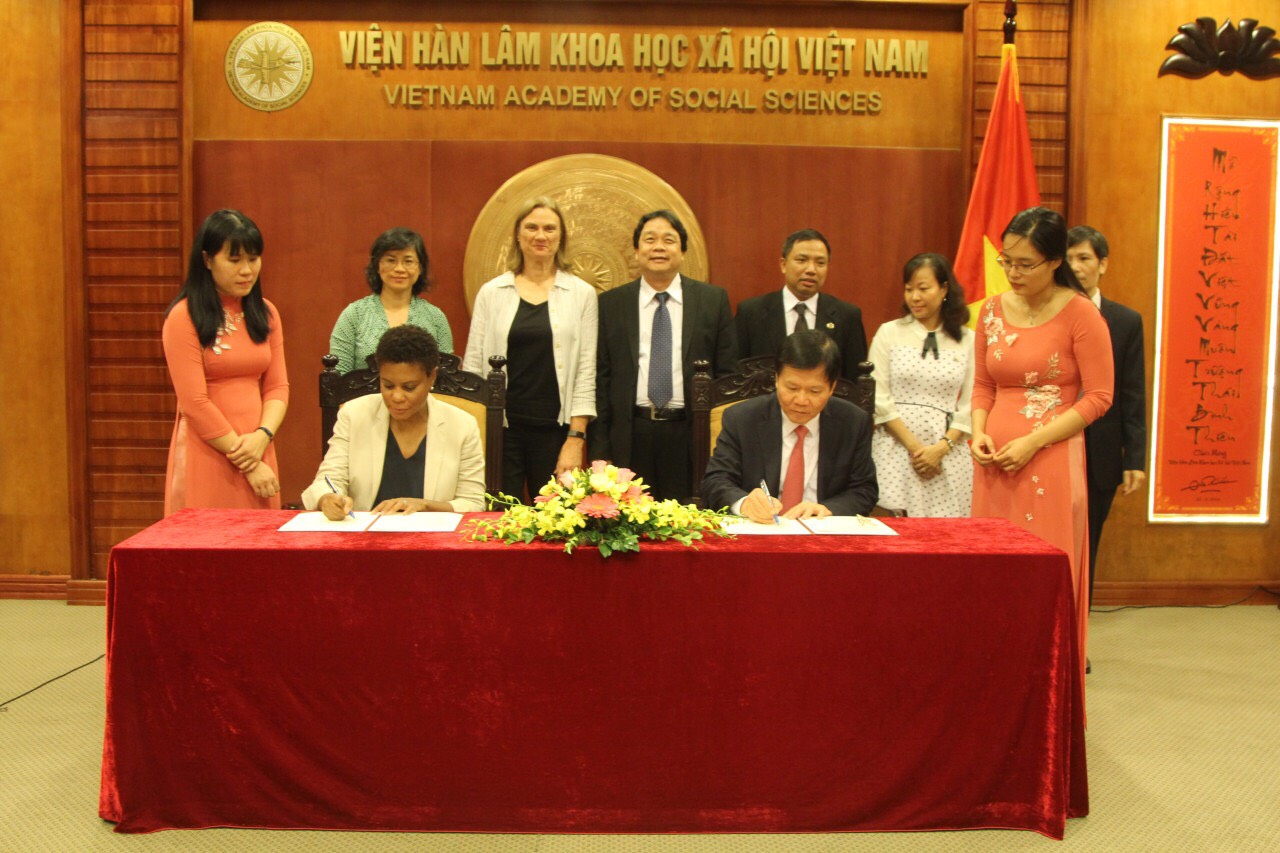 Thirty years after signing the first historic memorandum of understanding in September 1988, SSRC and VASS affirmed their intent to continue to cooperate in social science research, training, exchange, knowledge and data sharing, and policy consultation. The agreement expressed SSRC and VASS’ commitment to collaborate based on four integrated modalities:

1. Training to equip social scientists with new and interdisciplinary knowledge and skills to investigate rapid socioeconomic change and its social implications, and to communicate their findings and implications;

2. Research on current and future social dimensions of socioeconomic development;

3. Policy consultation to inform both the decision-makers and the environment in which policies and decisions are made; and

Professor Thuan thanked SSRC for over 30 years of support and praised highly the effectiveness of the interdisciplinary social research methods training program in advancing the capacity of VASS researchers. The program has been institutionalized within VASS’ Graduate Academy of Social Sciences (GASS), where it continues to be a part of the core curriculum. President Alondra Nelson also expressed the Council’s appreciation for VASS’ support over the years and for the excellent hosting of the recent Conference on InterAsian Connections VI in Hanoi, December 4-7, 2018. 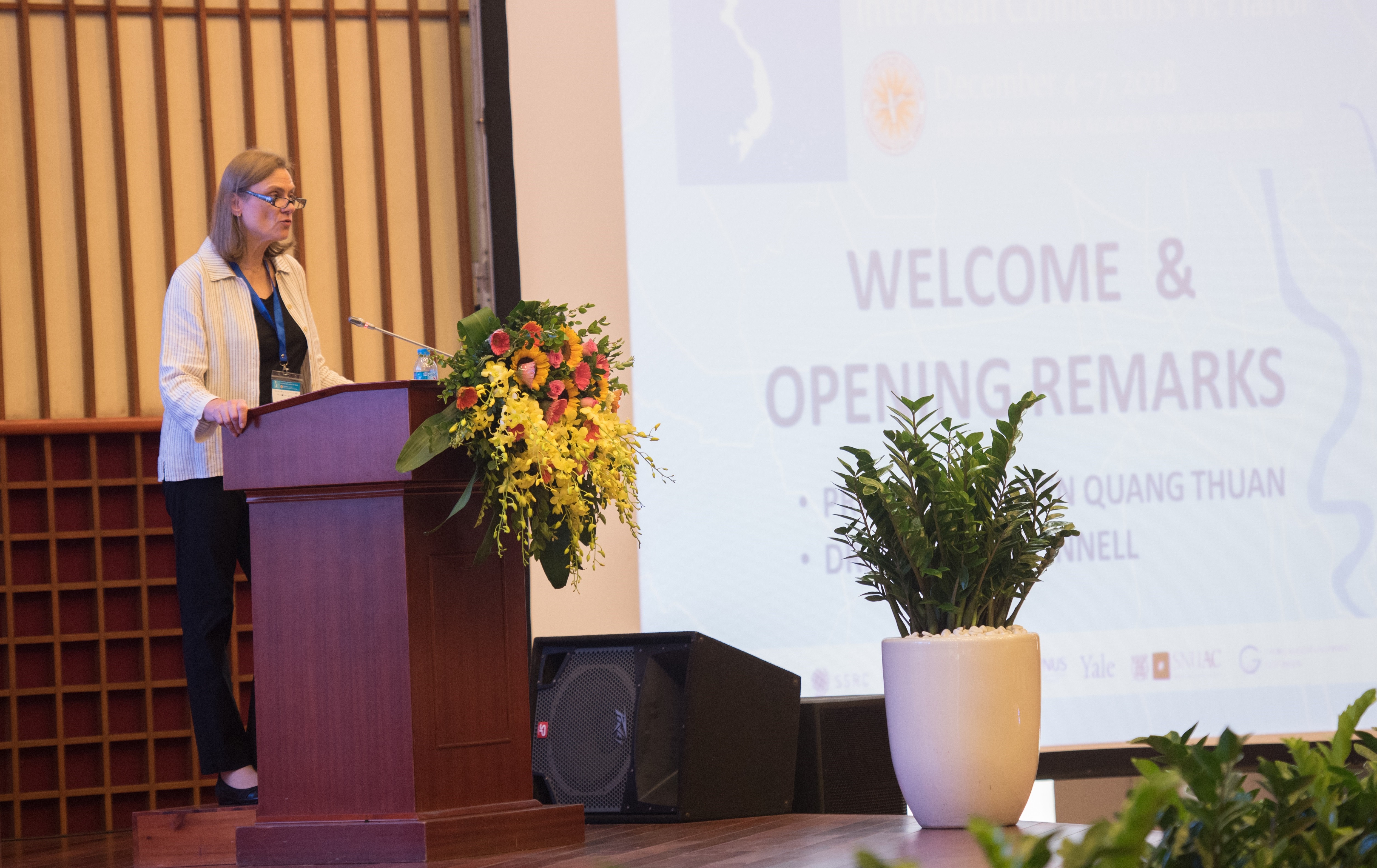 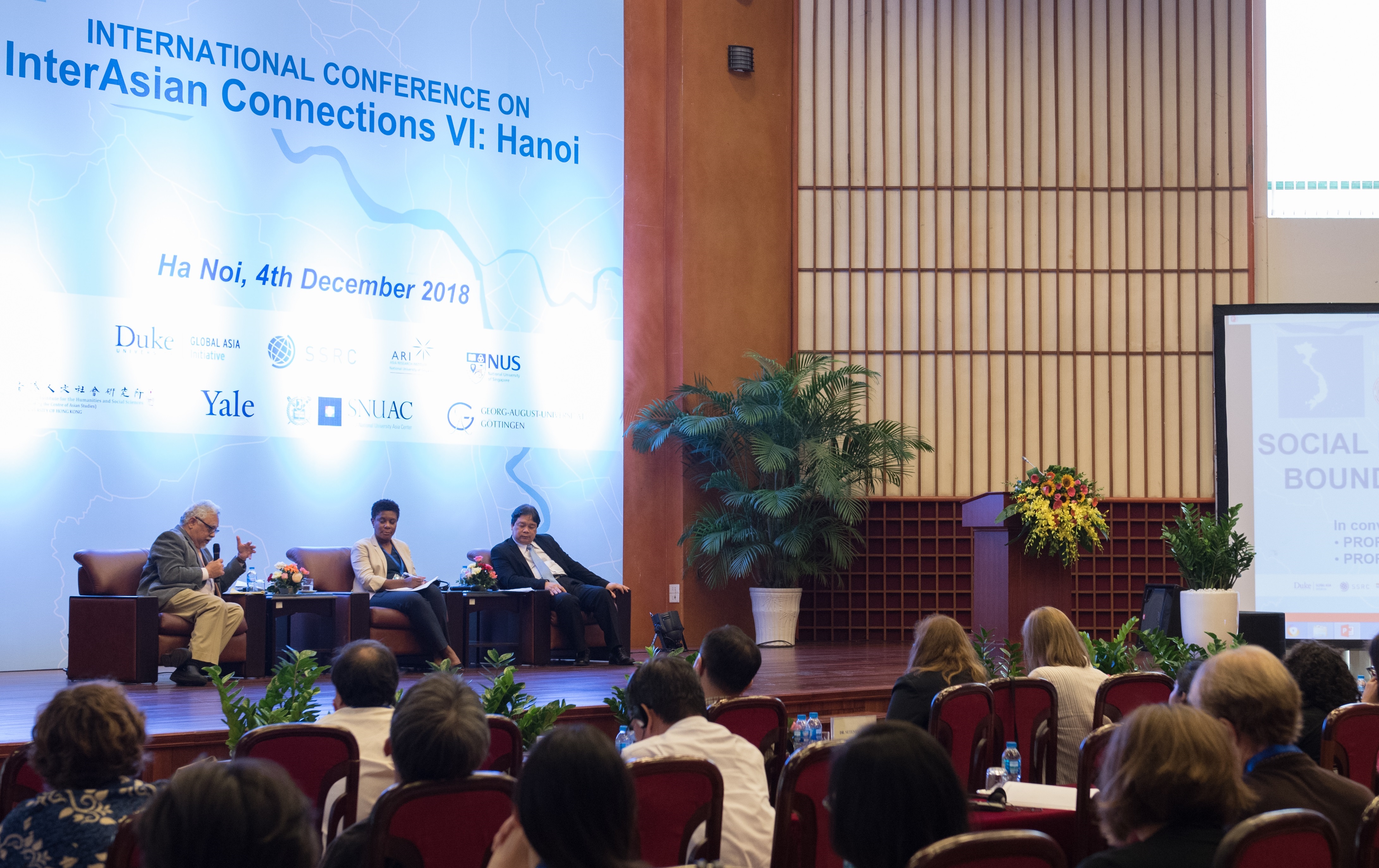 Since the mid-1980s, the Council has partnered with VASS to: