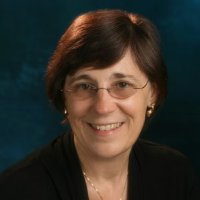 Marie Anchordoguy is a professor in the Henry M. Jackson School of International Studies at the University of Washington and specializes in the political economy of Japan. She received her undergraduate, masters and PhD degrees from the University of California, Berkeley. Her research is focused primarily on the key institutions and policies of Japan’s capitalist system. Her book, Reprogramming Japan: The High Tech Crisis Under Communitarian Capitalism (Cornell University Press, 2005), was published in Japanese in 2011 as “Nihon Keizai no Sai-Sekkei: Kyodotai Shihon Shugi to Haiteku sangyo no mirai.” Anchordoguy is currently researching the political economy of entrepreneurship, venture capital, and high-tech start-ups in Japan. She has also published a number of chapters in books and articles in journals such as Business History Review, Research Policy, International Organization, and The Political Science Quarterly. She has been Chair of the Japan Studies Program (2000-2007, 2012-2014) and co-editor of The Journal of Japanese Studies (2004-2015). Anchordoguy teaches an introductory course on contemporary Japan, and graduate and undergraduate courses on Japanese business and technology, Japan’s political economy, and science, technology and innovation in East Asia.

The key research questions of this comparative analysis of U.S. and Japanese regulatory policies towards the telecommunications and software industries since the early 1980s are: How have the governments regulated these industries? How has regulation/deregulation impacted the industries' development? What were the states' regulatory goals and were they achieved? And what have been the conditions for success/failure? The study will evaluate conditions that may help explain regulatory success or failure, such as the industries' market structure, the nature of consensus among state actors about policies, the technologies and standards involved, and various institutional arrangements such as venture capital markets and industrial groups. The study will increase understanding of the two nations' patterns of regulation and deregulation and contribute to the literature on state capacity, autonomy, and effectiveness, by providing detailed cases and a nuanced assessment of how state strength and effectiveness have varied by industry and country over time.