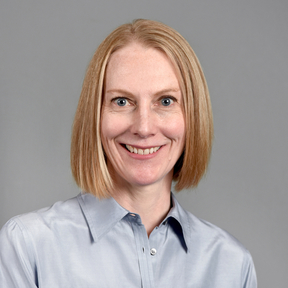 Cindi Sturtz Sreetharan received her PhD in linguistic anthropology from UC Davis. After teaching for 12 years at CSU

Sacramento, in 2015, she joined SHESC at ASU, teaching in the Anthropology and Global Health programs. She

has received funding from the National Science Foundation, KCCJEE, Japan Society for the Promotion of Science,

and the Japan Foundation for her work on issues relating to Japanese language, gender, and dialect.

language varieties. Her keen interest in the Osaka variety of Japanese showcases the ways in which language

varieties can be mediatiz ed and commodified to signal new social meanings.

Recently Sturtz Sreetharan has been working at the intersection of masculinity, obesity, and stigma in both US and

Japan contexts. Her work with post- bariatric men’s narratives has demonstrated the ways in which close attention to

food choices and consumption techniques becomes a signal of moral goodness. Most recently she has been

working on a cross cultural ethnographic analysis of the lived experience of women and weight in Japan, Samoa,

Paraguay, and the US. This work has made clear that (married) Japanese women bear a strong burden of obesity

and overweight especially with regard to managing the household waistline. Next, she aims to learn more about

how US and Japanese men’s lives are impacted by and how they experience fat and overweight. She is particularly