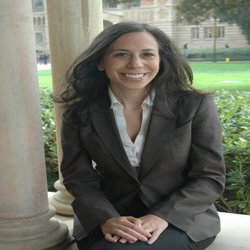 Aynne Kokas is a multiple-award-winning researcher of US-Asian media and technology relations. Her first book, Hollywood Made in China (University of California Press, 2017), examines the cultural, economic, and political implications of film collaborations between China and the United States. Research for the book was supported by the Social Science Research Council, the Fulbright Foundation, the Chinese Ministry of Education, and others.  Her second book, Border Patrol on the Digital Frontier: The Global Battle for Data Security explores the role of data governance in the trade relationships China, Japan, and the United States. Kokas' research has been supported by the Abe Fellowship, the Woodrow Wilson Center for International Scholars, the National Endowment for the Humanities, and the Kluge Center at the Library of Congress, among others. Kokas is currently an assistant professor of media studies at the University of Virginia. She has testified in front of the House Asia-Pacific Subcommittee, is a Public Intellectual Program Fellow of the National Committee on US-China Relations, and her writing and commentary have appeared in over forty-five countries and ten languages.