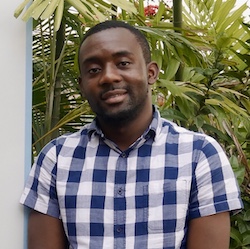 Tamuka Chekero is a PhD student at the University of Cape Town (UCT). He holds an MSc in social anthropology (UCT), a BSc Honors degree in social anthropology (Great Zimbabwe University). He was part of the research team in the Anthropology of the First Thousand Days at UCT. He developed a brief research article for the scholarly network Somatophere. He also published a journal article with Anthropology Southern Africa Journal, which examined Zimbabwean migrant women’s experiences in South Africa as they attempted to access public health services. His work on migration builds on experience as a researcher for the Treatment Action Campaign in Limpopo Province, South Africa. Chekero has worked as a research assistant in the Primary Health Care Department UCT. He has also worked as a researcher at New Somerset Hospital in Cape Town where he researched on Clinical Audit of Post-Operative Comfort in adults. His current research based in Cape Town, looks at how people who have crossed and re-crossed national borders form relationships, make and maintain connections. The project interrogates systems of blockage in the flow of people, ideas, and resources necessary to on-going world-making in Southern Africa. His research interests include mobility, migration, peace, development, urban livelihoods, obstetric, and reproductive healthcare.