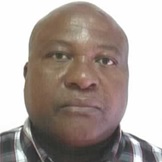 Tendai Joseph Chari is a senior lecturer in the Media Studies Department, School of Human and Social Sciences, University of Venda, South Africa. He holds a PhD in Media Studies from the University of Witwatersrand, South Africa, and a Master’s in Media and Communication Studies from the University of Zimbabwe. Dr. Chari is widely published in the field of Media Studies and his research interests span a number of specializations, such as political communication, environmental communication, media and development, media ethics, and new media and society. Some of his publications have appeared in the Journal of African Media Studies, African Identities, Communication: South African Journal for Communication Theory and Research, Ecquid Novi: Journal of African Media Studies, and the Journal on Media and Communications. His latest publication, “Rethinking Climate Change Communication Strategies: The Case for Indigenous Media” in Indilinga – African Journal of Indigenous Knowledge Systems, gives a critical appraisal of current practices on climate change communication and advocates for the fusion of indigenous modes of communication and the mass media in generating deeper knowledge on climate change in Africa. He has presented at over forty-five local and international conferences in over thirty-three countries. Dr. Chari is an active member of the Academic and Non-Fiction Authors’ Association of South Africa (ANFASA). He serves on the editorial boards of international academic journals such as the Western Journal of Mass Communication, Journal on Media and Communications (JMC), and DOT-Comm Journal based in the Czech Republic. Previously, he served as the Chairman of the Zimbabwe Television (ZTV), was a board member of the Zimbabwe Broadcast Holdings (ZBH) (2004-2006), as well as a member of the Media Commission (MIC) in Zimbabwe (2007-2008).