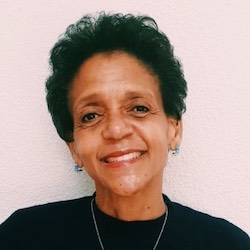 A lawyer by profession, she studied B Juris and Bachelor of Laws (LLB) at the University of Zululand, Empangeni, South Africa. Thereafter, she was awarded a Fullbright Scholarship to further her studies. She graduated with a Master of Laws (LLM) from Georgetown Law School (Washington DC, USA). She has been admitted as an advocate of the High Court of South Africa.