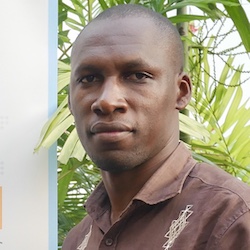 Nixon Wamamela is a Ugandan citizen born on March 23rd, 1983 in then Mbale district in Eastern Uganda. After his advanced level education, he joined Makerere University in 2005 for Bachelor of Arts in philosophy, history, and religious Studies. Wamamela majored in philosophy and minored in history and graduated in 2009. He received his Master of Arts in philosophy in 2018 from Makerere University. In the same year, he enrolled for a PhD by research with the topic “A Philosophical Assessment of Constitutional Democracy in Legislations in Uganda”. He started teaching philosophy in 2012 in a privately-owned Uganda Pentecostal University before he joined Makerere University in 2014. Wamamela is currently an assistant lecturer in the Philosophy Department and his area of interest is political and legal philosophy, ethics, and logic. He is President of the Uganda Philosophy Society, Vice President UNESCO’s Committee on Management of Social Transformations (MOST), and also a two-time Member of Parliament contestant for Bubulo East Constituency, Namisindwa District. He has participated in several academic and community programs including organizing training, sensitization seminars, and workshops, paper presentations, and media talk shows.