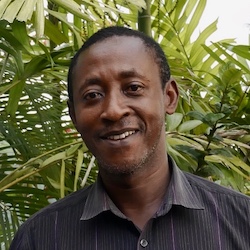 Folorunsho Muyideen Ogunmefun is a native of Odeda, Ogun State. He was born on 16th March 1972 into the family of Mr. and Mrs. Ogunmefun in Mushin, Lagos State. He started schooling in 1978 at Ilupeju Primary School and later in 1985 was admitted to a grammar school known as Ilupeju Grammar School at Mushin, Lagos which he finished in 1989. From 1990 to 1996, Ogunmefun was enrolled in a vocational training program at Craft-master Furniture Company at Adeniyi Jones area, Ikeja, Lagos. In 2002, he was admitted to the University of Lagos for a diploma certificate in social development and administration. In 2004, he was shortlisted as one of the direct entry students to study sociology as a degree course at the same university and graduated in 2008. In 2010-2011, Ogunmefun was admitted for a Master’s degree program at the University of Lagos. In addition, in 2013-2014 he was also at the University of Lagos studying education administration at the Postgraduate level. In 2015-2016, Ogunmeful was admitted to Olabisi Onabanjo University at Ago-Iwoye to study sociology at the MPhil/PhD level. He is currently working as an assistant lecturer in the Department of Criminology and Security Studies, Chrisland University, Ogun State.