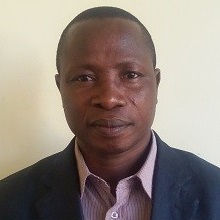 Dr. Iddy Ramadhani Magoti holds a Diploma and BA in Education, and an MA and PhD in History. He was employed by the Tanzanian Ministry of Education as a secondary school teacher in 1998 before joining the Department of History at the University of Dar es Salaam as a tutorial assistant in 2007. After receiving his MA in November 2007, he was promoted to assistant lecturer. Since completing his PhD studies in 2017, he has been a lecturer in the Department of History of the University of Dar es Salaam. His research interests include conflict and conflict resolution, peace and security, identities, ethnic relations and cultural studies, and economic, social, political, and military histories.

Some of his prominent research works include his MA dissertation titled “Ethnic Conflicts in Tarime District from late Pre-colonial period to the Present” and his PhD thesis titled “Ethnic Identity and the State: The Dynamics of Intra- and Inter-Ethnic Relations in Mara River Basin, 1900- 2010,” which were submitted to the University of Dar es Salaam in 2007 and 2017 respectively.