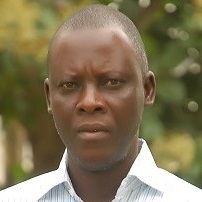 Dr. Taiwo Owoeye is a Senior Lecturer and Acting Head of Department of Economics, Ekiti State University, Ado-Ekiti. He holds an M.Sc Economics and Statistics degree from University of Benin and Ph.D Economics degree from University of Ado-Ekiti. His areas of research interest include, development economics, economic history, institutional economics and political economy. His papers have appeared in both local and international journals. He has also attended and presented papers at different local and international conferences, seminars and workshops. He is an alumnus of the American Political Science Association (APSA) African Workshop 2013. He was also a co-recipient of 2014 the American Political Science Association (APSA) African Methodological Workshop Alumni Networking Grant 2014. He is a member of Nigerian Economic Society (NES), American Political Science Association (APSA), and American Economic Association (AEA). He has also co-edited a book, Theories, Problems, and Policies of Economic Development: The Africa Perspective in 2016.

His recent publications include, “Trade, education externalities and economic growth: Evidence from Nigeria” in IOSR Journal of Economics and Finance (2017), and “Women, environmental degradation and food security: The case of Oloibiri community of Bayelsa State, Nigeria” in European Journal of Research in Social Sciences (2017).