In The Souls of Black Folk (1903) W.E.B. Du Bois famously proclaimed, “the problem of the twentieth century is the problem of the color-line.” Just a few years before those words were published, Du Bois was instrumental in organizing a series of data visualizations, such as charts, graphs, and maps, on the progress of Black peoples after Emancipation. In 1900 these works were displayed as the American Negro Exhibit in the Exposition Universelle in Paris. The Exposition Universelle aimed to show the superiority of Western Nations and the global progress of industrialization, contrasting these endeavors with that of colonized nations and the formerly enslaved. European and American exhibitors used pseudo-scientific methodologies to attempt to prove the denizens of the Global South to be genetically inferior. The American Negro Exhibit would upend this conceit on the world stage by rendering in stark relief the dynamic participation of Black peoples in American social and economic life and their global participation in science, literature, and art. Du Bois’s team utilized the emerging field of data visualization with the visual styles of modern art to map a story of Black life at the dawn of the twentieth century. Our project, Printing Black America: W.E.B. Du Bois’s Data Portraits in the 21st Century, will create a new visual archive of data portraits using printmaking and contemporary data visualization practices. The full archive of 63 data visualizations made for the American Negro Exhibit serves as a model for the critical possibilities found at the intersections of art and social science to render portraits of Black life in twenty-first-century America. This multi-phase project begins with the research and completion of ten digital data visualizations through the support of the Social Science Research Council. Once completed, these ten visualizations will serve as proof of concept to embark on the full project to reframe and reimagine Du Bois’s original data portraits and render them using traditional printmaking techniques, creating a folio-bound, limited-edition set of prints. The folio will be accompanied by essays to help embed the research within the broader scholarly narratives taking place around the contemporary Black experience by leading and celebrated scholars in their fields. Artist-historian Nell Irvin Painter will help position the project relative to persistent, historical questions of race. Social scientist Stacey Sutton’s scholarship on race and economics will give us a deeper understanding of the current conditions surrounding Black life. Printing Black America will use the An American Dilemma for the 21st Century platform to explore and make visible the relationships between Du Bois’s work in 1900 and our current moment in a way that will further uplift the projects of both Du Bois and Myrdal. Creating an archival product that can be exhibited and experienced will promote necessary conversations around Black life in America and realize the project’s goal of broadening our understanding of racial justice and making that understanding visible and present as a bulwark against erasure. 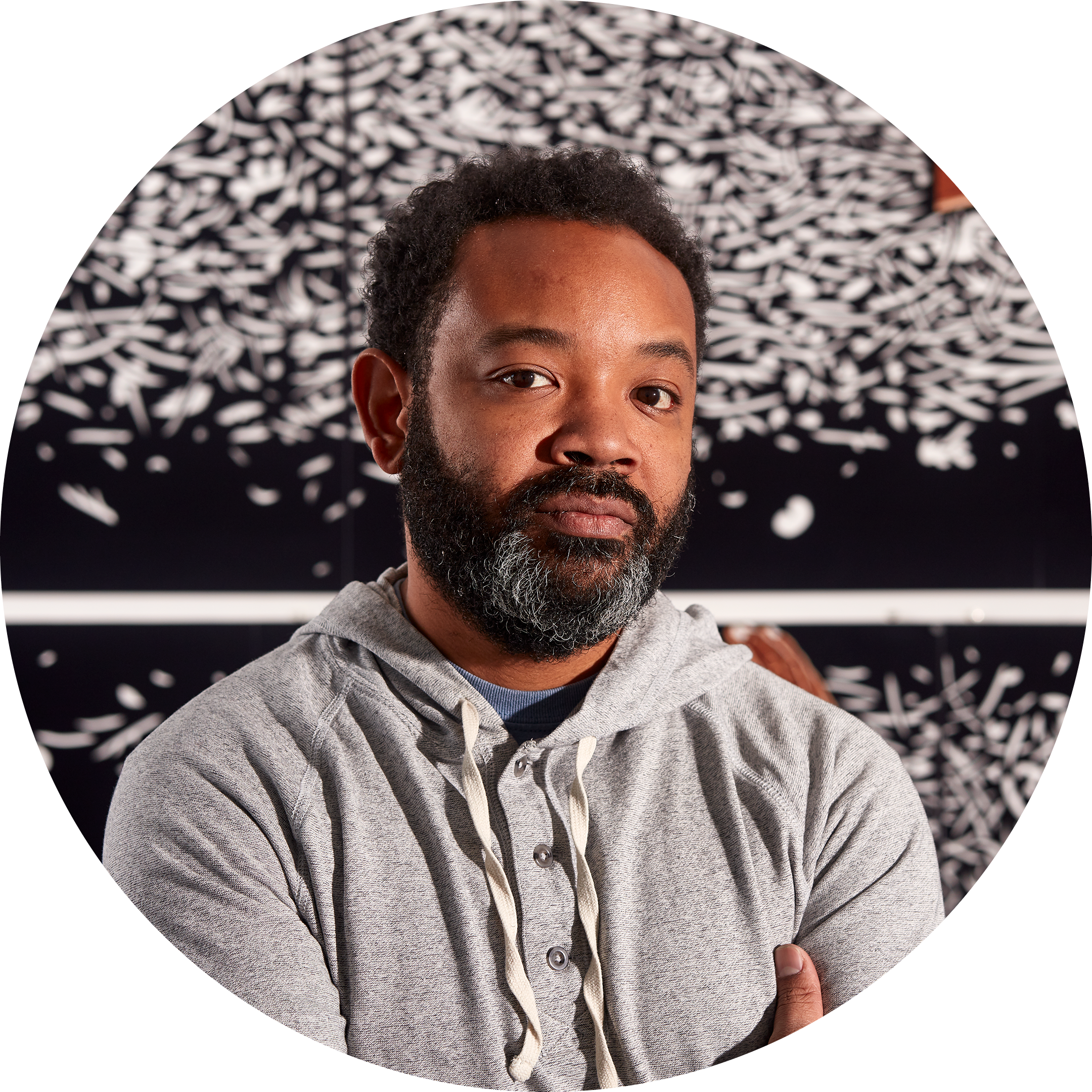 Bio
William Villalongo, (American, b. 1975, Hollywood, Florida) raised in Bridgeton, NJ, is a New York–based artist and associate professor at the Cooper Union School of Art. He received his BFA from the Cooper Union and his MFA from the Tyler School of Art at Temple University. He is the recipient of the Louis Comfort Tiffany Award, Joan Mitchell Foundation Grant, and Jules Guerin/Harold M. English Rome Prize Fellowship. His work is held in the collections of the Studio Museum in Harlem, the Princeton University Art Museum, the Weatherspoon Art Museum, and the Whitney Museum of American Art. Villalongo works across painting, paper, sculpture and curatorial practice. Concerned with how to image the Black presence beyond mere representation, his work mines the intersections of figuration, abstraction, and Black Atlantic culture. He is represented by Susan Inglett Gallery, New York.
We use cookies on our site to improve your browsing experience. By clicking “Accept All”, you consent to the use of cookies on our site. Please see our Privacy Policy for more information.
Accept All
Manage consent