Beginning in the late 1950s political leaders in Venezuela built what
they celebrated as Latin America’s most stable democracy. But outside
the staid halls of power, in the gritty barrios of a rapidly urbanizing
country, another politics was rising—unruly, contentious, and clamoring
for inclusion.

Based on years of archival and ethnographic research in Venezuela’s largest public housing community, Barrio Rising
delivers the first in-depth history of urban popular politics before
the Bolivarian Revolution, providing crucial context for understanding
the democracy that emerged during the presidency of Hugo Chávez.

In the mid-1950s, a military government bent on modernizing Venezuela
razed dozens of slums in the heart of the capital Caracas, replacing
them with massive buildings to house the city’s working poor. The
project remained unfinished when the dictatorship fell on January 23,
1958, and in a matter of days city residents illegally occupied
thousands of apartments, squatted on green spaces, and renamed the
neighborhood to honor the emerging democracy: the 23 de Enero (January
23).

During the next thirty years, through eviction efforts,
guerrilla conflict, state violence, internal strife, and official
neglect, inhabitants of el veintitrés learned to use their
strategic location and symbolic tie to the promise of democracy in order
to demand a better life. Granting legitimacy to the state through the
vote but protesting its failings with violent street actions when
necessary, they laid the foundation for an expansive understanding of
democracy—both radical and electoral—whose features still resonate
today.

Blending rich narrative accounts with incisive analyses of urban space, politics, and everyday life, Barrio Rising
offers a sweeping reinterpretation of modern Venezuelan history as seen
not by its leaders but by residents of one of the country’s most
distinctive popular neighborhoods. 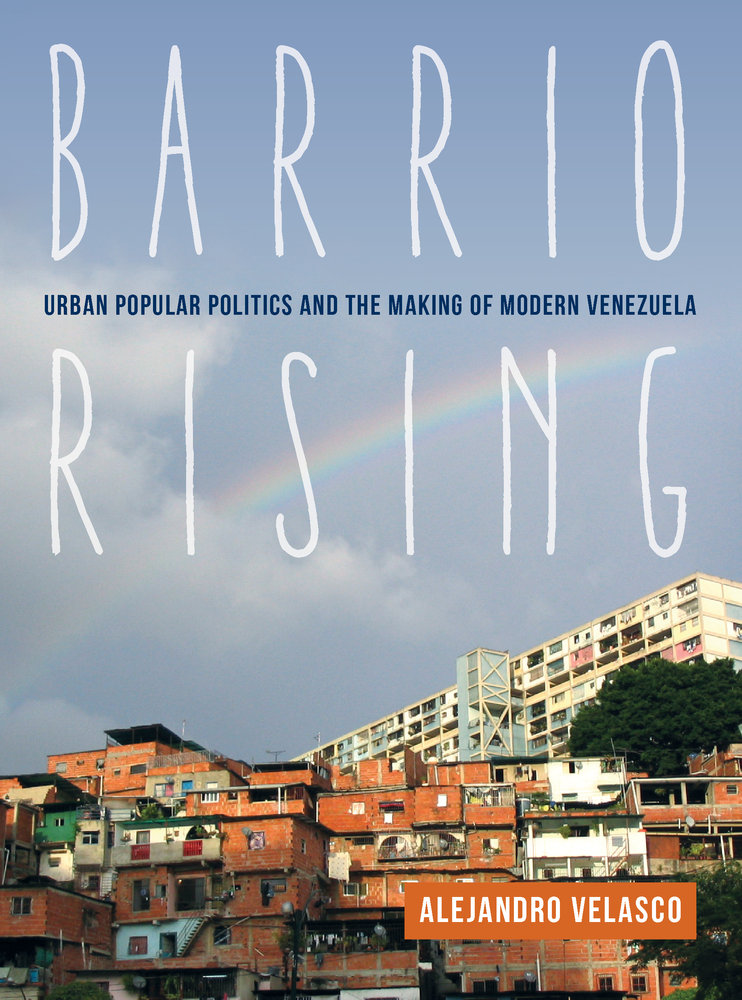