Skip to content
Book
Is This America? Katrina as Cultural Trauma
Eyerman, Ronald

From police on the street, to the mayor of New Orleans and FEMA administrators, government officials monumentally failed to protect the most vulnerable residents of New Orleans and the Gulf Coast during the Katrina disaster. This violation of the social contract undermined the foundational narratives and myths of the American nation and spawned a profound, often contentious public debate over the meaning of Katrina’s devastation. A wide range of voices and images attempted to clarify what happened, name those responsible, identify the victims, and decide what should be done. This debate took place in forums ranging from mass media and the political arena to the arts and popular culture, as various narratives emerged and competed to tell the story of Katrina.

Is This America? explores how Katrina has been constructed as a cultural trauma in print media, the arts and popular culture, and television coverage. Using stories told by the New York Times, New Orleans Times-Picayune, Time, Newsweek, NBC, and CNN, as well as the works of artists, writers, musicians, filmmakers, and graphic designers, Ron Eyerman analyzes how these narratives publicly articulated collective pain and loss. He demonstrates that, by exposing a foundational racial cleavage in American society, these expressions of cultural trauma turned individual experiences of suffering during Katrina into a national debate about the failure of the white majority in the United States to care about the black minority.

Is This America? is part of the Katrina Bookshelf series, edited by Kai Erikson and published by the University of Texas Press. The series is a result of an SSRC-sponsored national effort to bring experts together in a collaborative program of research on the human costs of Hurricane Katrina. 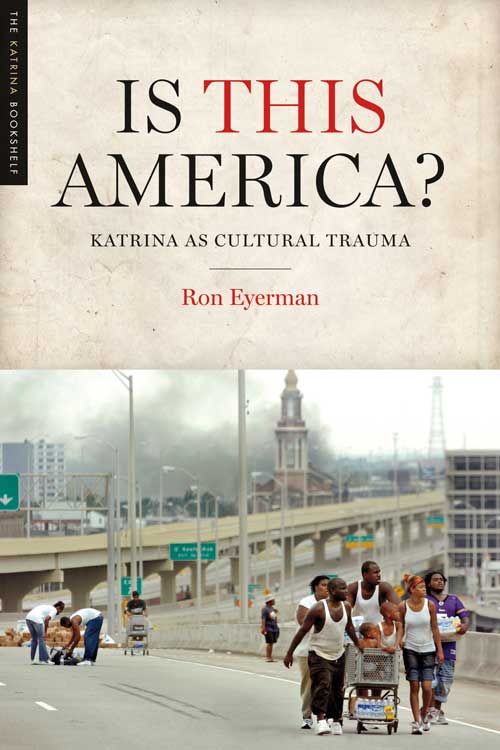