Book written by 2014 Abe Fellow Shinsuke Ikeda based on his project “Self-Control and Consumer Behaviors Under Depletable Willpower: Theory and International Evidence.”

Based on recent advances in economics, especially those in behavioral economics, this book elucidates theoretically and empirically the mechanism of time-inconsistent decision making that leads to various forms of self-destructive behavior. The topics include over-eating and obesity, over-spending, over-borrowing, under-saving, procrastination, smoking, gambling, over-drinking, and other intemperate behaviors, all of which relate to serious social problems in advanced countries.

In this book, the author attempts to construct a bridge between the basic theory of time discounting, especially as of hyperbolic discounting, and empirically observed “irrational (non-classical)” behavior in the various contexts just mentioned. The empirical validity of the theory is discussed using unique micro data as well as public macro data. The book proposes prescriptions for individual decision makers, whether sophisticated or naïve, to make better choices in self-control problems, and also provides policy makers with useful advice for influencing people’s decision making in the right directions.

This work is recommended not only to general readers who seek to learn how to attain better self-regulation under self-control problems. It also helps researchers who seek an overview of positive and normative implications of hyperbolic discounting, and thereby reconstruct economic theory for a better understanding of actual human behavior and the resulting economic dynamics. 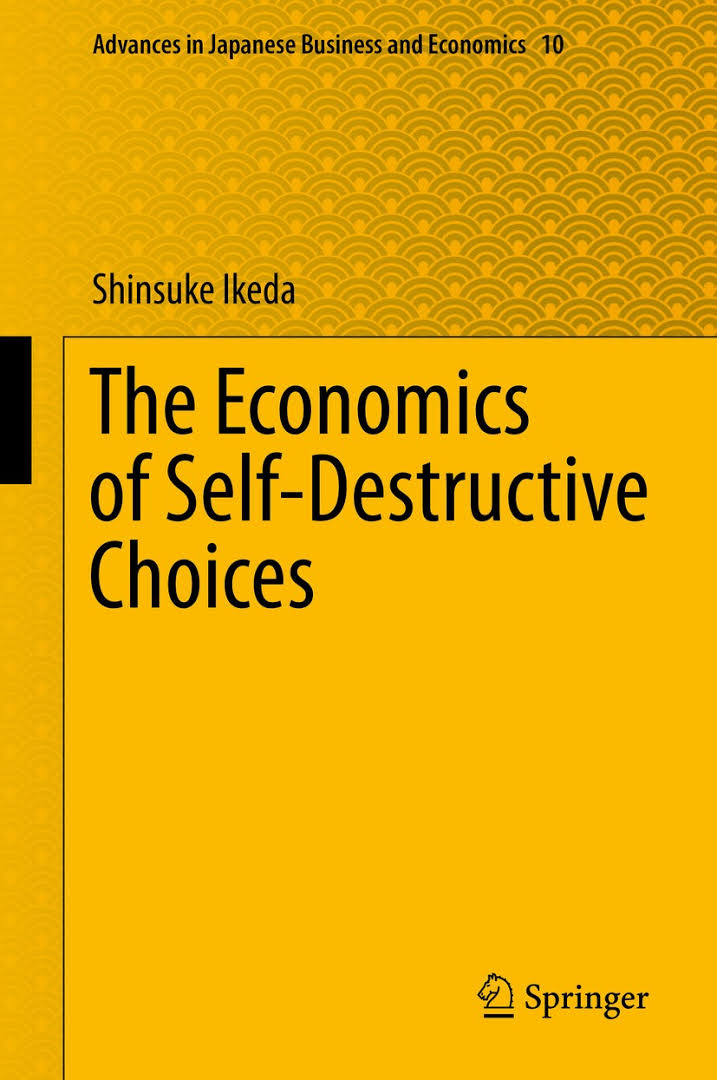