In May of 1976, documentary filmmaker and proclaimed socialist Raymundo Gleyzer mysteriously disappeared in Buenos Aires. Like many political activists, Gleyzer was the target of a brutalizing military junta that had recently assumed power. Amazingly, within a few decades, leftist filmmakers would be celebrated as intellectual vanguards in this same city.

In Transition Cinema, Jessica Stites Mor documents the critical role filmmakers, the film industry, and state regulators played in Argentina’s volatile transition to democracy. She shows how, during different regimes, the state moved to either inhibit or facilitate film production and its content, distribution, and exhibition. She also reveals the strategies the film industry employed to comply with, or circumvent these regulations.

Stites Mor divides the transition period into three distinct generations, each defined by a major political event and the reactions to these events in film. The first generation began with the failed civil uprising in Córdoba in 1969, and ended with the 1976 military takeover. During military rule, repressive censorship spurred underground exhibitions, and allied filmmakers with the Peronist left and radical activists. The second generation arose after the return of civilian rule in 1983. Buenos Aires became the center for state-level cultural programs that included filmmakers in debates over human rights and collective memory campaigns. In 1989, a third generation of filmmaking emerged, with new genres such as cine piquetero (picketer cinema) that portrayed a variety of social movements and brought them into the public eye. By the new millennium, Argentine filmmakers had gained the attention and financial support of international humanitarian and film industry organizations.

In this captivating study, Stites Mor examines how populist movements, political actors, filmmakers, government, and industry institutions all became deeply enmeshed in the project of Argentina’s transition cinema. She demonstrates how film emerged as the chronicler of political struggles in a dialogue with the past, present, and future, whose message transcended both cultural and national borders. 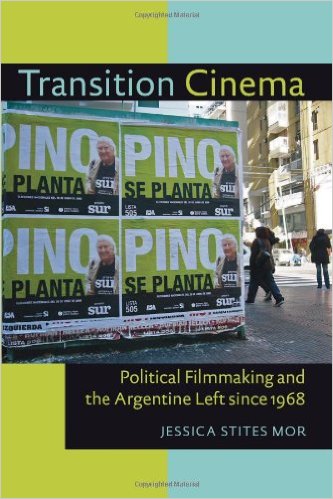