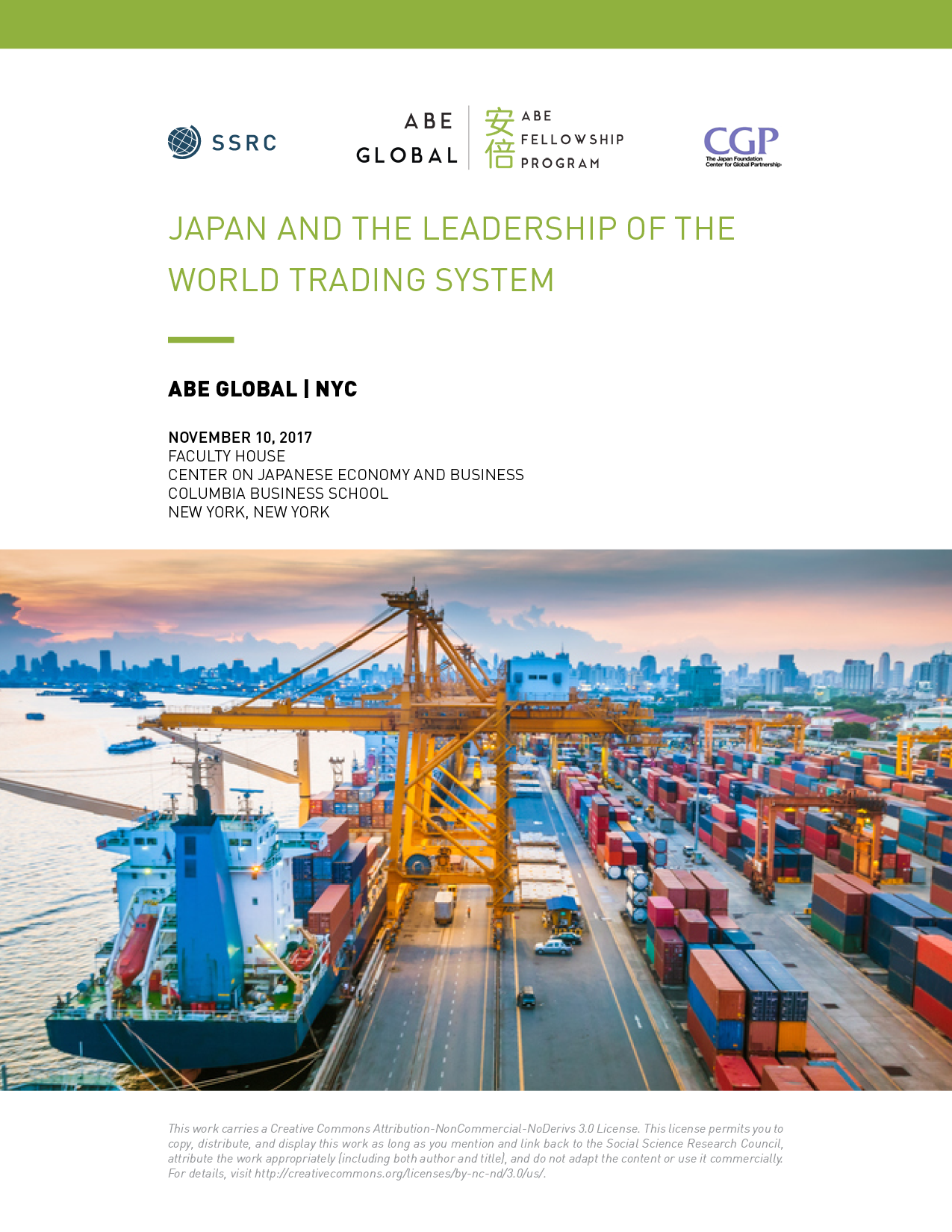 This report was produced for the Abe Fellows Global Forum 2017 symposium on trade (Abe Global | NYC), held November 10, 2017 in partnership with Columbia Business School's Center for Japanese Economics and Business and the Japan Foundation Center for Global Partnership.

Broad structural changes over the last quarter century are reverberating through the global economy and the institutions that regulate it. Recent US policy has shifted away from a leadership position in both long-standing institutions such as the WTO and newer trade agreements such as TPP-11 and RCEP (Regional Comprehensive Economic Partnership). These shifts are creating room for stronger regional ties and raise the question of which nation(s) will lead trade initiatives in Asia. Additionally, a shift toward populism across the world threatens to lead countries towards greater economic protectionism. Our speakers addressed these issues as they relate to Japan, the US-Japan relationship, and East Asia.

This report features the following short position papers submitted by our speakers, as well as a summary of their discussion, and Q+A session.

"From Follower to Leader: Japan in the TPP" by Christina L. Davis (2006 Abe fellow), Princeton University