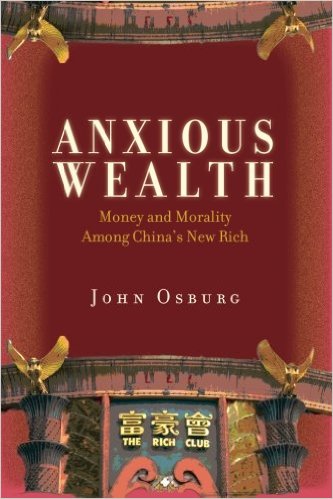 Who exactly are China's new rich? This pioneering investigation introduces readers to the private lives—and the nightlives—of the powerful entrepreneurs and managers redefining success and status in the city of Chengdu. Over the course of more than three years, anthropologist John Osburg accompanied, and in some instances assisted, wealthy Chinese businessmen as they courted clients, partners, and government officials.

Drawing on his immersive experiences, Osburg invites readers to join him as he journeys through the new, highly gendered entertainment sites for Chinese businessmen, including karaoke clubs, saunas, and massage parlors—places specifically designed to cater to the desires and enjoyment of elite men. Within these spaces, a masculinization of business is taking place. Osburg details the complex code of behavior that governs businessmen as they go about banqueting, drinking, gambling, bribing, exchanging gifts, and obtaining sexual services.

These intricate social networks play a key role in generating business, performing social status, and reconfiguring gender roles. But many entrepreneurs feel trapped by their obligations and moral compromises in this evolving environment. Ultimately, Osburg examines their deep ambivalence about China's future and their own complicity in the major issues of post-Mao Chinese society—corruption, inequality, materialism, and loss of trust.