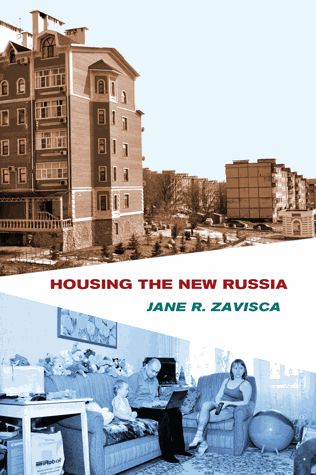 In Housing the New Russia, Jane R. Zavisca examines Russia's attempts to transition from a socialist vision of housing, in which the government promised a separate, state-owned apartment for every family, to a market-based and mortgage-dependent model of home ownership. In 1992, the post-Soviet Russian government signed an agreement with the United States to create the Russian housing market. The vision of an American-style market guided housing policy over the next two decades. Privatization gave socialist housing to existing occupants, creating a nation of homeowners overnight. New financial institutions, modeled on the American mortgage system, laid the foundation for a market. Next the state tried to stimulate mortgages—and reverse the declining birth rate, another major concern—by subsidizing loans for young families.

Imported housing institutions, however, failed to resonate with local conceptions of ownership, property, and rights. Most Russians reject mortgages, which they call "debt bondage," as an unjust "overpayment" for a good they consider to be a basic right. Instead of stimulating homeownership, privatization, combined with high prices and limited credit, created a system of “property without markets.” Frustrated aspirations and unjustified inequality led most Russians to call for a government-controlled housing market. Under the Soviet system, residents retained lifelong tenancy rights, perceiving the apartments they inhabited as their own. In the wake of privatization, young Russians can no longer count on the state to provide their house, nor can they afford to buy a home with wages, forcing many to live with extended family well into adulthood. Zavisca shows that the contradictions of housing policy are a significant factor in Russia's falling birth rates and the apparent failure of its pronatalist policies. These consequences further stack the deck against the likelihood that an affordable housing market will take off in the near future.