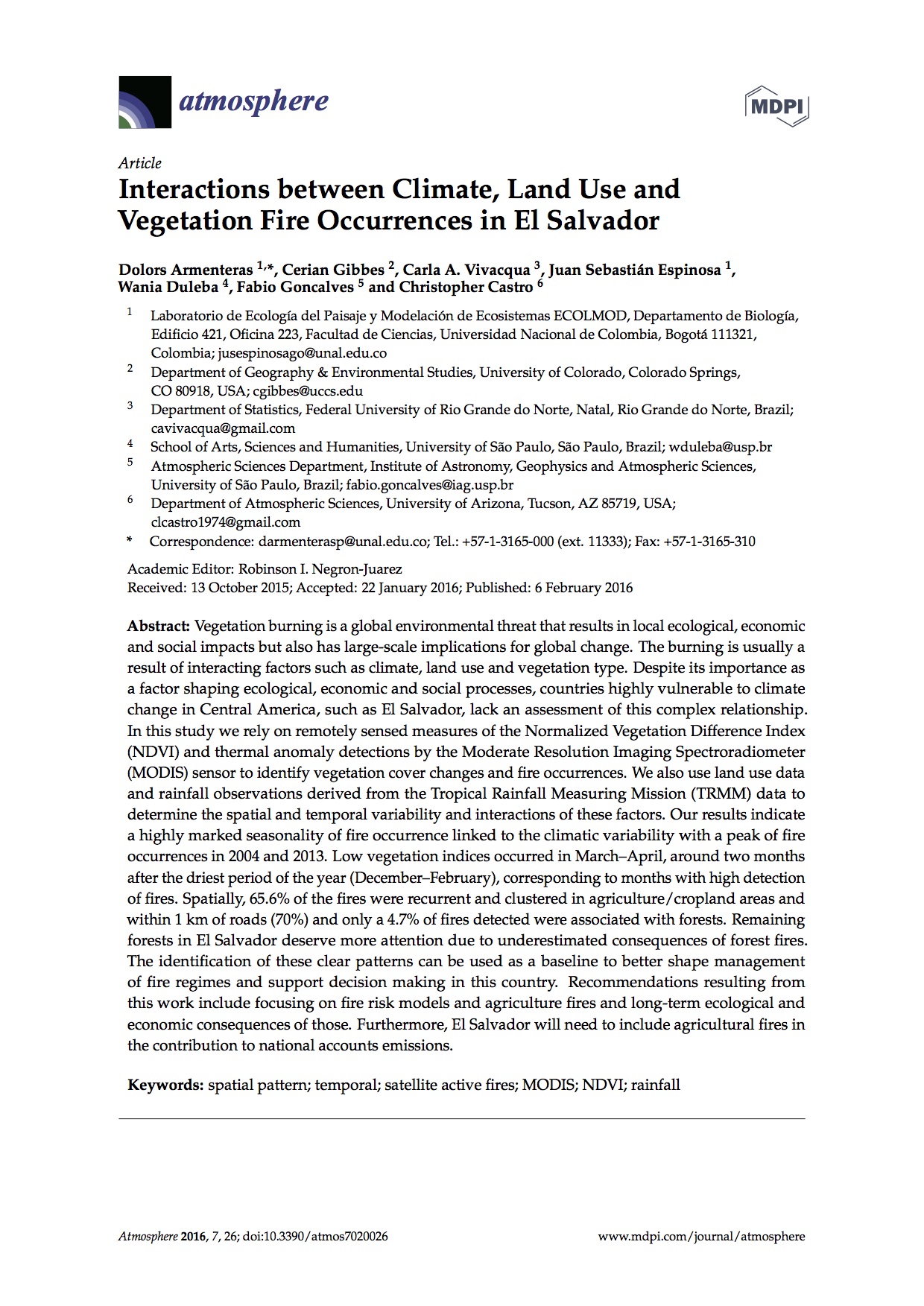 Vegetation burning is a global environmental threat that results in local ecological, economic and social impacts but also has large-scale implications for global change. The burning is usually a result of interacting factors such as climate, land use and vegetation type. Despite its importance as a factor shaping ecological, economic and social processes, countries highly vulnerable to climate change in Central America, such as El Salvador, lack an assessment of this complex relationship. In this study we rely on remotely sensed measures of the Normalized Vegetation Difference Index (NDVI) and thermal anomaly detections by the Moderate Resolution Imaging Spectroradiometer (MODIS) sensor to identify vegetation cover changes and fire occurrences. We also use land use data and rainfall observations derived from the Tropical Rainfall Measuring Mission (TRMM) data to determine the spatial and temporal variability and interactions of these factors. Our results indicate a highly marked seasonality of fire occurrence linked to the climatic variability with a peak of fire occurrences in 2004 and 2013. Low vegetation indices occurred in March–April, around two months after the driest period of the year (December–February), corresponding to months with high detection of fires. Spatially, 65.6% of the fires were recurrent and clustered in agriculture/cropland areas and within 1 km of roads (70%) and only a 4.7% of fires detected were associated with forests. Remaining forests in El Salvador deserve more attention due to underestimated consequences of forest fires. The identification of these clear patterns can be used as a baseline to better shape management of fire regimes and support decision making in this country. Recommendations resulting from this work include focusing on fire risk models and agriculture fires and long-term ecological and economic consequences of those. Furthermore, El Salvador will need to include agricultural fires in the contribution to national accounts emissions.