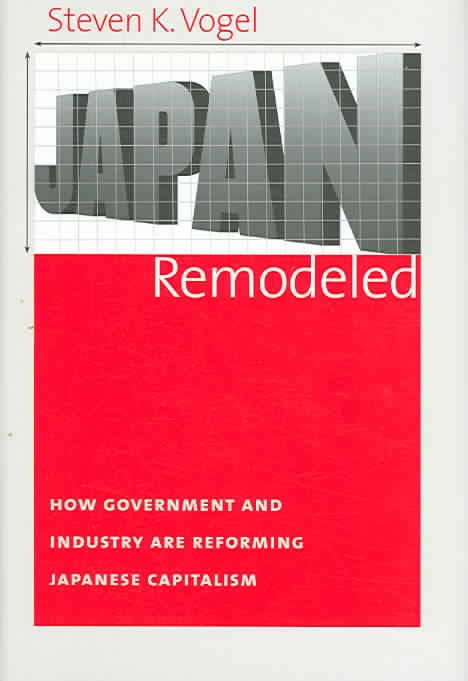 As the Japanese economy languished in the 1990s Japanese government officials, business executives, and opinion leaders concluded that their economic model had gone terribly wrong. They questioned the very institutions that had been credited with Japan's past success: a powerful bureaucracy guiding the economy, close government-industry ties, "lifetime" employment, the main bank system, and dense interfirm networks. Many of these leaders turned to the U.S. model for lessons, urging the government to liberate the economy and companies to sever long-term ties with workers, banks, suppliers, and other firms.

Despite popular perceptions to the contrary, Japanese government and industry have in fact enacted substantial reforms. Yet Japan never emulated the American model. As government officials and industry leaders scrutinized their options, they selected reforms to modify or reinforce preexisting institutions rather than to abandon them. In Japan Remodeled, Steven Vogel explains the nature and extent of these reforms and why they were enacted.

Vogel demonstrates how government and industry have devised innovative solutions. The cumulative result of many small adjustments is, he argues, an emerging Japan that has a substantially redesigned economic model characterized by more selectivity in business partnerships, more differentiation across sectors and companies, and more openness to foreign players.