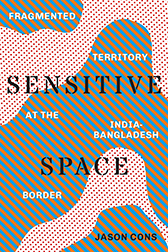 Enclaves along the India-Bangladesh border have posed conceptual and pragmatic challenges to both states since Partition in 1947. These pieces of India inside of Bangladesh, and vice versa, are spaces in which national security, belonging, and control are shown in sharp relief. Through ethnographic and historical analysis, 2005 IDRF Fellow Jason Cons argues that these spaces are key locations for rethinking the production of territory in South Asia today. Sensitive Space examines the ways that these areas mark a range of anxieties over territory, land, and national survival and lead us to consider why certain places emerge as contentious, and often violent, spaces at the margins of nation and state.

Offering lessons for the study of enclaves, lines of control, restricted areas, gray spaces, and other geographic anomalies, Sensitive Space develops frameworks for understanding the persistent confusions of land, community, and belonging in border zones. It further provides ways to think past the categories of sovereignty and identity to reimagine territory in South Asia and beyond. Buy it on Amazon.