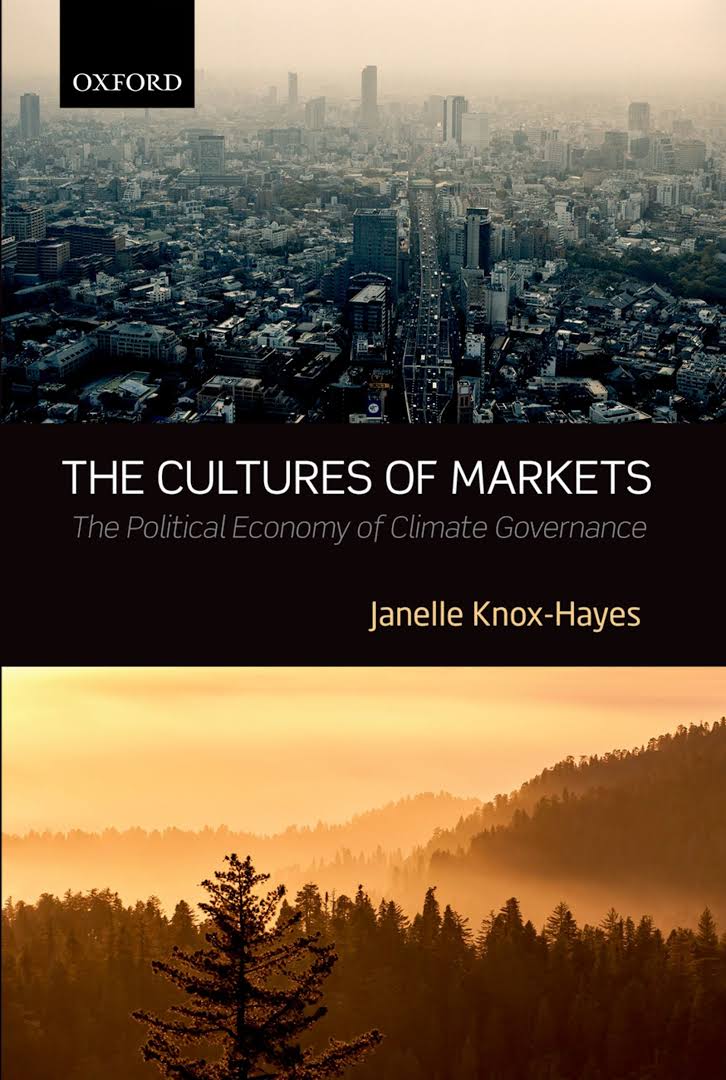 Book written by 2011 Abe Fellow Janelle Knox-Hayes based on her project "Comparative Analysis of the Institutional Development of Environmental Finance in Asia the United States and Europe."

This book explores the establishment of emissions trading as a form of environmental, market-based governance in the United States, Europe, Australia, South Korea, Japan, and China. The book conceptualizes markets as institutions, and analyzes them as a system of climate governance. To this end, it argues that international efforts to promulgate markets run up against local cultures of markets that shape economic practices and knowledge to different degrees. While the global agenda under the United Nations Framework Convention on Climate Change has sought to develop similar systems to enable interconnected and synchronized emissions reductions, each of the cases analyzed here has produced different results.

The markets and climate policies established reflect the syncretic impact of socio-political and cultural context on the institutional transfer of markets. Each country expresses a varying degree of ease or unease with the establishment of markets as systems of climate governance. Exploration of market adaptation adds new insights to theories of varieties of capitalism. The book also examines the material implications of emissions markets on the environment and climatic systems.

In sum, the study finds that cultures of markets present a substantial challenge to a universalist prescription for resolving climate change and highlights issues at the interface of political and economic governance in different political economies. This includes issues of citizen, state, and industry participation, and the materiality of economic and financial productivity.