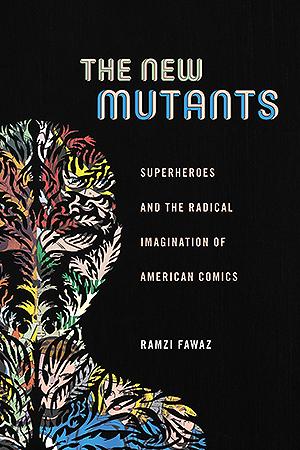 "In 1964, noted literary critic Leslie Fiedler described American youth as “new mutants,” social rebels severing their attachments to American culture to remake themselves in their own image. 1960s comic book creators, anticipating Fiedler, began to morph American superheroes from icons of nationalism and white masculinity into actual mutant outcasts, defined by their genetic difference from ordinary humanity. These powerful misfits and “freaks” soon came to embody the social and political aspirations of America’s most marginalized groups, including women, racial and sexual minorities, and the working classes.

In The New Mutants, Ramzi Fawaz draws upon queer theory to tell the story of these monstrous fantasy figures and how they grapple with radical politics from Civil Rights and The New Left to Women’s and Gay Liberation Movements. Through a series of comic book case studies – including The Justice League of America, The Fantastic Four, The X-Men, and The New Mutants –alongside late 20th century fan writing, cultural criticism, and political documents, Fawaz reveals how the American superhero modeled new forms of social belonging that counterculture youth would embrace in the 1960s and after. The New Mutants provides the first full-length study to consider the relationship between comic book fantasy and radical politics in the modern United States."