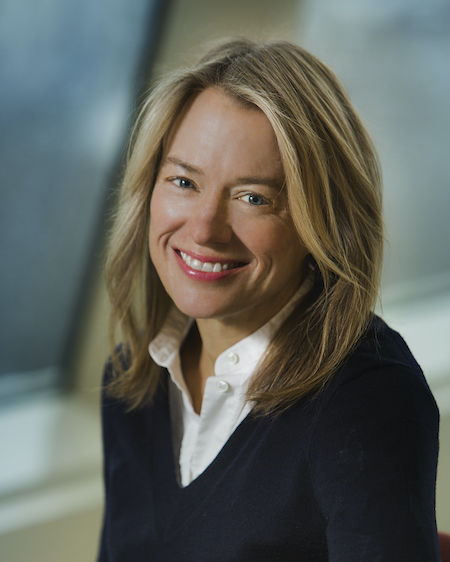 Professor Harvey is a graduate of the Honors Tutorial College at Ohio University. She was the recipient of a Harry S. Truman Scholarship and an Andrew W. Mellon Fellowship in the Humanities for doctoral study at Princeton University. She joined New York University’s Department of Politics after her graduate work and was appointed chair of the department in the year she received tenure. During Professor Harvey’s tenure as chair, the department gained national prominence. In the 2010 National Research Council rankings of doctoral programs, New York University’s Department of Politics was ranked in the top 10 of political science doctoral programs nationally.

Professor Harvey also served as interim dean of the Graduate School of Arts and Science at New York University. During her tenure as interim dean, she worked with colleagues to build an interdisciplinary graduate program in digital humanities, secured NYU’s participation in a grant from the Andrew W. Mellon Foundation to connect doctoral faculty at research universities with undergraduate students at Hispanic-serving institutions, and launched Pathways to the PhD, a pipeline program to provide financial and academic support to doctoral program applicants underrepresented in their fields.

In 2017, Professor Harvey founded the Public Safety Lab at New York University. The Public Safety Lab works with teams of social scientists and data scientists to support more effective and more equitable criminal justice practices. The Lab’s work is supported by Arnold Ventures, the Chan Zuckerberg Initiative, the Pew Charitable Trusts, the William T. Grant Foundation, the Robert Wood Johnson Foundation, the Proteus Fund, the Global Institute of Advanced Study, the Moore-Sloan Data Science Environment at New York University, and private donors. The Lab’s projects include the Jail Data Initiative, a large-scale effort to collect daily individual-level jail records in over 1,000 county jails in the United States, and the Prosecutorial Reform Initiative, a collaborative effort with several district attorney’s offices to understand the potentially harmful effects of misdemeanor prosecution and to develop more effective prosecutorial policies. Other Public Safety Lab projects include an investigation of the effects of fiscal incentives on law enforcement behavior, an exploration of the role of racial bias in criminal appeals in New York State, and an assessment of the role of discriminatory law enforcement practices in perpetuating racial disparities in crime victimization.

Professor Harvey is a National Trustee of Ohio University, her alma mater.