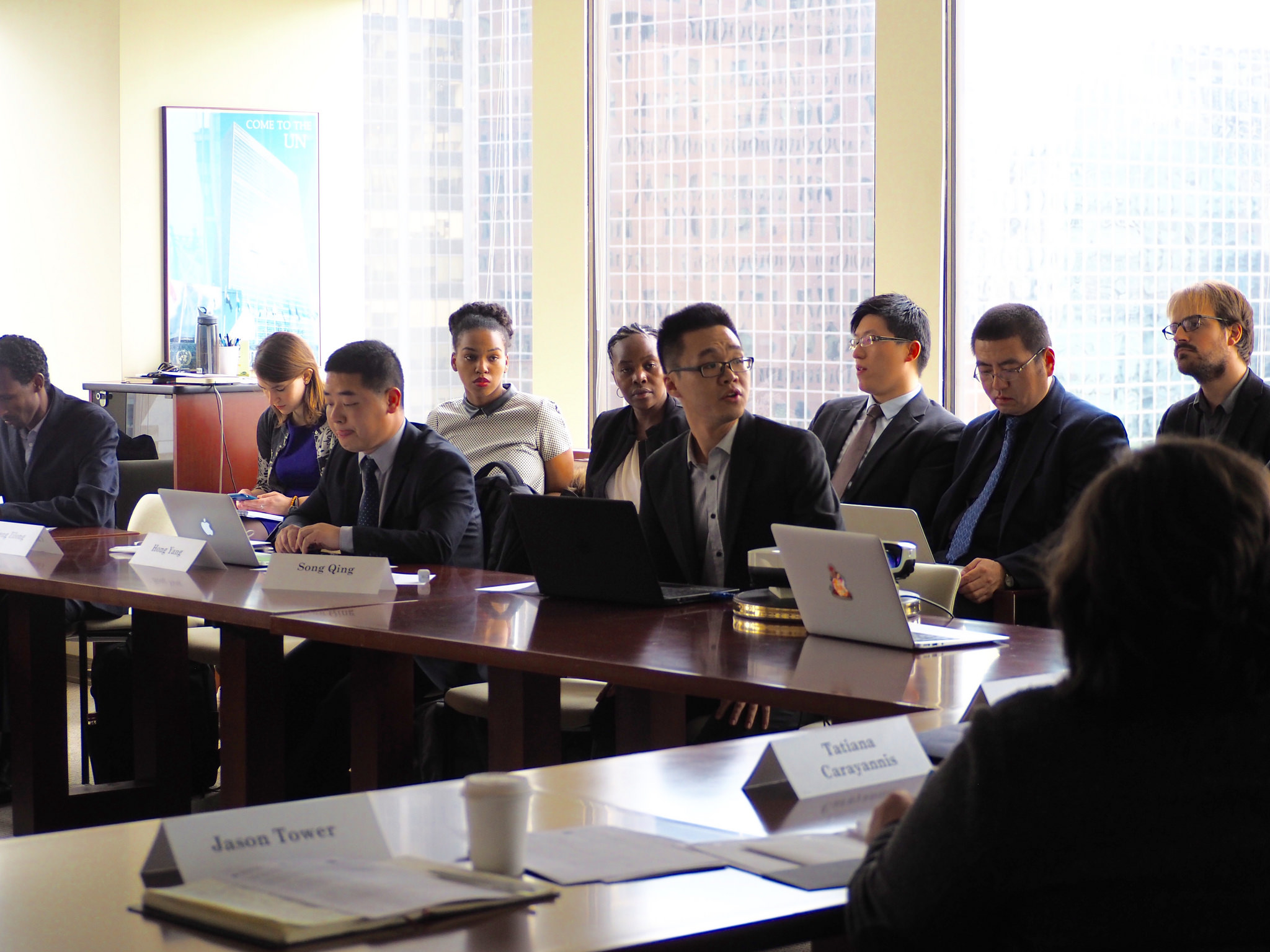 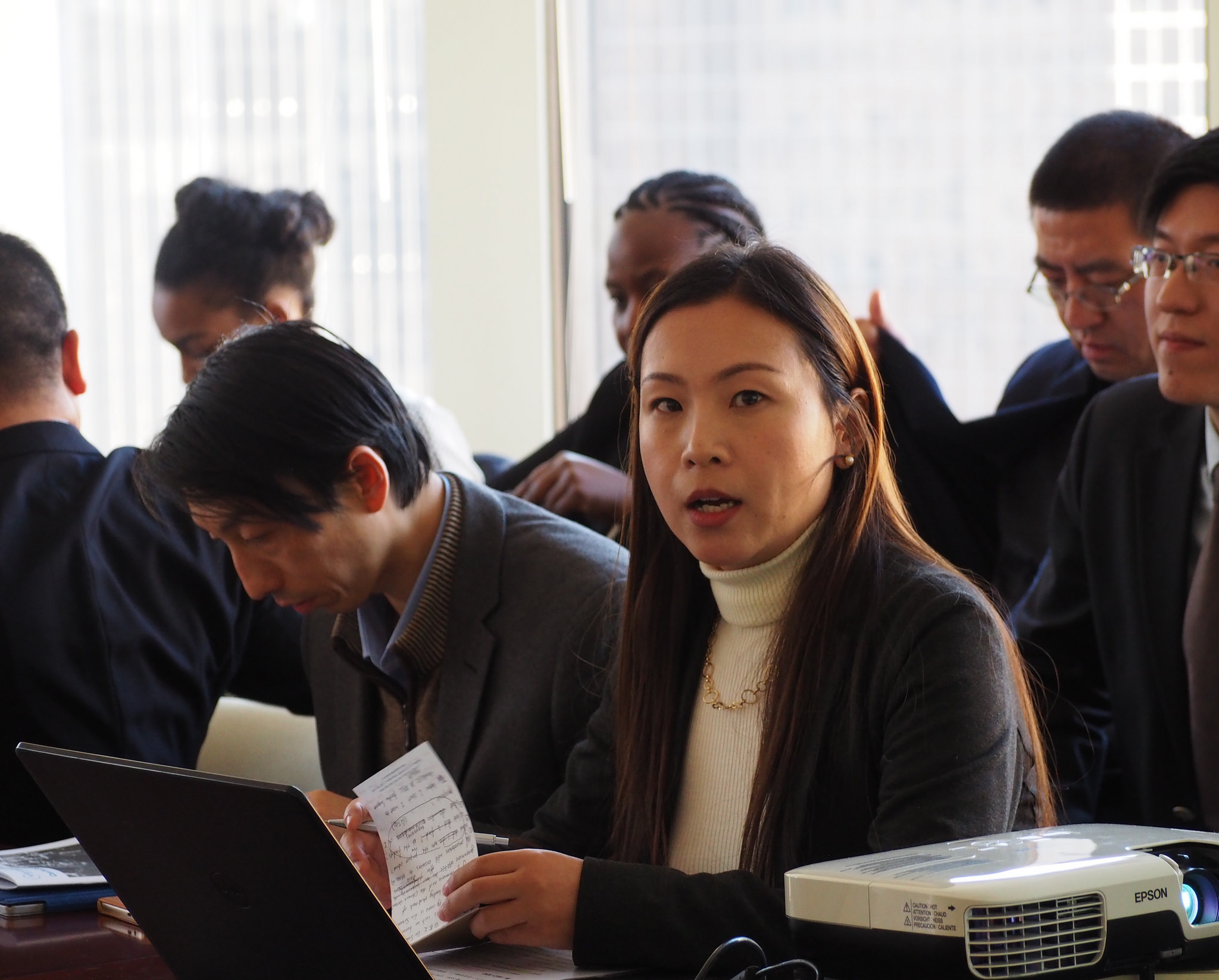 The Social Science Research Council welcomed the cohort of China-Africa Peace and Security Research Fellows, an initiative of the SSRC’s China-Africa Knowledge Project (CAKP) for a two-day event in New York on February 13-14, 2017. The CAKP is funded by the Henry Luce Foundation. The fellowship program is a collaboration of and based on contributions from the SSRC’s African Peacebuilding Network (APN) and Conflict Prevention and Peace Forum (CPPF), and the American Friends Service Committee (AFSC).

The CAKP fellowship was launched in the spring of 2016, as a pilot program for junior Chinese scholars conducting research on China’s engagement with the United Nations (UN) on African peace and security issues. China continues to rapidly expand its participation in UN Peacekeeping Operations, and is becoming more involved in supporting peace operations and peacebuilding efforts in conflict-affected areas, especially in Africa. With support from the joint SSRC-AFSC fellowship, a group of Chinese scholars has recently returned from fieldwork in the Democratic Republic of Congo, Kenya, and Zimbabwe, as well as at the African Union in Ethiopia, where they looked at China’s engagement in UN peace operations, regional partnerships, and the role that China’s commercial interests can play in sustaining peace. The event provided the opportunity for them to first discuss their findings with one another and present them to the staff members of the SSRC, AFSC, and the Quaker United Nations Office (QUNO), and then to share their research findings with a broader policy audience.

On the first day, the SSRC welcomed the fellows to its office for a research workshop. The fellows convened with staff members and advisers—including Jason Tower of the AFSC, Liu Tiewa of Beijing Foreign Studies University, and Tatiana Carayannis of the SSRC—to discuss their research and receive feedback. Tower, Liu, and Carayannis plan to edit an upcoming bilingual academic book featuring the fellows' fieldwork and connecting it to broader civil society and security issues in Africa.

On the second day, the fellows presented their research to a broader policy audience at the Security Council Report, through a discussion on “Chinese Perspectives on Africa’s Peace and Security Challenges: Views from the Field.” The discussion started with a panel on "UN Peace Operations and Regional Partnerships," in which Cheng Zilong of Fudan University and Yang Hong of Beijing Foreign Studies University presented their fieldwork research based in Addis Ababa, Ethiopia. Cheng's research focused on the African Peace and Security Architecture, while Yang's research was a case study of the UN-AU hybrid peacekeeping operation in Darfur (UNAMID). The first panel was moderated by Dr. Cyril Obi of the APN.

For a second panel on “The Role of Business in Prevention and Sustaining Peace,” Jason Tower of the AFSC moderated a presentation and discussion of four more fellows' research: Wang Duanyong of the Shanghai International Studies University, Song Qing of the Shanghai Institutes for International Studies, and Liu Suwen and Yang Jian of the Chinese Academy of International Trade and Economic Cooperation.Song and Wang discussed their fieldwork undertaken at the University of Kinshasa, where they investigated the intersection of business and peacebuilding and the DRC's mineral-for-infrastructure deal, respectively. Liu and Yang presented their fieldwork based in Kenya and Zimbabwe examining Chinese companies' relations with local communities.

You can find additional photos from the event on the APN’s Flickr  and more information on the first cohort of the CAKP Peace and Security Research Fellows here.