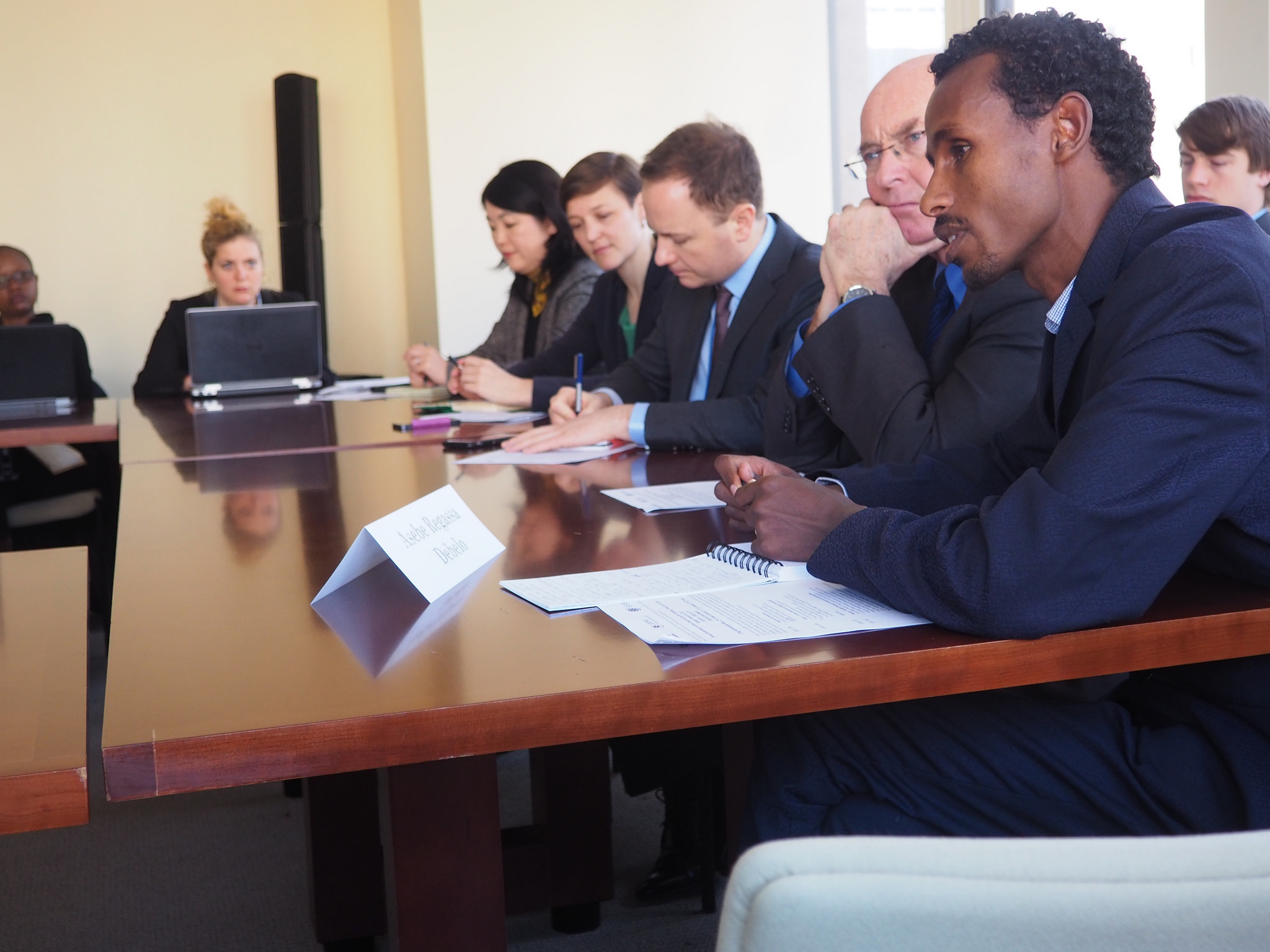 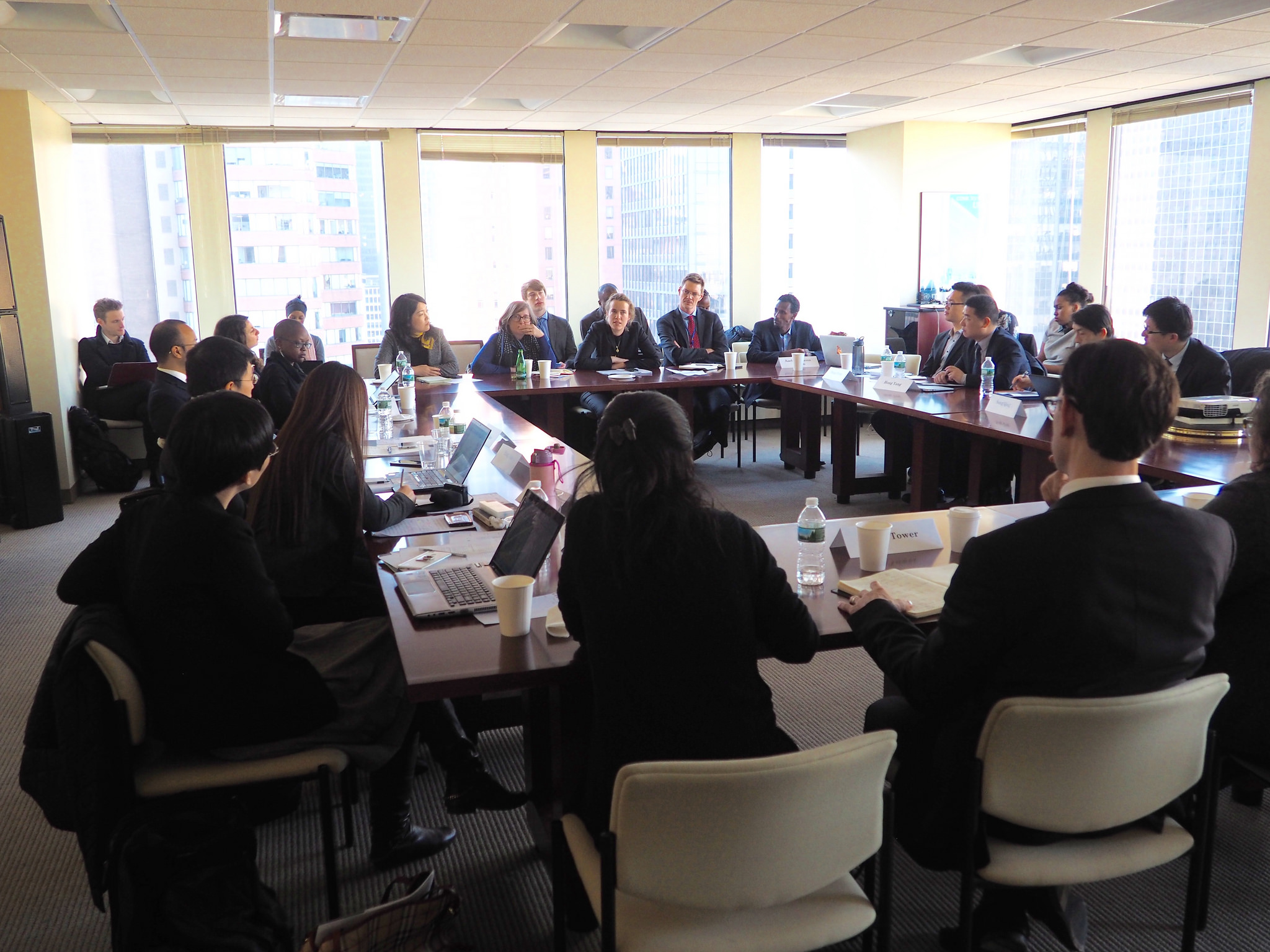 The Social Science Research Council welcomed the cohort of China-Africa Peace and Security Research Fellows, an initiative of the SSRC’s China-Africa Knowledge Project (CAKP) for a two-day event in New York on February 13-14, 2017. The CAKP is funded by the Henry Luce Foundation. The fellowship program is a collaboration of and based on contributions from the SSRC’s African Peacebuilding Network (APN) and Conflict Prevention and Peace Forum (CPPF), and the American Friends Service Committee (AFSC).

The CAKP fellowship was launched in the spring of 2016, as a pilot program for junior Chinese scholars conducting research on China’s engagement with the United Nations (UN) on African peace and security issues. China continues to rapidly expand its participation in UN Peacekeeping Operations, and is becoming more involved in supporting peace operations and peacebuilding efforts in conflict-affected areas, especially in Africa. With support from the joint SSRC-AFSC fellowship, a group of Chinese scholars has recently returned from fieldwork in the Democratic Republic of Congo, Kenya, and Zimbabwe, as well as at the African Union in Ethiopia, where they looked at China’s engagement in UN peace operations, regional partnerships, and the role that China’s commercial interests can play in sustaining peace. The event provided the opportunity for them to first discuss their findings with one another and present them to the staff members of the SSRC, AFSC, and the Quaker United Nations Office (QUNO), and then to share their research findings with a broader policy audience.

The first day welcomed the fellows to the SSRC’s office for a Research Workshop. Staff members and fellows from China, Ethiopia, and the United States convened to discuss progress that has been made on a group book project, during which the contributors presented drafts of their chapters and received feedback from other group members. APN Alumnus, Dr. Asebe Regassa Debelo (2015, Ethiopia) presented on his contribution to the book, which is one of several chapters by African academics intended to contextualize the findings of the Chinese researchers in Africa.

The second day of the workshop provided an opportunity for the researchers to present their research findings to a broader policy audience at the Security Council Report, through a discussion on “Chinese Perspectives on Africa’s Peace and Security Challenges: Views from the Field.” The discussion centered on two panels, “UN Peace Operations and Regional Partnerships,” chaired by APN Program Director, Dr. Cyril Obi, and “The Role of Business in Prevention and Sustaining Peace.” Dr. Debelo—currently the Research Coordinator, Institute of Indigenous Studies, Dilla University, Ethiopia—served as a discussant for the session on “UN Peace Operations and Regional Partnerships” as well, highlighting questions about which new practices and discourses are introduced by China’s engagement with peacekeeping and peacebuilding initiatives in Africa. He also raised the issues of the interests of various actors in these missions, particularly the unsustainable nature of unilateral missions and what role China might play in bridging the gap between the African Union and the UN. If China is to continue its involvement, he pushes for further research into its vantage point, its interests in the region, and if it is possible for China to be an objective mediator.

Please see additional photos from the event on the APN’s Flickr.