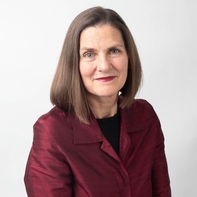 Brigid Schulte is a journalist, think tank director and author of the New York Times bestselling book on time pressure, gender and modern life, Overwhelmed: Work, Love & Play when No One has the Time, which named one of the notable books of the year by the Washington Post and NPR, and won the Virginia Library Association’s literary nonfiction award.

She was an award-winning journalist for The Washington Post and The Washington Post Magazine for nearly 17 years and was part of the team that won the 2008 Pulitzer Prize. She now serves as the director of the Better Life Lab, the work-life, gender equality and social policy program at New America, a nonpartisan think tank, which uses data, storytelling, practical solutions and policy analysis to highlight how redesigning work, work-life enrichment, gender equity and well-designed family policies are keys to excellence, productivity and innovation, as well as full, authentic and meaningful lives for everyone. She hosts the forthcoming Better Life Lab podcast on Slate’s Panoply network.

She has spoken all over the world about the causes and consequences of our unsustainable, always-on overwork culture, and how to make time for The Good Life by redesigning how we work, by re-imagining gender roles for a fairer division of labor and opportunity at work and home, by rewiring public policy, and, instead of seeking status in busyness, by recapturing the value of leisure. Her work has appeared in numerous publications, including Slate, The Atlantic, The Boston Globe, New York Magazine, Fast Company, Time, Quartz, the Guardian and others. She has been quoted as an expert or featured in numerous publications, including Fortune, the Financial Times and others, and has appeared on a number of TV and radio programs, including CNN, The BBC, NBC and MSNBC, Fresh Air with Terry Gross and NPR’s Morning Edition.

She lives in Alexandria, Virginia, with her husband, Tom Bowman, a reporter for National Public Radio, and their two children. She grew up in Portland, Oregon and spent her summers with family in Wyoming, where she did not feel so overwhelmed.