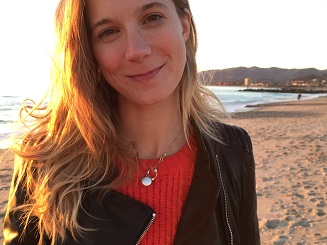 Carolyn Kormann earned a BA in English literature and Spanish at Middlebury College, in rural Vermont, where she graduated magna cum laude.  She then moved to the US Virgin Islands to work as a reporter for a local newspaper, covering politics, crime, sports, education, and environmental issues. In 2006, she received a fellowship from New York University’s Center for Latin American and Caribbean Studies, and in 2008, graduated from NYU with a dual master’s degree in Latin American studies and journalism. She received a Middlebury Fellowship in environmental journalism for a project investigating the impacts of climate change in the Andes Mountains of Ecuador, Peru, and Bolivia. Kormann joined the New Yorker’s editorial staff in 2011 as a fact-checker, began writing for the magazine in 2012, became the co-deputy head of fact-checking in 2014, and became a web editor and the head of fact-checking for newyorker.com in 2015. She won a James Beard Award in 2016. She is now a New Yorker staff writer, primarily covering climate change and the environment.